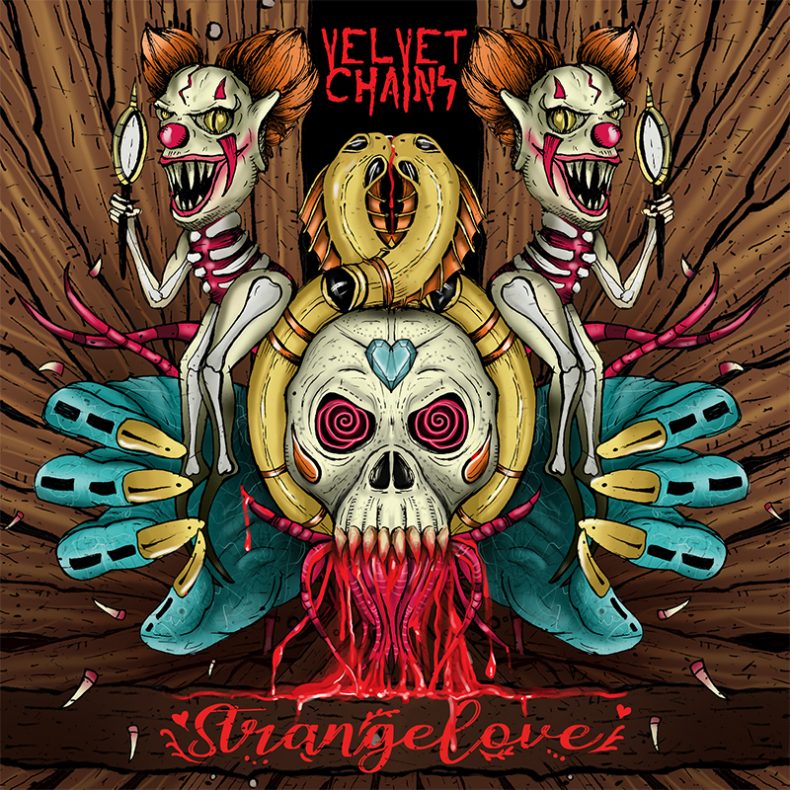 About “Strangelove” – “Strangelove”, the latest offering of the LP, deals with an odd one-sided attraction that borders on straight up obsession. The brooding instrumentals, featuring pained vocals and a passionate guitar solo, serves as a petri dish of sorts, cultivating an uneasiness and intensity that channels the sounds of hard rock greats like Velvet Revolver, Audioslave, and Alice In Chains.

About Velvet Chains – Known for showcasing heavy riffs, driving beats, melodic guitars and soaring vocals in their live performances, this background gives the Las Vegas four piece group an edge in delivering red hot and crowd pleasing rock ‘n’ roll. With the help of multi-platinum songwriter Drew Lawrence, esteemed sound engineer Greg Williamson plus collaborations with Guns N’ Roses’ Richard Fortus, Velvet Chains combine such synergetic energies with their onstage prowess to create upcoming album Icarus, a project  barreling through heavy rock, grunge, and pop punk sounds with the intensity not unlike that of the sun.

“We feel this song is likely our most radio friendly. The recording process was a little challenging as it’s significantly more upbeat than the rest of our songs. It has now become one of our favorites to play live.”