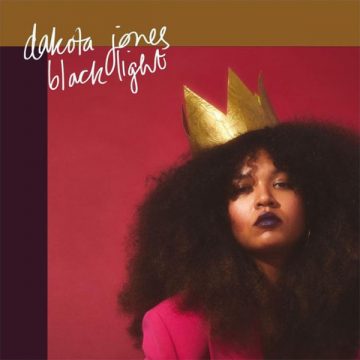 When you love old-fashioned blues and soul and want to refresh them for the tastes that are prevalent today, you really have a problem ahead of you. You want to keep ‘that old stuff’ in its original state as much as possible, and yet you want audiences weaned on some other sounds to appreciate and find out the reasons why you love that music. And you also want to come up with all original material too.

That is the kind of dilemma Brooklyn band Dakota Jones finds itself in with its debut album Black Light. But the band’s leader, Tristan Carter-Jones, has soused the essence of all the essences Dakota Jones tries to cover and has transferred it into some immaculate songwriting, vocals, and musicianship. The stellar team of players that includes the likes of guitarist Randy Jacobs (formerly with the brilliant Was Not Was) certainly helps.

Tracks like the one with no title or “Did It to Myself” at the same time, bring both new and old and combine them into something quite special, and more or less timeless.

One of the best debuts so far this year.

Formerly a lot of things, including a journalist and a translator, currently a freelance writer living in The Netherlands.
RELATED ARTICLES
album reviewalbum reviewsblack light
10