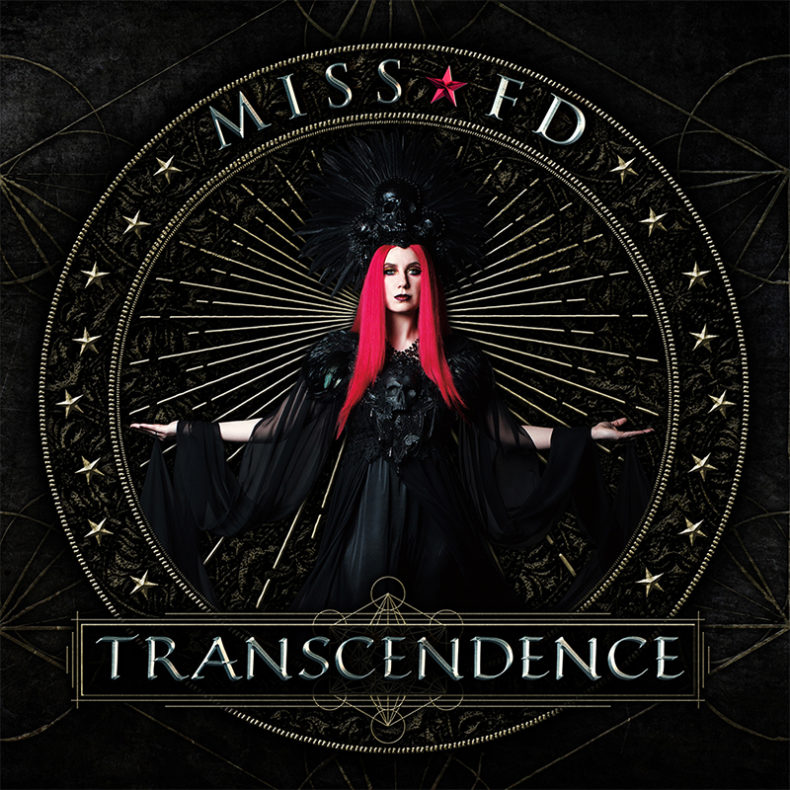 The new album is available on PledgeMusic, iTunes, and other digital music outlets. PledgeMusic orders include special access to behind-the-scenes entries from Miss FD made while creating Transcendence, plus availability of a limited edition 4-CD discography with Transcendence and Miss FD’s prior albums Monsters in the Industry (2010), Love Never Dies (2011) and Comfort for the Desolate (2013), as well as other exclusive merchandise.

The opening track “Despair” is also featured in a new music video directed by Chad Michael Ward, which “invokes feelings of isolation and existential suffering,” says Miss FD. “Once accepted through self-examination, these emotions can become a source of primal healing, rather than an over-medicated symptom.”

Introspection and acceptance thematically permeate the album, which concludes with “Icarus”, after the Greek mythological figure who famously soared on wings too close to the Sun.