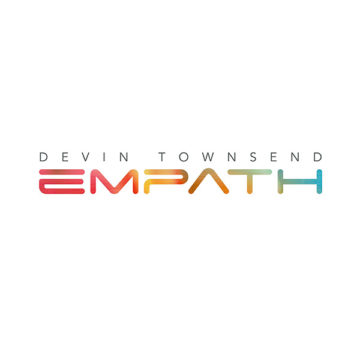 There can be no debating the musical genius of Canada’s own Devin Townsend. For his 18th studio studio album and arguably his first solo one, Townsend has already given fans a unique glimpse into the making of the album, the reasons for going solo, dissolving the Devin Townsend Project, and more via a series of Youtube videos. Enlisting some major talent from former Frank Zappa collaborators and many more, Empath is likely to satisfy his fanbase, but musical genius doesn’t guarantee a good listen.  Luckily on most fronts, Empath is a success.  A bizarre, flawed one, but a success nonetheless for fans of progressive music with just a touch of metal.

Empath opens with “Castaway” which has ocean waves and seagulls giving way mid-song to steel drums segwaying into single “Genesis.” This track is almost like “Paranoid Android” by way of Andrew W.K., with melodies all over the place but lyrics relating to self-actualization which fans will adore and detractors will loathe.  Townsend sings that we can’t just “sail away/Because you’re so in love with this island of the mind.” There is no shortage of Buddhist-leaning/collective humanism on the album, and in an era when nihilism and black metal-influenced bands are experiencing perhaps their zeitgeist in the genre, Townsend’s niche is certainly unique as well as a palate cleanser of sorts after bingeing on say Behemoth or At the Gates. While there are blast beats and triplet riffs to be had, there are many songs where the synths are vying for the most valuable instrument. Choral pieces and many clean vocal parts are front and center for Townsend and frequent collaborator Anneke van Giersbergen.

To be certain, Townsend has wholeheartedly embraced his theatrical, almost Broadway side here, to varying levels of effectiveness. Like most progressive metal, Empath definitely demands repeated listens to truly appreciate each song for what it is.  Casual music fans need not apply to this one, but if earnest complexity is in your wheelhouse, this might be one of your favorites of 2019.

Wayne grew up in southwestern Virginia on a steady diet of country music before graduating to the Clash, Danzig, Fugazi and the indie and grunge scenes in the 1990s. He lives for live music and writes for Spill as a backup plan in case Trump wins re-election and he needs some Canadian connections.
RELATED ARTICLES
album reviewalbum reviewsempath
8.0