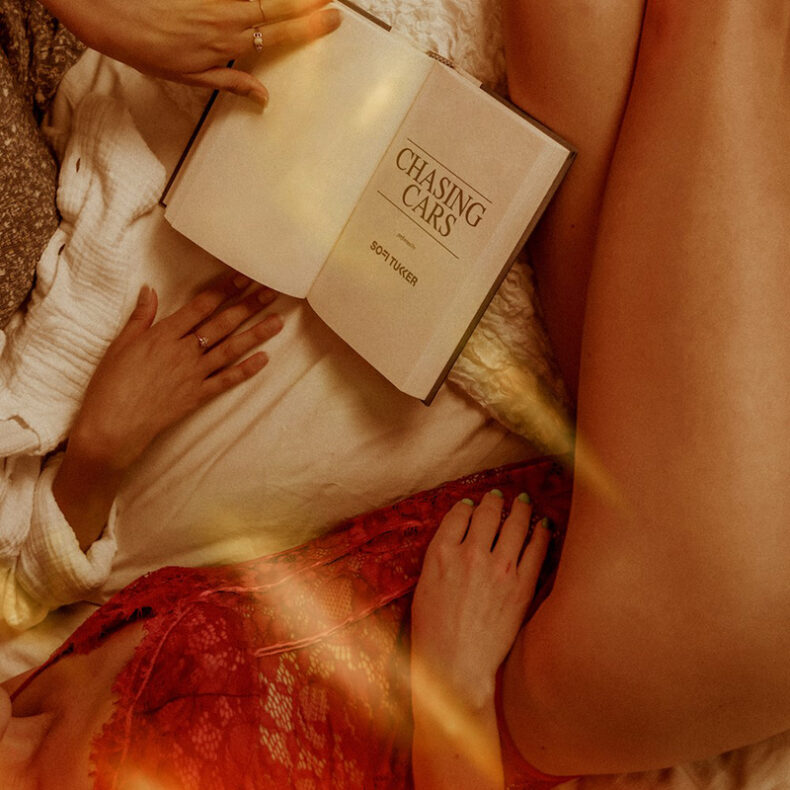 SOFI TUKKER are ending their meteoric year with the release of their cover of Snow Patrol’s classic “Chasing Cars”. The duo recasts the song as a vulnerable duet that waxes and wanes, echoing intimate conversations. The band share about the song, “Chasing Cars is a song we both bonded over. It depicts that state… of being intimate with someone, of forgetting the whole world exists, when you’re together. The lyrics couldn’t be more perfect. The two opening notes are iconic. We still can’t believe we even dared to touch it… it’s such a masterpiece already. Tuck doesn’t usually volunteer to sing, but there’s probably no other song he’s sung more in his life. So he was comfy enough to give it a go. We first made it to perform on Triple J, an Australian radio station, and then we realized it’s the perfect way to wrap up an amazing year. Last week marked 1000 days since the Freak Fam started, the community that built around the livestream DJ sets we did during the pandemic. We hope it pulls at the heartstrings of people who once listened to this song the way we did, and maybe it’ll introduce some people to the song altogether, in which case… you’re welcome. We feel lucky to have been able to have fun with it. Thank you Snow Patrol for writing one of our favorite songs ever.” Listen to it here and watch the visualizer,  and check out the Triple J live performance.

SOFI TUKKER have also announced they have become brand ambassadors for and co-owners of Novo Fogo, a rainforest preservation steward and producer of award-winning Brazilian sugarcane spirits and ready-to-drink cocktails. The group’s areas of focus will include brand growth and strategy, rainforest conservation initiatives, product development and innovation, and content creation.  Novo Fogo is a carbon-negative company and the only independent craft cachaça brand to wholly own its distillery and sugarcane fields. With a distillery located in the heart of Brazil’s coastal rainforest, conservation is a core principle of Novo Fogo’s  mission. SOFI TUKKER’s partnership with Novo Fogo will allow the duo to directly participate in conservation  initiatives like The Un-Endangered Forest™, the company’s reforestation project in Brazil to save 36 species of trees from extinction.

In celebration of the partnership, the group says, “We have a lot in common with Novo Fogo – we share a core love of Brazil, fun, and environmentalism. Cachaça is Tuck’s favorite drink and Soph doesn’t drink alcohol, but she’s still at the same party… both having the best time. This partnership works because Novo Fogo is so much more than cachaça and spirits; they are a powerful rainforest preservation steward, and we’re enthusiastic participants in the reforestation project The Un-Endangered Forest. So if you do decide to drink, we hope you’ll drink Novo Fogo because you’ll be planting trees in the Brazilian rainforest at the same time! We’re excited to help introduce this classic Brazilian drink to more people around the world.”

The duo’s WET TENNIS fashion line, created in collaboration with renowned designer Johnny Wujek, has just restocked the online store after the first drop quickly sold out. The line includes the unisex outfits worn by the group on the WET TENNIS album cover, accessories, and of course the radiant color ombre of the album iconography. They debuted the collection at this past New York Fashion Week with a rooftop presentation at Spring Studios.  Sign up at  http://wettennis.club to stay posted on new drops.

Along with the fashion line, the duo has a WET TENNIS tour merch line, which is available on their webstore along with an ombre picture disc vinyl that is now in stock.

2022 saw SOFI TUKKER play the biggest shows of their career across the globe, bringing WET TENNIS’ celebration of resilience to life with jubilant career-spanning sets featuring Bob’s Dance Shop that break down the boundary between performer and audience. The European leg sold out from Paris to Ankara and the first North American leg included shows at Berkeley’s Greek Theatre for an audience of 8,500, Los Angeles’ Shrine Expo Hall for 7,500 fans and a hometown set at the Brooklyn Mirage to a capacity crowd of 5,000. They also had their Austin City Limits set broadcast on both Hulu and Sirius this October. They also  achieved their second gold record in the United States this year as the RIAA certified their single “Purple Hat” gold in August. The group’s international smash “Best Friend” was previously certified gold. That followed their two GRAMMY nominations for their single “Drinkee” and album Treehouse.