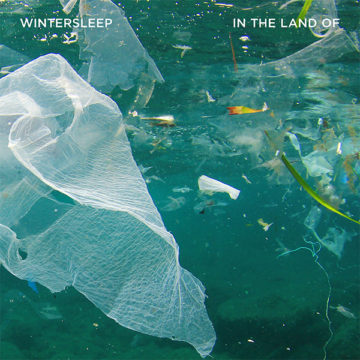 Wintersleep
In The Land Of
Dine Alone Records

Wintersleep have developed an interesting trend over the past sixteen years since their 2003 debut, self-titled album. Though they are now, with 2019’s In the Land Of, seven albums deep, they have never gone more than two truly solid releases in succession. Their real breakthrough came in 2007 with Welcome to the Night Sky and was followed by a more mature, studio-polished release in 2010 with New Inheritors. 2012’s Hello Hum was a step backwards with almost four years passing before the release of an album that received great acclaim, The Great Detachment, led by the single “Amerika”. Unfortunately, the downwards trend in overall quality has struck again with In the Land Of, an album with sincere intentions but disappointing end results.

Clearly influenced by its environment and surroundings, In the Land Of seems to be a meditation on the impact that the land upon which we live here in Canada shapes our reality as Canadians. The very fact that the title suggests at incompleteness says much about the band’s relationship with the nation that they have traveled and toured exhaustively. Lyrically, there is much to take from In the Land Of, with the standout track in that regard “Beneficiary” which seems constructed around the idea that the majority of Canadians live daily as beneficiaries of the cultural genocide perpetuated against our indigenous nations, especially in terms of the land upon which we live, work, and travel. Unfortunately, the kryptonite that is knowing how to end a song is rampant across the album and most notably on “Beneficiary” in which, instead of working towards a solid conclusion, the band resort to their habit of repeating themselves both musically and vocally to the point of distraction and decreased overall impact.

A valid attempt with sincere intentions, In the Land Of fails to live up to its potential and continues many of the worrying trends that have plagued the band since their inception. If there is a silver lining, it’s that the next one should be great.

Br. lives in southern Ontario, grew up on The Beatles and The Journeymen, spent his adolescence immersed in grunge, and his adulthood in British alternative. His greatest joy is seeing his son dance and grow into his own appreciation of the indescribable joy of music...
RELATED ARTICLES
album reviewalbum reviewsdine alone records
8.0