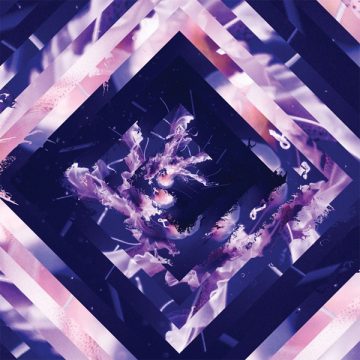 Silverstein has long been at the forefront of bands in the scene when it comes to staying power. With their consistent versatile nature for each release to date, they have always kept the genre they represent sewn into their newly crafted creations they weave into every experience. This is no different here on A Beautiful Place to Drown.

From the beginning, we are greeted with the artistic and dazzling first “Bad Habits” featuring Canadian progressive guitarist Intervals.Insanely energetic guitar riffs coat the entire track as it effortlessly flavors mixtures of clean and gut-punching vocals along with percussive elements that accent well written lyrical delivery. We then cycle through the next few tracks such as “Burn it Down” featuring Caleb Shomo, “Where Are You”,  and “Infinite” featuring Aaron Gillespie. These keep the diverse and vigorous nature of the record strong. Consistent great vocal harmonies compliment each track as clever atmospheric instrumental work and genius guitar lines intermingle with each other with great finesse.

However, the best gems do not surface until we hit “Shapeshift”, a song that not only stands out for its gorgeous intimate lyrics but also outdoes the previous tracks by demonstrating their signature hard-hitting emotional instrumentation they have worked so hard at perfecting over the years.Other movements such as “All on Me” is a track that is pleasantly alien to the rest of the album as it’s atmosphere is very dream-like and stripped down compared to the rest of the tracks. It’s implementation of the saxophone is also a something that is surprising but a welcomed experience at the same time.

“Say Yes” is by far the most infectious experience on the record as it promotes a lot of the replay ability that the band is known for. Potent with bubbly and positive guitar patterns intertwined with sing-song vocal delivery, it drives the record’s intensity forward, making it one of the best tracks on the album.

Lastly, we come to the last few favorable junctures here, “September 14th” and “Take What You Give” featuring Pierre Bouvier. Tapping into a totally different instrumental vibe that crosses the lines of pop punk and hard rock, they successfully accomplish this with flying colors. While different, it doesn’t distract from the record’s overall genre makeup, as this isn’t the first time this genre jump happens in A Beautiful Place to Drown.

A Beautiful Place to Drown displays a sound palette that is comprised of so many different musical elements that make this a satisfying listening experience on so many levels. Silverstein has created a record that is well-balanced showing spontaneity with combining hard rock elements and other genres to further enhance the albums listening experience. It’s a creation that doesn’t sign on the dotted line to feature one sound, and in that sense it’s delightfully universal to all types of rock fans. Silverstein has come back with guns blazing not to prove that they have what it takes to contend with newer acts, but to show they will consistently bring something new to the table that will make them stand out, and in that regard, this was done flawlessly.

Samantha Andujar is also a music journalist for Outburn Magazine and creator of Into The Void. She loves rock music, video games, wrestling, anime, and horror movies.
RELATED ARTICLES
a beautiful place to drownalbum reviewalbum reviews
9.0

by Samantha Andujar on May 6, 2022
Silverstein Misery Made Me UNFD/NSEW Recordings Over the years, many will have formed a variety of different opinions when it comes to post-hardcore heavy-hitters, Silverstein. But when [...]