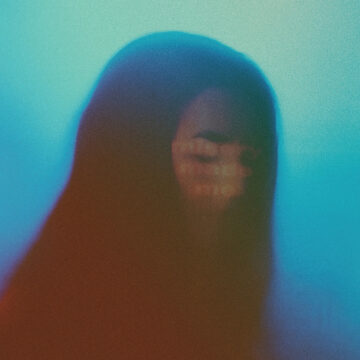 Silverstein
Misery Made Me
UNFD/NSEW Recordings

Over the years, many will have formed a variety of different opinions when it comes to post-hardcore heavy-hitters, Silverstein. But when it comes to redeveloping soundscapes for every album release, not one band comes close to the 22 years this act has been around to reaching the unique fortitude or their level of success. They have redefined what it is to be a band in this genre with each release. That bar is constantly set higher, not because of the benchmarks of creativity, but because it holds no bounds as to where they will go to reach that level of creative drive.

The same holds with their new album release, Misery Made Me, via UNFD. A weighty, gritty, and more emotional turn from their last pop-influenced 2020 release, A Beautiful Place To Drown, Misery Made Me returns to a place of heavy nostalgic bliss, flanked by themes of personal miseries, and a part declaration that they will not be buried by them.

Strong moments like “Die Alone,” speak volumes about the band’s classic massive nature, only dialed to 11. Throwing caution to the wind, Silverstein releases unbridled fury and keeps us on our toes. Fundamentally different from anything previous to it on the record, it shows how undeniably good Silverstein is at instrumental risk and excelling. While the track itself is already a knockout hit, vocalist Andrew Neufeld of Comeback Kid definitely adds an extra spice to the song to keep things interesting.

Another gorgeous and distinct track is “Cold Blood.” Emotionally beautiful and immensely profound, it takes us on a deep and powerful lyrical journey that many will replay over again. One of the strongest songs on the record, adding singer and songwriter Trevor Daniel paid off in this superbly done experience.

Perhaps one of the heaviest and most magnificent leviathans on Misery Made Me is “The Altar/Mary.” A mashup of genres that pulverizes us colossal instrumental punches that effortlessly drips into infectious electronic dreamscapes, “The Altar/Mary confidently proves that Silverstein is far from out of the race when it comes to delivering the best in the genre. This is just another unique cycle for the torchbearers, and other bands need to catch up.

The hits keep coming with numbers like “Slow Motion.” Catchy and infectious, many fans will feel right at home instrumentally and lyrically with this listening experience. Featuring Mike Hranica of The Devil Wears Prada, this callback to the early scene shows that Silverstein has not forgotten their roots but expands upon them with haunting resonance lyrically and emotionally.

The album ends with melodically impassioned “Misery.” A slow and welcomed way to end an already emotional rollercoaster of an album, “Misery” takes a step back from all the aggressiveness and gently leaves us with a moving lyrical centerpiece.

After 22 years of making music, Silverstein continues to flourish when most would not or would have called it quits. This was not the case for Silverstein in the slightest. Misery Made Me is a poignant punch to the chest, fervidly showing the world through a self-aware lens as we change and grow through our daily surroundings. Silverstein forever blossoms, and when met with adversity, never wilts. No one really knows the secret to how Silverstein continues its constantly growing path to success, even in dark times such as these. But if they continue to make beautifully touching album releases like this, the universe will have them around for many more years.

Samantha Andujar is also a music journalist for Outburn Magazine and creator of Into The Void. She loves rock music, video games, wrestling, anime, and horror movies.
RELATED ARTICLES
a beautiful place to drownalbum reviewalbum reviews

by Samantha Andujar on January 19, 2022
CUE THE CURTAIN CALL, ROLL THE CREDITS, IT’S OVER A CONVERSATION WITH PAUL KOEHLER OF SILVERSTEIN When it comes to [...]
9.0

by Samantha Andujar on March 6, 2020
Silverstein A Beautiful Place to Drown UNFD Silverstein has long been at the forefront of bands in the scene when it comes to staying power. With their consistent versatile [...]