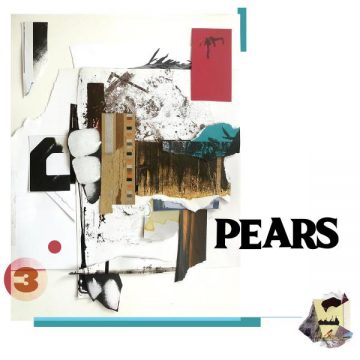 New Orleans hardcore punks PEARS have released their third full-length.  Established in 2014, the four-piece is known for its singular blend of hardcore punk that crosses all limitations of the genre. The result is a charmingly fragmented punk-based sound that falls together, generating something that is explicitly PEARS.

In true PEARS fashion, the self-titled record was recorded quickly and efficiently, with a couple of tracks being written off the floor in studio. The frantic and untamed sound features rolling toney bass, blistering guitar, and lightning speed punk beats featuring lots of cymbal hits. On top of the backbone of ‘80s-style hardcore punk, Zach Quinn’s versatile vocals encompass pop punk refrains, thrashy growls, and even some surprising falsetto.

It’s not all bad times, however. “Naptime”, written on the spot in studio, has a tinge of humour with gang vocals proclaiming that “It’s time to take a nap.” The track listing is shaken up with pop ballad “Traveling Time”, complete with ear-pleasing guitar leads and harmonious vocals.

The album is a little dark, a ton of fun, and a lot of songs crammed into 31 minutes. This is its greatest feat, as it doesn’t overwhelm. It’s an album full of intricacies and cleverness, which makes it irresistible to listen to multiple times.