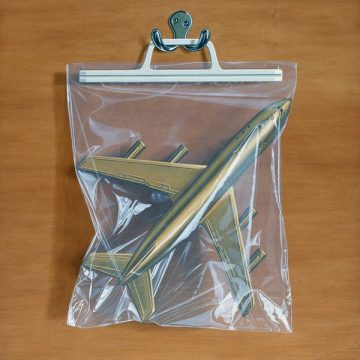 Ants From Up There is the second studio album from Black Country, New Road. Just four days prior to the release of the album, lead vocalist Isaac Wood left the band citing struggles with his mental health, and causing their American tour to be canceled. At this time, the band has said they will continue on as a six-piece.

It is a shame that this will be the last album featuring Wood on vocals. He has a truly unique voice and a very original manner in which he expresses himself. Ants From Up There is true genius and an amazing album.

The best word to use to describe their sound is experimental. They combine styles and sounds and create truly remarkable music. One of the first things that hits you is the use of horns. They appear where you least expect them. For example, the lengthy “The Place Where He Inserted The Blade” starts off as a painful piano ballad, but ends with full-fledged “Hey Jude” style sing-along with some fine saxophone from Luke Mark. It is far from happy, but the combination of all these elements makes it instantly accessible yet a little frightening.

Ants From Up There goes places one does not expect and those willing to go along for the ride are rewarded with a bleak and somewhat distorted view of everything one sees. One of the first singles from the album, the epic nine-minute-plus “Snow Globe” is, quite simply, one of the most emotion-filled songs I have heard in many years. It ends with what can only be described as a mantra as Wood repeats “Oh god of weather/Henry knows/Snow globes don’t shake on their own.” Wayne’s drumming is full force and somewhat violent against the calm music of violin and saxophone. Words do not do it justice. It is a work of art and one that is almost otherworldly.

Aspects of folk music flow in and out of the album, instrumentals provide a respite at times,  but the overall impact of the album is kind of like a hammer. It is forceful in its own way, and it is Woods incredible vocals that propels the album. It stands, quite simply, on its own. The album ends with the incredible “Basketball Shoes”. Again, over 12 minutes and each second of each minute is absolutely necessary. The sparse opening of just a guitar is breathtaking, especially after “Snow Globe”, but then the song starts going into unexpected places. Again, it is the drums that steals the show and almost competes with Wood’s vulnerable vocals.

Ants From Up There is an incredible album. Given Wood’s sudden departure from the band, a new light is shone on the lyrics and the album. It is easy to read into the lyrics but the fact remains this is a deeply personal. It is very sad that it is the last album that includes Wood. Who knows, maybe they can keep coming up with interesting music following his departure, but here, everything is in its place.