SPILL NEWS: THE USED ANNOUNCE UPCOMING SINGLE “FUCK YOU” | TOUR DATES INCLUDING ‘WHEN WE WERE YOUNG’ FESTIVAL 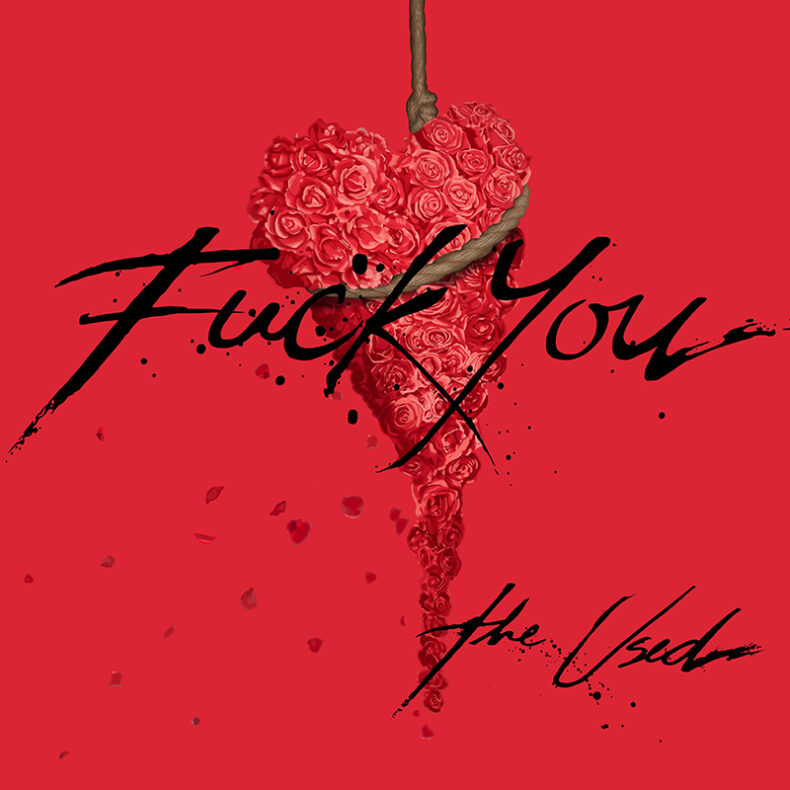 Rock icons The Used are back with a big “Fuck You” to their fans – their new single, “Fuck You”, will be released on October 21 via Big Noise. The track comes ahead of the band’s performance at the highly anticipated When We Were Young Festival on October 22, 23, and 29.

Fans can pre-save “Fuck You” now at https://bignoise.ffm.to/theusedfu

Established in 2000, The Used was brought to life and have since released a collection of albums that pioneered the scene of emo rock. High energy live shows, gut wrenching relatable lyrics, and melodies that blended pop sensibility and hard rock was the perfect combination to make an everlasting impression on fans globally.

The Used released their ninth studio album, Heartwork (Deluxe), in 2021 via Big Noise. The extended album features 11 never-before-heard tracks that were all written during the original Heartwork (2020) sessions. A variety of collaborators including producer John Feldmann, co-writer Mark Hoppus (Blink-182), guest artists Travis Barker, Jason Aalon Butler (Fever 333), Caleb Shomo (Beartooth) and more helped deliver this now 27-track album that simultaneously showcases what made The Used emerge as one of the most prolific bands of the early 2000s as well as what has kept them at the forefront of the genre ever since. The band locked in #4 spots on both the Top Alternative and Top Hard Rock Album charts, #11 on Top Rock Album charts as well as landing in the Billboard Top 200 at the #87 spot.

* Festival Appearance
^ with A Day To Remember

SPILL NEWS strives to keep our readers up to date with news and events in the music industry. We keep you informed of the most recent information regarding new releases, tour dates, and information items about your favourite artists.
RELATED ARTICLES
a day to rememberbig noisefuck you

by SPILL NEW MUSIC on March 20, 2022
ALEXISONFIRE ANNOUNCE NEW ALBUM OTHERNESS OUT JUNE 24 DINE ALONE RECORDS ALEXISONFIRE is excited to announce Otherness, the first full-length album in over 13 years from the band Rolling Stone declared “put Canadian post-hardcore on the [...]