New Music
102
previous article
SPILL ALBUM PREMIERE: THE STEENS - LIFE ONE
next article
SPILL NEWS: THE USED ANNOUNCE UPCOMING SINGLE "FUCK YOU" | TOUR DATES INCLUDING 'WHEN WE WERE YOUNG' FESTIVAL 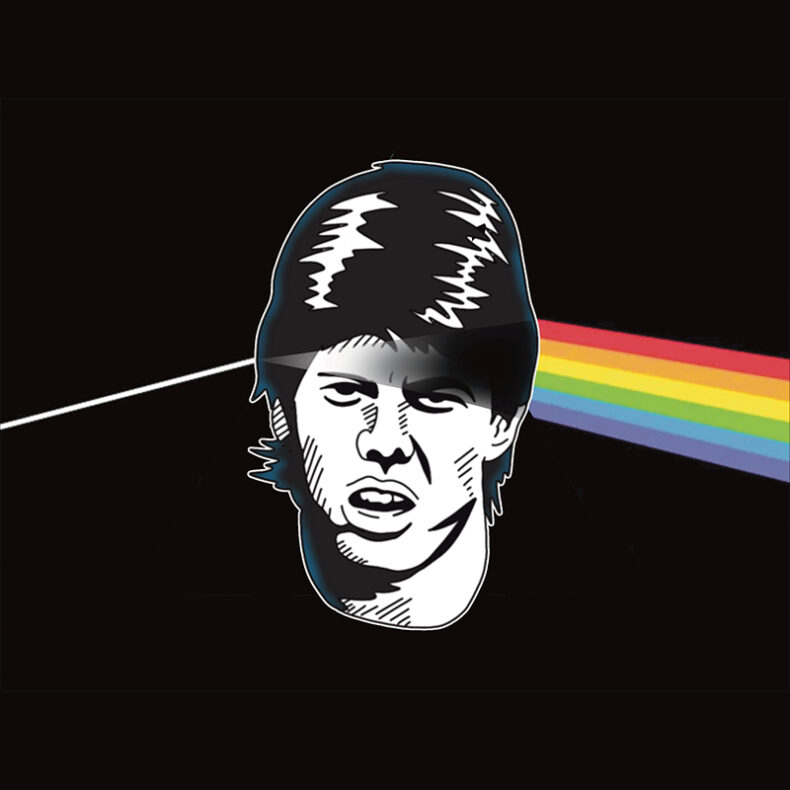 Grimelda (FKA The Faps) is the collaborative art-punk meets freak-rock project of Blair Colwell and Skyler Cafferata from Saskatoon.

After 10 years in the making, they’ve set their sights on global expansion, innovative musical collabs, and a live show that is even more refined and unhinged. Expect to be pleasantly annoyed and excited by a louder, weirder, and wilder duo that forever lurks in plain sight.

George is a good old rocker dude who wrote songs about rocking out so we figured he’s a fitting subject. It’s about embracing your inner George and saying to yourself “heck ya, I rock!”

We literally and purposefully ripped off other rock songs and made our own “conventional” rock anthem. The point was twofold: rock music is dumb and everyone steals ideas but also rock ‘n roll is FUN so who cares.

There’s a reason musical tropes get recycled over and over and that’s because they’re effective. Also, most of our songs are rather eclectic so writing something “normal” is maybe a bit strange in the context of our band. It was really enjoyable and different to just write something straightforward.

Thanks for rocking out with us.

by SPILL NEWS on December 6, 2022
GEORGE THOROGOOD & THE DESTROYERS ANNOUNCE 50th ANNIVERSARY TOUR FOR 2023 THE ORIGINAL GEORGE THOROGOOD OUT NOW On December 1st, 1973, a guitarist, a drummer, and their rhythm guitarist loaded their gear into the drummer’s Volkswagen [...]
8.0

by Aaron Badgley on December 18, 2020
George Thorogood And The Destroyers Live In Boston, 1982: The Complete Concert Craft Recordings George Thorogood has been making music since the early 1970s, with his roots firmly grounded in the Delta Blues. However, when he formed The Delaware [...]
9.0