Starting today, you can pre-order FRONT LINE ASSEMBLY’s newest soundtrack CD for Carbon Games’ latest game, WarMech! Get it via iTunes or Bandcamp. When you pre-order you will receive the instant grat track “Mechvirus” for free.

Jared Slingerland, Sasha Keevil, Craig Johnsen, and the late-great Jeremy Inkel on a tour de force 12-track full-length album that is as much electronic masterpiece as it is a game soundtrack gold join head of arsenal Bill Leeb. WarMech ranges from industrial to ambient to techno, and will blow the minds of fans of the earlier AirMech soundtrack, as well as long-time fans of Front Line Assembly. 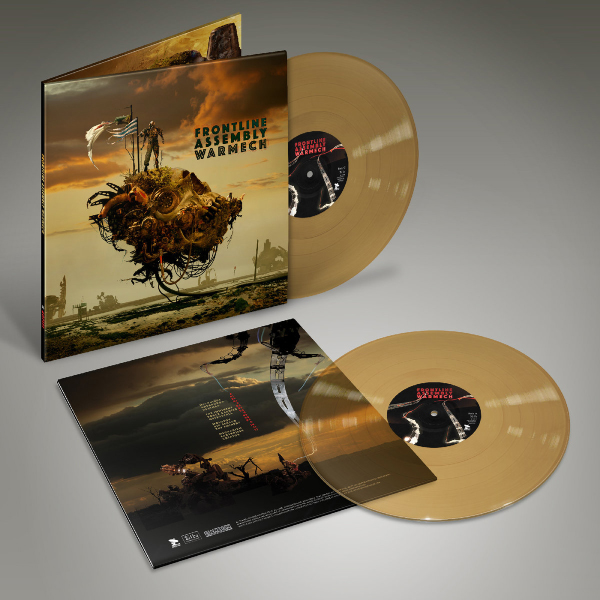 The album will be released on June 22 via Toronto-based Artoffact Records on double vinyl, including black and greasy-mess versions. The vinyl comes in a gatefold sleeve designed exclusively by Dave McKean, and you also get a collectable, branded download card. CD digipak version also available.

AirMech Wastelands expands the AirMech universe through experiencing the journey from a scavenger to a commander in the war against the machines. After global conflict erased countries and borders, automated armies continued their mission by restoring production of WarMechs to finish their directive.

Front Line Assembly will be on the road this August and September in Europe with Die Krupps. As they return to North America, the band will be performing at all three Cold Waves Festival in NYC, Chicago and LA!