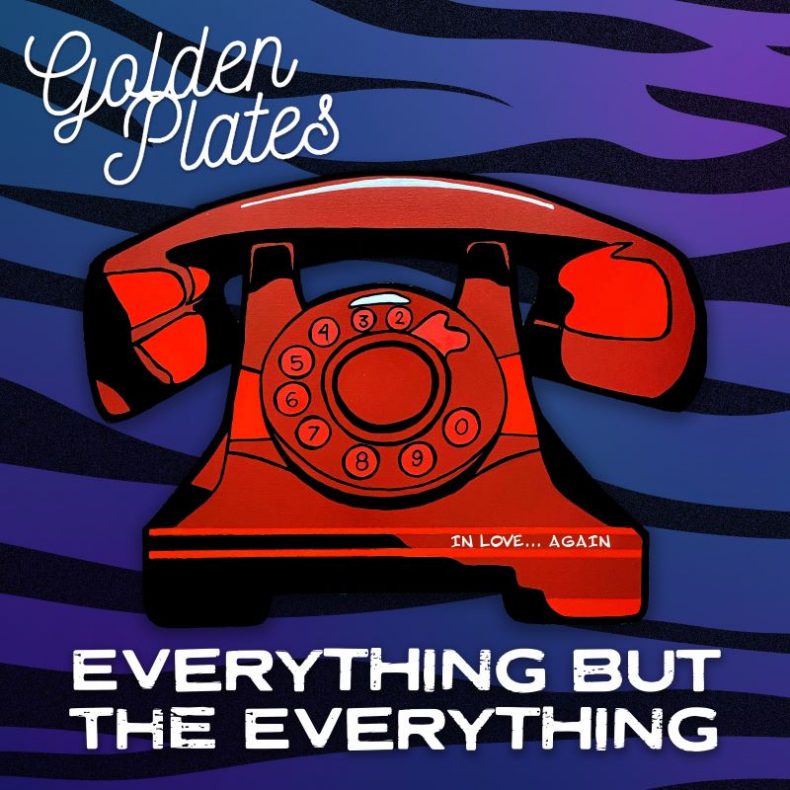 Everything But The Everything, the moniker of Northern California songwriter Izzy the Gent, has dropped his latest single “In Love…Again” on Spotify and Apple Music. In true form, Izzy invites his favorite musicians and vocalists to collaborate on each track, and for “In Love…Again” brought in acclaimed songwriter Golden Plates to lend his talent. Everything But The Everything (EBTE) is known for their energetic tracks with a new wave touch, including layers of synths, driving bass and new wave styled vocals.

Golden Plates (Elder Brycen) brings a distinct new wave/post punk energy to this latest EBTE track, akin to the influential rock stylings of Ian Curtis and Paul Banks. “In Love…Again” features Izzy’s creative bass sensibilities, an atmosphere of synthesizers and leaves the perfect space to be completed by the vocals of Golden Plates. Izzy enjoys the variety of his vocal contributions and it challenges him as a songwriter while leaving room for collaborations that are typically experienced by a full band. With each new single, Izzy’s songwriting often veers in exciting new directions, pairing classic indie/rock stylings with a modern day touch that has won the approval of tastemaker media.

Some of EBTE’s recent collabs include “Denials” with Tobias Hawkins (Counting Crows), “Blue Sun” with Olivia Barchard and “The Story” featuring Sophia Prise. Izzy The Gent created Everything But The Everything to always be an instrumental project that leaves the door open for the perfect contributing vocalist. As a bass player and producer by nature, he pairs each of his indie-rock tracks to only one specific voice, knowing instinctively that things come together as they are meant to. His motivation to collaborate was built off his many years in the San Francisco music scene playing shows or playing the role as promoter for some of the area’s best talent and events.

“Elder Brycen was a fan of my latest release and we ended up connecting on Instagram, and of course after hearing his music I was hooked as well. We talked about collaborating for a while and after tracking ideas and files back and forth, we found the perfect track and we are now excited to share this single with you. We really worked on finding the balance between some of my bright and strummy ideas vs many of his dark and driving tracks, and this was the perfect fit for both of us.” ~Izzy The Gent

“It’s a story about the time you meet someone, and they’re incredible, and they really seem to like you too… so you go and sabotage everything before they get the opportunity to break your already maimed heart into tiny little pieces.” ~Golden Plates (Elder Brycen)

Everything But The Everything · In Love… Again featuring Golden Plates

Everything But The Everything (Featuring Golden Plates)
[Single]
(Independent)
Release Date: December 3, 2021

SPILL NEW MUSIC strives to keep our readers up-to-date with new releases by your favourite artists, keeping you informed of new album, single, and video releases. Stay tuned -- who knows, you might just discover your new favourite band.
RELATED ARTICLES
everything but the everythingnew music