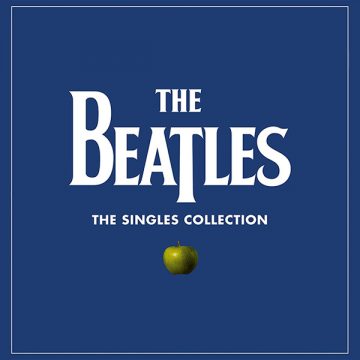 The Beatles and their record company Apple have done it again. Gathered together in one box are all of the 22 original British singles released by The Beatles, plus an additional single featuring “Free As A Bird” and “Real Love”. That makes 23 singles, which equals 46 of the best and most important songs ever released in rock history. The Beatles: The Singles Collection is the set fans have been waiting for since the first box set of all of their original albums.

Hot on the heels of this year’s Abbey Road box set, Apple and The Beatles have gone back to their singles to produce a beautiful box set. Singles have always been very important to The Beatles career. In this day and age of CDs, streaming, and reissues, it is hard to imagine that some of the best known Beatle songs never made it onto their earlier albums, and at one time the only way to get the song was on a single. “Hey Jude”, “Lady Madonna”, “Rain”, and so many more, were not originally included on albums. Sure, they are now all collected on various compilations, but the way that these songs were intended to be heard were on a seven inch, mono record.

The Beatles: The Singles Collection is not the first box set of their singles, but it just may be the best one. The Beatles were and are a worldwide phenomenon. And in the 1960s, many songs were issued around the world as singles and each country had their own hits. “Rock And Roll Music” made number one in Australia, “The Long And Winding Road” made number in North America, but they were never songs that The Beatles, themselves, chose as singles. The 23 singles in this box are the songs The Beatles had intended, planned and recorded as singles. 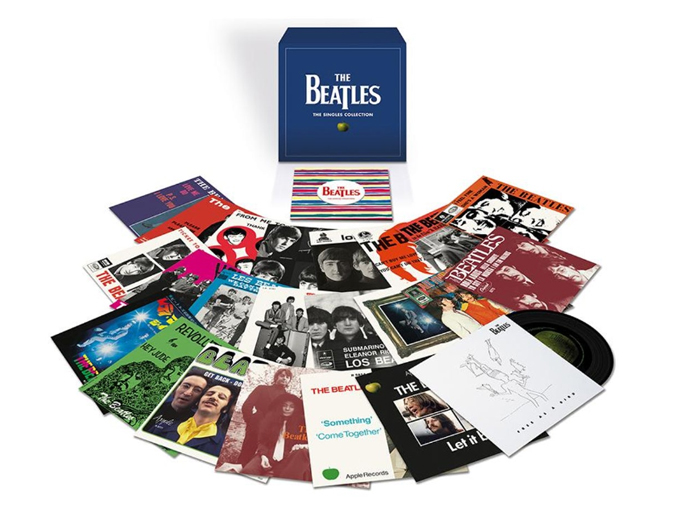 In the U.K., only two Beatle singles were released with picture sleeves, “Strawberry Fields Forever” and “Let It Be”. However, other countries released the singles with very original and attractive sleeves. In order to make this box just a little more special, the powers that be chose sleeves from around the world. The sleeve and the label of that release from each specific country has been faithfully reproduced for this set. For example, “I Feel Fine” comes with a Swedish sleeve and a reproduction of the Swedish Parlophone label.

The songs sound great, especially in mono, as they were intended. Listen to the early Beatle songs, such as “She Loves You” or “I Want To Hold Your Hand”. The energy leaps out of the speakers. The mixes are superb and the songs sound fantastic. And as mentioned, each and every one of the songs are classics.

The set comes with a brilliant book to help listeners fill in the blanks, and all together it is a remarkable piece of art. Apple continues to release top notch reissues and packages, and this is just one more example of how sets can look when care is taken.

Turn on your turntable, pull up a chair, and enjoy The Beatles: The Singles Collection. Enjoy the experience of going back in time and discovering how these songs were always intended to be heard.