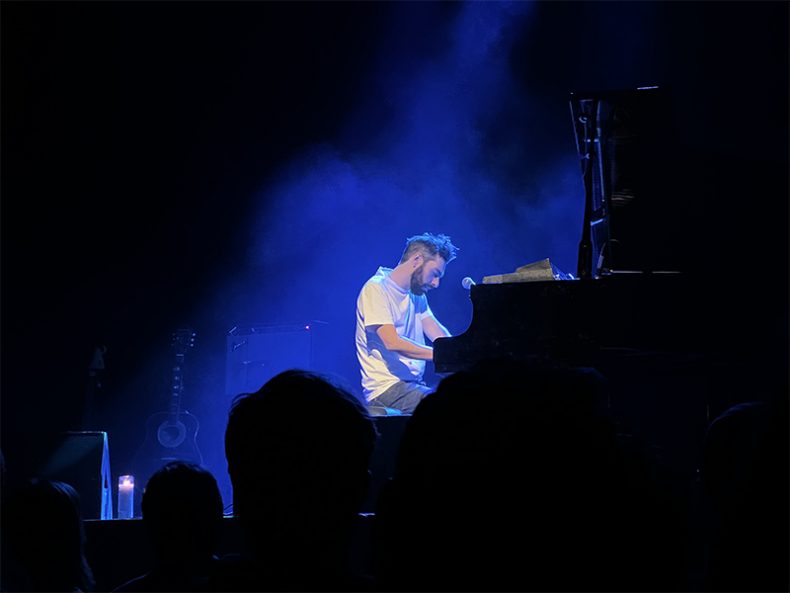 After having his fall concerts cancelled, Leif Vollebekk has finally made to Vancouver. Having just released a new live EP, Vollebekk is embarking on an international tour commemorating his 2019 album New Ways. Tonight, he is playing a solo set at the Vogue Theatre.

Even when limited to half-capacity, the Vogue Theatre is a beautiful venue. The sound mix is fantastic and the lights illuminate the smoke drifting across the stage.

The opening act is Field Guide, the stage name of Canadian folk songwriter Dylan MacDonald. MacDonald eases the crowd with several acoustic indie folk tunes, doing a solid impression of early Coldplay or a sad Noah and the Whale album. Switching between falsetto and a mumbling impersonation of a hipster refrigerator, his music is charming and cozy, albeit a bit bland. It does not help that all of his songs are about the same subject – a failed love affair from MacDonald’s past. After the fifth sad love song, the crowd begins to get restless. The instrument appears to only play one note, though it plays it decently well.

After a brief interlude between acts, Leif Vollebekk emerges on stage and the atmosphere in the room shifts completely.

Though Vollebekk is the only one on stage, he seems profoundly comfortable and has obvious charisma with the crowd. He opens with a deeply emotive version of “Hot Tears,” making up for the lack of percussion with vocal ticks and snapping his fingers between the piano chords. “There is gonna be a lot of that,” he says. “A lot of emotions.” 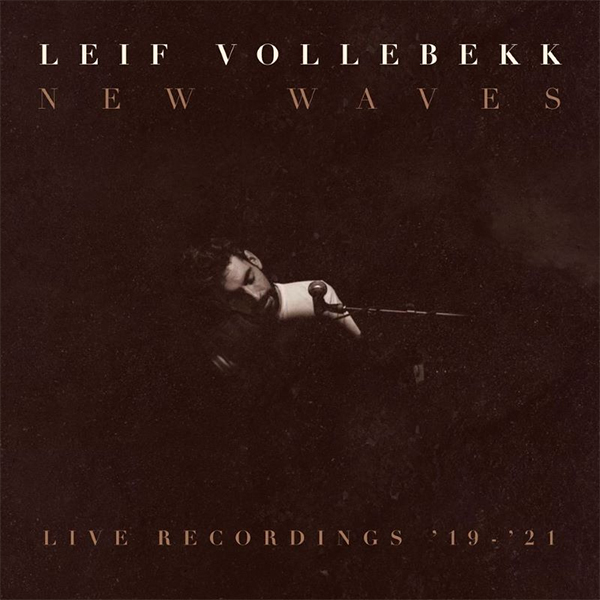 Soon, he is working the crowd, encouraging everyone to clap and sing during “Into The Ether,” a song from his 2017 album Twin Solitude. The crowd is surprisingly good at keeping in time and Vollebekk uses this to its full advantage. “Are you guys in my band now?” he jokes. “Some towns can’t do that.” Throughout the set, he draws the crowd in and gets the audience to clap along, providing the rhythm section to his jazzy piano chords.

From the piano, he moves onto the acoustic guitar, playing “Michigan” before seamlessly transitioning into “Long Blue Light,” a single released in 2020. He then switches to electric guitar, providing a gloriously twitchy version of “East of Eden” and a cover of “Lilac Wine.”

After a few tracks on the electric keyboard, he hops back onto the acoustic guitar. He seamlessly blends “I’m Not Your Lover” with “Both Sides Now” by Joni Mitchell. Vollebekk has been known to cover Mitchell’s “A Case of You” in the past and he plays “Both Sides Now” with equal depth and feeling.

For all of his musicality, the highlight of the night is his obvious connection with the crowd. He does a whole comedy bit on dinosaurs before playing an impromptu version of the Jurassic Park theme (“I’ve got the giggles,” he jokes). During the song “Transatlantic Flight,” he bursts out into a cover of Macy Gray’s “I Try” which has the whole room singing along.

Vollebekk closes the night with a cover of Prince’s “How Come U Don’t Call Me Anymore,” complete with an acapella outro. As the whole crowd sings and claps, Vollebekk harmonizes and improvises new lyrics before closing out the night. The crowd gives him a standing ovation.

It is rare gift for an individual to entertain a full auditorium for over an hour and a half. Field Guide did his best, but had limited success. For Leif Vollebekk, it appears to come naturally.

“I hear that even in LA / it’s Vancouver time.”