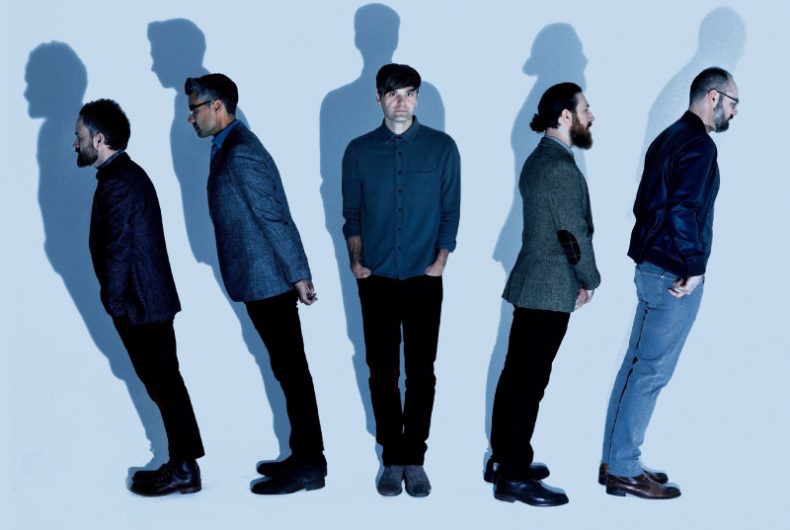 Vancouver audiences are a curious species. They often congregate in groups that prefer to keep their cards close to their chest, and as a result some of them have earned a reputation for being subdued at live events.

The crowd that made their way to the Malkin Bowl tonight to watch Death Cab for Cutie fell into this category. Although there were a few head bangers and unofficial (but very dedicated) backup singers in the crowd, the majority of onlookers saved their screaming for in between songs.

In stark contrast, Death Cab for Cutie’s front man Ben Gibbard literally bounded onto the stage along with all four bandmates dressed in black from head to toe. He confidently strode to the microphone with his fender guitar snug against his hips and the swagger of a seasoned rock star. He bounced back and forth with the energy of an ultra-runner as Seattle’s favourite emo band slid into “I Dreamt We Spoke Again”

The first three songs of the night were played in rapid succession after which the crowd was encouraged to clap for “Long Division.” Gibbard really threw himself into the performance, jamming enthusiastically with each bandmate. “Crooked Teeth” was the first song that the crowd responded with due enthusiasm, and their energy intensified as the night went on. 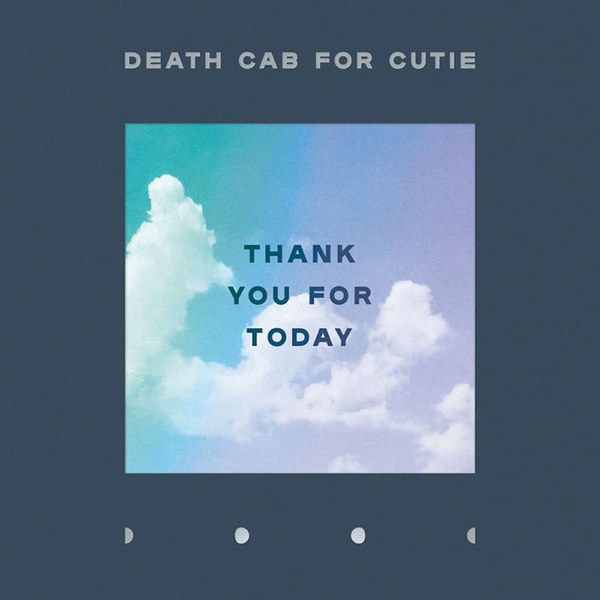 THANK YOU FOR TODAY ALBUM REVIEW

In front of the stage, the sounds and sights were bang on. Gibbard’s vocals resonated poetically among the melodic rhythms.For audience members on the outer perimeters, the mix was a little off and the background vocals and instruments were a little overpowering, an issue that was easily fixed if one was willing to seek more middle ground.

“I Will Possess Your Heart” was a highlight. The smoldering, gloriously drawn out intro went over well with those preferring to lose themselves in the moment on a spiritual, rather than physical plane.  Perhaps they were wise to keep the up-tempo track “Little Bribes” off the setlist.

Although the crowd was restrained, they were also dedicated. Only a handful of people made for the exits during the time between the end of the set and the encore. Fans were rewarded for their loyalty with Gibbard returning to the stage for a solo performance of “I Will Follow You Into the Dark”.  That was followed by two conflicting love songs “When We Drive” and “Tiny Vessels.”

“Transatlanticism” was a popular choice to close out the evening. The band left the stage while the last note rang out and bright, white lights flooded the smoky stage. This was Death Cab for Cutie’s first headline show in Vancouver in seven years and this performance no doubt had fans pleading for them to come back again soon.

Mariko is a freelance writer and photographer based out of Vancouver, BC. She is a music junkie, an intrepid optimist and a fish taco enthusiast. She lives in a campervan full time and is dedicated to exploring the connection humans have with music and sound via her personal blog Earthly Pursuits. When she’s not at a concert or stuffing her face with fish tacos you can find her outside either near water or in the mountains.
RELATED ARTICLES
death cab for cutiegold rushlive review
8.0

by Aaron Badgley on February 18, 2022
VARIOUS ARTISTS OCEAN CHILD: THE SONGS OF YOKO ONO WARNER MUSIC Tribute albums by multiple artists are always a tricky thing. Tricky because you have many [...]
7.0