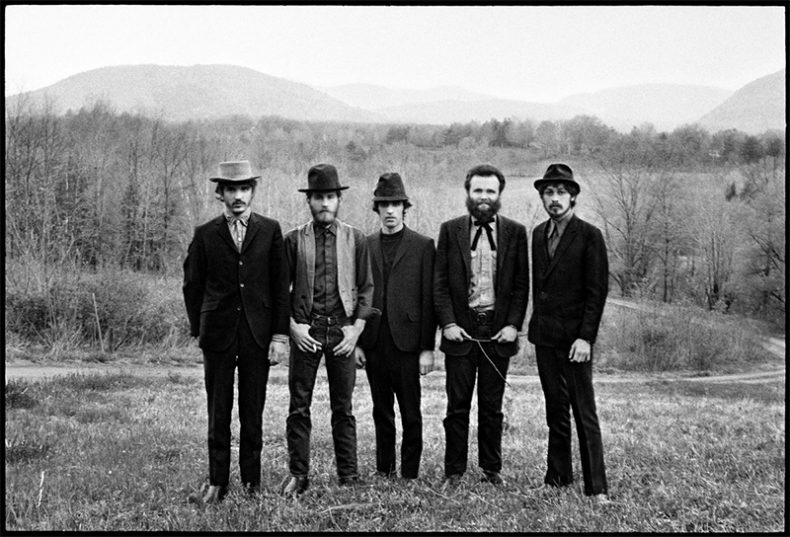 ONCE WERE BROTHERS: ROBBIE ROBERTSON AND THE BAND (TIFF)

On November 25, 1976, at the Winterland Ballroom in San Francisco, The Band played its farewell concert,which would come to be known forever as The Last Waltz. The event would be captured by filmmaker Martin Scorsese and made into a documentary two years later. This was the last time The Band played together as a collective.

Now there is a new documentary about The Band, a retrospective from its guitarist, Canadian music pioneer Robbie Robertson. Based on Robertson’s 2017 memoir Testimony, this 98-minute film recounts his venture into music, from the inception of The Band to its eventual demise. To be clear, this is one person’s perspective of the events and his reaction to the timeline.

The documentary follows Robertson from his early days being mentored on guitar while his mother took him to visit her family on the Six Nations reserve, to The Band becoming Bob Dylan’s backing band when Dylan turned electric, and eventually to The Band evolving their own sound and becoming an entity on their own. Robertson explains the emotion of each chapter through his tempered cadence and relaxed timbre.There are many talking head segments with the likes of Springsteen, Clapton, and many others, but the star of the clips is Ronnie Hawkins. The “Hawk” rips through his spots with exuberance and quick wit.

Eventually the foundation of the group would begin to crack. Drug addiction would drag members into altered versions of themselves and the creative blueprint changed. The beauty of the final concert is that it occurred before the complete collapse. It was captured for everyone to view for eternity.

This documentary is a memoir, and a run-through of a band’s history through one of its members, perhaps the most integral of them. He will tell you though, he was nothing without his brothers.

The movie will be released in theatres in the Spring of 2020 as Magnolia Pictures has purchased the worldwide rights, and will eventually be available on Crave TV.  It is the first Canadian documentary to open TIFF.

A native to Toronto, Mark has spent his time on this earth swaying to decades of live music in dark and dirty venues. When not writing or collecting a massive amount of vinyl, he enjoys travelling and photography. His hobbies are tolerated by his lovely, patient wife and beautiful daughter.
RELATED ARTICLES
bell mediafeaturesimagine