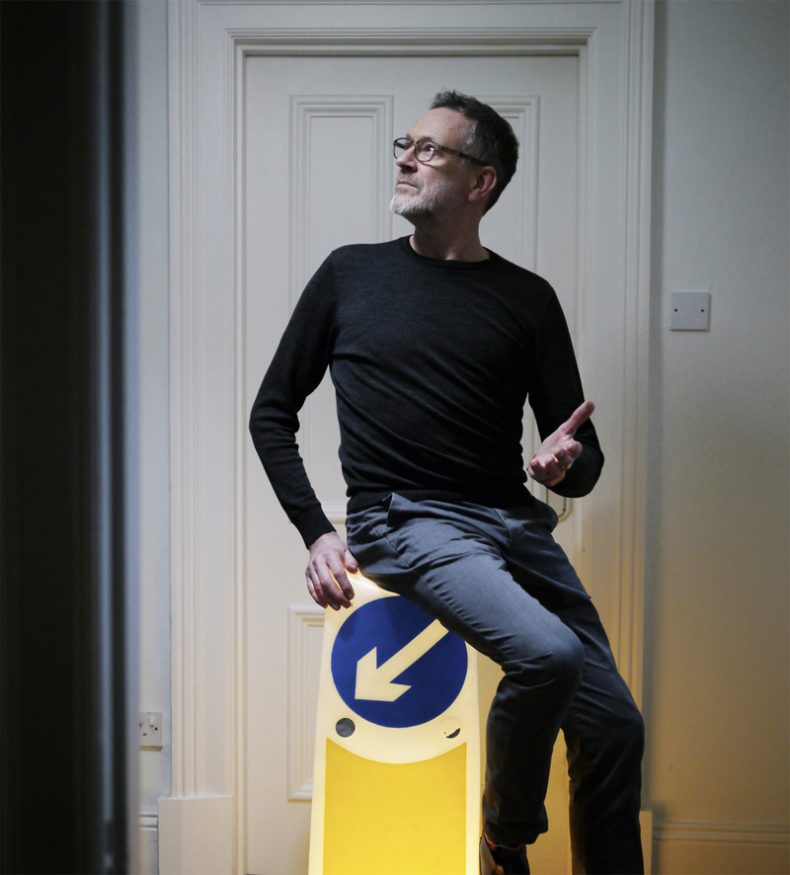 THE ADMIRATION OF WHITE PLASTIC CHAIRS

“I was just outside with my daughter, she is home from university, and we were just doing a skipping competition to see who can do the most and she was beating me hands down,” explains Neil Arthur. “I thought I was doing alright, but there you go. Having some fun out there. We are trying to keep ourselves sane, like the rest of the world. In these unprecedented times,  we are trying to be in the moment. It is challenging on many, many levels, and if you can find an escape and try to do something for your sanity, that’s what we should spend time doing.”

Neil Arthur has recently contributed to doing something to keep one’s sanity by releasing a surprise Blancmange album in March titled Waiting Room (Volume 1). Although Blancmange is set to release another new album in May, Mindset,  this is a welcomed arrival of never before heard songs from Neil Arthur.

Neil Arthur and Stephen Luscombe formed Blancmange in 1979 with Laurence Stevens. By the time of their first EP, Irene and Mavis, released in 1980, Stevens had left the band, leaving Blancmange as a duo. Numerous hits followed and 40 years later, Neil Arthur is keeping Blancmange alive and well. Although the band parted ways in 1985, they came back together in 2011 and released their fourth album, Blanc Burn. In 2013, following the release of Happy Families II, Luscombe left the band, due to health issues. Arthur continued on with the Blancmange banner, and since 2013 he has released six studio albums. He has also released solo records, and is also a member of other bands as well such as Fader and Near Future. In 2019, he even released a record with his son, Joe Arthur, who performs under the name Kincaid.

Working with his son, meant a great deal to Arthur. “It was just incredible, if you get a chance, listen to Kincaid. He has a new EP on Bandcamp. Joe and I are working on an album, and the plan is to get it out next year. We went out with John  Grant. We went to support them on the tour. I have got to say the proudest moment in my musical career, and that spans four decades, was standing on the stage with my son in Liverpool.”

In the midst of all this creative work, Arthur has found the time to release Waiting Room (Volume 1). A unique album for Blancmange. “We have had to postpone the first part of the tour, and the festivals are all postponed. I thought it might be a good idea to get my creative head on, take a look around, see what I had and finish it off and then release it. When I was speaking to my manager, Steve Malins, I said, I got a load of material, as I am always writing and it just seemed to fit together. And we thought it was a good moment to release some of those songs.” 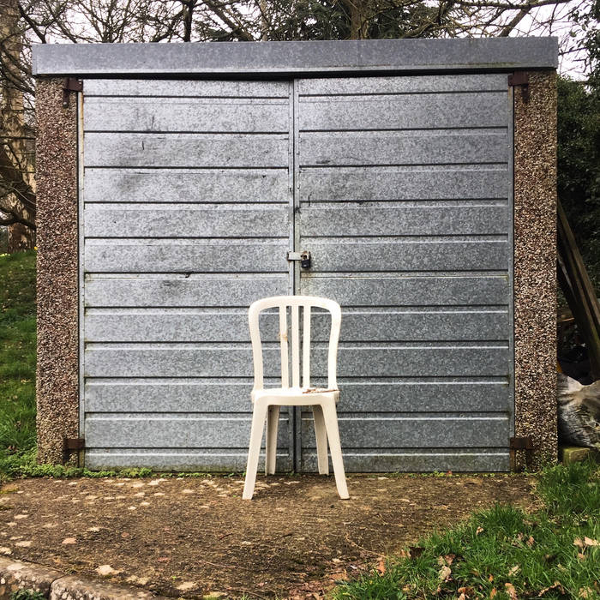 Even more surprising is the speed in which this album came together. “We wanted to get it out quickly. I actually mixed it all on Thursday, it was mastered on Thursday evening and we released it on Friday of that week. The only way to do that is release it digitally”.

Releasing new music during a worldwide crisis is a difficult thing to do and the only avenue is downloads. But a world crisis has another meaning to a musician.  It also means, for many musicians, the loss of revenue in terms of concerts and tours. “We have to deal with these challenging times. The best thing to do is to try and find a way to be creative, and you have to be creative financially as well. This is my job, like many people. Their work has been impacted massively. We have to think outside the box the best we can and help each other. If this doesn’t make people think, God knows what it’s going to take.”

Listening to Waiting Room (Volume 1), it is very hard to believe that these songs are leftovers from the last three years-worth of Blancmange albums. That would include Unfurnished Rooms, Wanderlust, Nil By Mouth II, and the soon to be released Mindset. “I haven’t listened to it since I put it together. I have listened to the masters, obviously, I listened to it then. They were very strong contenders and possibles for the last three albums. Some have been written since Mindset has been done.”

Some of the more recent songs include “Anxiety Close”, “Washing Machine”, “Tidelline”, all of which are quite brilliant, but one song stands out as it seems to be very relevant for these crazy times in which we live, which is the song “3 Minutes”. “That was going to be on Unfurnished Rooms, written around the same time as I wrote “Leaves”. Those two were written at the same time. When it was going to be on Unfurnished Rooms, David (Rhodes) was going to do some guitar on it, but it never made it that far down the line. So I put my guitar, that is my guitar you are hearing. That’s why it doesn’t sound as good as David’s playing,” laughs Arthur. “It’s amazing what you can do with editing and a bit of sticky tape, isn’t it.”

Lyrically, the song has a great deal to say. “When we get to the chorus, instead of saying ‘we can’t go on’, I say ‘we can go on, we can go on’. We must go on, even through adversity. We have to find a way. It was written a few years ago, but it might have taken on a new significance because of recent events. And it wasn’t chosen to go on for that reason, it just seemed to fit in the scheme of an album as we were putting these things together. It seemed to sit nicely after “Changing Trains”, which is quite an odd song.”

Although Arthur usually collaborates on his projects, this album was a little different. “I did the recording and mixing on my own this time because of time restrictions and because we can’t all meet up and do things together that easily. In terms of how the album holds together, I get help from my manager in how we order things. He is great in helping me in putting these things into sequence. I feel I can let go of it and there is a trust there as well. My partner, Helen, had a listen and thought I put a couple in a bit too early or too late so I took that on board as well. So I had a bit of help lining them up one to ten, if you will.”

Although it is a download/streaming album, it still has a wonderful sleeve. A white chair in front of a shed, a wonderful waiting room? “It is a bit George Shaw, isn’t it. On Instagram I have an account, and I take photographs of many things. One thing I am slightly obsessed with is white plastic chairs. I won’t miss an opportunity to take a picture. There is something about them, they are everywhere. They pop up when you least expect them to. They are not just in gardens.”