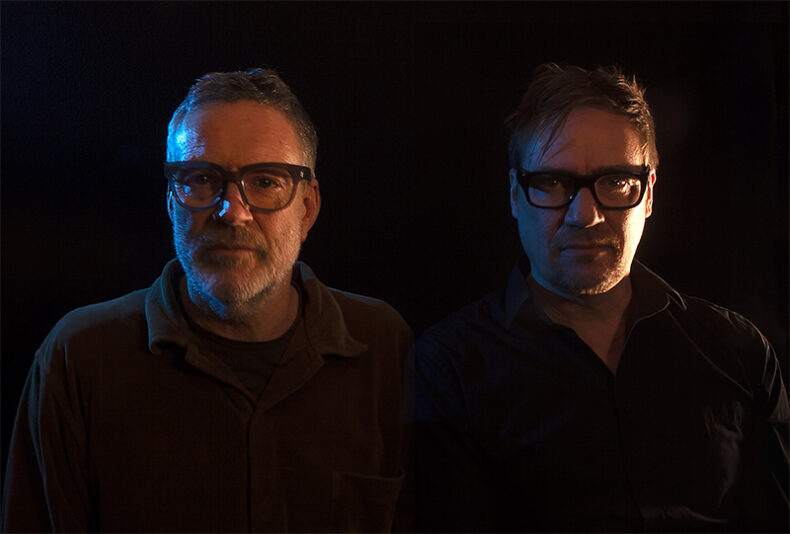 A CONVERSATION WITH FADER

Fader made their debut in 2017 with the brilliant album, First Light. The band was and is a duo consisting of Neil Arthur (Blancmange, Near Future) and Ben Edwards, known as Benge (John Foxx and The Maths, Ghost Harmonic). Benge has also been very active with Arthur with Blancmange. Since 2017 the band has released two more albums, including the recently released Quartz. I had the opportunity to ask the two members about the band and their new album. Benge recalls the band forming after he had recorded some instrumental tracks.

“We first met in 2016 when I had just come back from a long trip to California,” recalls Benge. “I had made some tracks when I was out there in a tiny analogue studio I put together in my guest accommodation, back when analog synths were still quite cheap to buy. So I had an album’s worth of music that had no singing on, and I was looking for a singer who might enjoy working on some pure synth tracks. And Neil was the perfect partner!”

Neil Arthur agrees, “we have the same Manager, and he introduced us as Benge said in 2016. I think I was in London doing some Blancmange related stuff and we met for a cup of tea. After that Benge sent me his tracks over. I thought they were great and started writing lyrics more or less immediately. That was our First Light”.

One would think that working together in two bands, it might become somewhat confusing as to which band records which songs. In other words, what is a Blancmange track vs. a Fader track. Benge clears that up and sees the distinction very clearly between the two bands.

“All the Blancmange songs are started by Neil, who sends the rough mixes and ideas over to me to work on a bit before we come together and finish them off in the studio. Fader works the other way round because I make all backing tracks first and then send them to Neil to add some extra parts and most importantly the vocals.  Then as before, we come together to finish the mixes off at Memetune Studio”.

The new album, Quartz, has an interesting title and title song. Benge explains the name of the song and album. 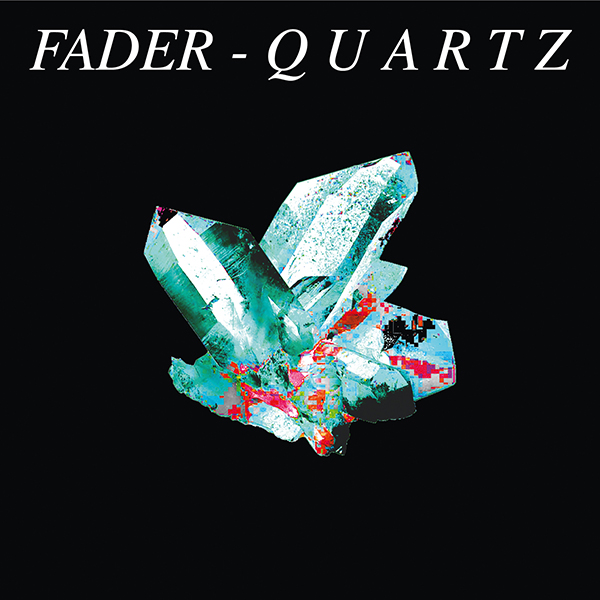 “This third album was made during the first lockdown, and I had spent a lot of time completely redecorating my house. I was up to my elbows in paint samples, and loads of those colour charts you get. They always have interesting names for the colours that invoke atmospheres and memories for me, and I used them to get what I thought were temporary names for the tracks, instead of doing what I usually do and call the track something like “polymoog sketch No.73 version 11″. But Neil used the names for inspiration for the lyrics, which was really cool.”

Arthur agrees, “It was a surprise, an inspiring one, to download these tracks with names like ”Poison” or’ “Manila”. Initially I didn’t ask why, I just got on with my bit.” Arthur continues about the titles of the songs. All of which are just one word. “That’s how the paint colours were named. Then I used them as a trigger or starting point to let my mind wander and see what it found around the corners.”

When one listens to the new album, it has a strong cohesion and, although not a concept album, themes do arise. To these ears, themes of loss, growing old and living through changes comes through. However, the beauty of Fader is that each listener can develop their own theme and their own stories as the album plays. For Benge, musically, the theme came from background sounds.

“When I was doing the house decoration I would put on old 80s and 90s TV series to have on in the background. Things like Columbo and the X Files. I watched hundreds of them over the months. I think some of the incidental music must have rubbed off on me.”

Although the two had to deal with pandemic restrictions (Arthur recalls, “ We exchanged files via WeTransfer, then got together when restrictions were lifted to mix at Memetune.”) The album was completed. Quartz is a brilliant album, and their strongest album to date. An album that Arthur hopes listeners will get “an idea of what colour sounds like”.

With bands touring again, perhaps it is time for Fader to tour. Arthur, for one, is very enthused about that idea (“yes please”). But until then this new album Quartz is available for fans to enjoy.

Born and raised in Whitby, Aaron discovered music through his love of The Beatles. This led to a career in radio, writing for various publications, and ultimately a radio show about The Beatles (Beatles Universe), which ran for over four years. When not immersed in music, Aaron enjoys spending time with the loves of his life -- his wife Andrea, and daughters Emily and Linda (all of whom have an intense love of music too).
RELATED ARTICLES
ben edwardsbengeblanc check records