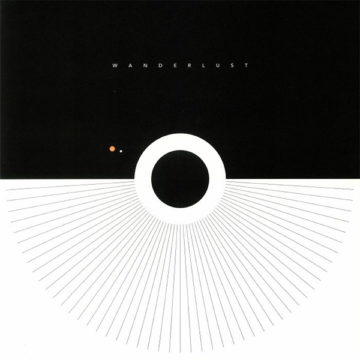 Wanderlust is the sixth album released by Blancmange since original member, and one half of the band, Stephen Luscombe left the band due to health issues. Neil Arthur has carried on with the name, and since 2013 there has been a new Blancmange album almost every year. Keep in mind that while he has had his Blancmange project, which also tours, Athur has been involved with two other bands, Fader and Near Future. Both these bands have released albums as well as toured. Arthur has released an astonishing amount of music over the last five years, and the thing is, he just keeps getting better.

Wanderlust is a brilliant album, and it does not sound like any other Blancmange album. Arthur, along with Benge (Wrangler/Creep Show/Fader) has created a rather dark and at times frightening album. This is not a criticism, far from it, but it is how the album hits the listener. In its darkness, it is quite beautiful. The first track, “Distant Storm”, while foreboding, has a remarkable melody that invites the listener in. Arthur’s vocals are incredible, layered over a synth backing track, that just as you become accustomed to it starts to change. It is like a roller coaster of sound.

The album continues with songs about dehumanization. Although he has always been in a synth band, Arthur has always had an uneasy relationship with technology. Perhaps his uneasiness is due to the fact that humans rely far too much on it as opposed to simply using it. Listen to “I Smashed Your Phone” with the lyric  “I smashed your phone, oh joy”. Musically it hints at what Lennon would be doing if he was around today. Not that it sounds like Lennon, but one could imagine this from him if he was using today’s technology. Here Arthur is seemingly having difficulty with communication, so the answer is to smash the phone. It is not his phone he smashes, but he does solve the communication problem in many ways. This theme is carried forward with “Talking To Machines” with excellent vocal alterations and looming music. It really is quite stunning.

There is not a weak song, but beware this is not an album of individual songs, it is an album. Once it starts one should not stop it and start it. Listen to it from beginning to end, and you will be rewarded. The last track, “Wanderlust” is a startling piece of writing that takes you in and away from your world. It is that good. It is the perfect closing song. Again, in the same way “A Day In The Life” had to end Pepper. This song had to close the album.

Arthur and Benge work incredibly well together. They both have a sense of what the other wants to accomplish and their ideas come together to form this classic pop-electronica album. There are layered sounds, voices, and so much more. Guitarist David Rhodes makes some guest appearances and Hannah Peel provides vocals on the emotional “Not A Priority”.

It all comes together to form a near perfect album. Arthur has been making albums since 1982 and he continues to learn, explore and expand his universe. Wanderlust is not only Blancmange’s best album, it is a strong contender for album of the year. A work of art.

Born and raised in Whitby, Aaron discovered music through his love of The Beatles. This led to a career in radio, writing for various publications, and ultimately a radio show about The Beatles (Beatles Universe), which ran for over four years. When not immersed in music, Aaron enjoys spending time with the loves of his life -- his wife Andrea, and daughters Emily and Linda (all of whom have an intense love of music too).
RELATED ARTICLES
album reviewalbum reviewsanna dine
8.0