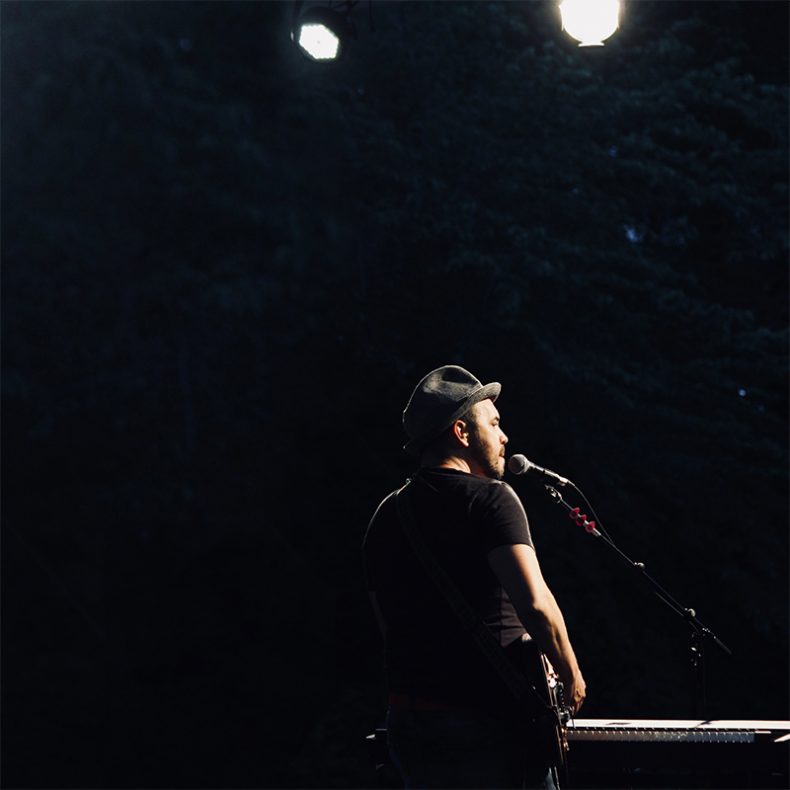 A CONVERSATION WITH HAWKSLEY WORKMAN

Hawksley Workman, the two-time Juno Award-winning Canadian multi-instrumentalist and singer-songwriter, has been prolific throughout his career. In the short time since his full-length 2019 release Median Age Wasteland, Workman has been busy. In early 2020, he released a five-song EP, These Two, with Sarah Slean. He moved from Montreal back to his native Ontario, entertained fans through his online “Hawksley Night In Canada” concert series, and has even created songs and music videos to honour his fans’ adoring pets. During all of this, he has also created a new album.

Just days before the release of his new, critically acclaimed full-length album Less Rage More Tears, the ever thoughtful and accommodating Workman, born Ryan Corrigan, has lived up to his stage name in more ways than one.

Over 20 years ago, Workman began releasing albums under his own label, Isadora, creating three albums before landing a major label deal with Universal Records for the release of 2003’s Lover/Fighter, which hadn’t performed as well, at that time, as the record company had hoped. However, over the years, the sales of the album have sold to gold status. Not too shabby.

‘After Lover/Fighter, I went through desperate years where I thought about not being alive, a lot. I thought, well if that’s it, if that is literally it, if that’s my “you get one run at this”, then that’s the thing. Even though I had three albums prior to Universal, even though I built a career prior to them, the feeling of disappointment is so all-encompassing that I was ragged for four years. But, in that I worked twice as hard … I put out about two records a year for a stretch. I doubled up on touring. I just started to work harder.’ 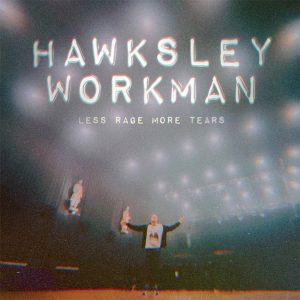 ‘They were expecting very, very big things. Only recently, I sort of made some inquiries “Is Lover/Fighter” a gold record? Oh, let us look. Oh it is, look at that, it’s a gold record!”

Workman has gone on to create an extensive and diverse album portfolio, including the 2001 Christmas-themed holiday album, Almost A Full Moon. In 2011, Workman joined legendary storyteller Stuart McLean on The Vinyl Cafe’s Christmas Concert Tour, which toured across Canada and into Seattle, where Workman performed songs from the album. Fittingly, Workman is looking to bring Almost a Full Moon to the stage. Workman is no stranger to theatre, after 2013’s one-man musical performance of The God That Comes, which toured internationally to rave reviews. ‘Just watching it as an artist, as a business person, like, what Stuart had created, of course I was a fan of Stuart’s, and Stuart was a fan of that record and I was grateful for that opportunity. I remember we played our show in Victoria, BC, was another massive, massive downtown theatre, on a Monday afternoon, and I was like “Monday afternoon, like, what the fuck?” (laughs). And it was totally sold out, and I was like “Ahhhh this is incredible!”  It’s a whole other universe out with Stuart. But, what a wonderful guy, man, what a wonderful guy. Behind the scenes Stuart was fascinating, he was one of the brightest people I think I ever met.’

‘The Christmas record I wrote in Paris called Almost a Full Moon, which is about 18 years old. I just finished five weeks of development to become a large-scale musical production. So, theatre, it’s not out of me, but The God That Comes, I took years off my life, I’m convinced, that show, and I think that it’s gone and done what it needed to do, it was magnificent. I’ll never have an experience like it again. We toured it all over the world, we were the talk of the Edinburgh Festival, we just did a lot. But I’m happy for that thing to live in the tickle trunk. So right now, the Almost A Full Moon musical is like really catching some momentum, and we’re still in a work, shopping, and creative phase with it. But the last five weeks, I feel like it grew into something that is for real, and I think the sense is, you know, people want to see theatre at Christmas. People are interested. This has been a project that’s been kind of percolating in the background for years, but is a real thing now and literally, we just wrapped up the workshop two days ago. It was really intense.’

In 2014, Workman released the album Thrash Rock Legacy as a member of the Canadian rock supergroup Mounties, along with Steve Bays (Hot Hot Heat) and Ryan Dahle (Limblifter/The Age Of Electric). Mounties’ second album, Heavy Meta, was released in 2019. Workman, who trained obsessively as a youth with over 10,000 hours of drumming with dreams of being a super percussionist, manned the drums and shared vocal duties within the band.

’It changed my life. Like, both those guys, they changed my life. I’ve never been around people like that, ever. I’ve never been around that kind of creative energy. I think at the perfect time, like, I think that for all of us, like Steve and I in our late thirties, Ryan, I think was very early forties, and we were just all so ego-less. We all wanted to come up with the next big idea when we were in the studio together. But nobody was ever like, “no, my turn” or “I think I prefer my idea over everybody else’s.” We would jam for a half an hour on a couple of bottles of wine, and then we would go and skim through them and listen for what songs might be lurking within those gems, and then as quickly as we possibly could, the laptops would just come flying open and we’d all be writing lyrics as quickly as we possibly could in order to capture the images that, sort of, the music was kind of inspiring. Man, I learned a lot from those guys. A guy like Steve Bays is plugged into a vastly different energy source than your common everyday human. Being around Steve was like being around a magical creature. You just watch and go “Holy fuck”. I don’t know anybody like ‘em, you know?’

Hawksley Workman produced Hey Rosetta!’s standout 2008 album, Into Your lungs. ‘I don’t often go back and listen to records that I’ve made, but I listened to Hey Rosetta! about two weeks ago, actually on vinyl as well, man I’m moved by it. I was at a funny time in my life, kind of maybe not as pleasant of a time as I would’ve hoped, but being in studio with those guys when they were just kids, I remember thinking, and I’d say this to them, “You are the best band in the country right now. I know that for a fact, and they would chuckle with that St. John’s humility. You couldn’t wander around St. John’s carrying around that kind of a chip on your shoulder, I don’t think, without somebody punching you in the nose. So, it was my job to kind of keep saying “You guys are the best band in the country and it’s my job to make sure that you don’t forget that.” That’s what that record was a lot about; reminding them and then helping to tell the world that they’re probably the best band in the country.’

John Graham is a Vancouver-area resident who typically spends most days admiring music of all genres. When not listening to music, John is usually at a live show, somewhere in the bowels of Vancouver.
RELATED ARTICLES
bruciefeatureshawksley workman