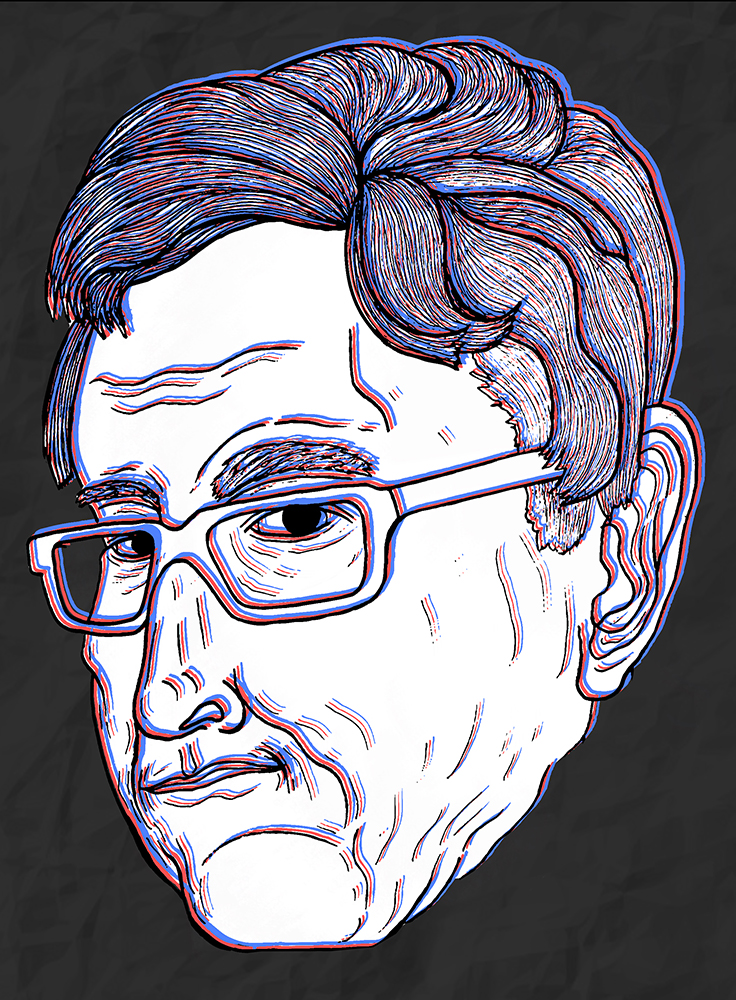 An anomaly among early-’70s singer/songwriters, Randy Newman may have been slightly influenced by Bob Dylan, but his music owed more to New Orleans R&B and traditional pop than folk. Newman developed an idiosyncratic style that alternated between sweeping, cinematic pop and rolling R&B, which were tied together by his nasty sense of humor. Where his peers concentrated on confessional songwriting, Newmandrew characters, creating a world filled with misfits, outcasts, charlatans, and con men. Though he occasionally showed sympathy for his characters, he became well known for his biting sense of satire, highlighted by his fluke 1978 hit “Short People” and his parody of ’80s yuppies, “I Love L.A.” While Newman’s records consistently received strongly positive reviews, he made his money through composing film scores for films like Ragtime and The Natural. His albums may never have sold in large amounts, but his work influenced several generations of songwriters, including Lyle Lovett and Mark Knopfler.

Born into a musical family — his uncles Alfred and Lionel were both noted film composers — Randy Newman had become a professional songwriter by the time he was 17, working for a California publishing house. Newman pursued a B.A. in music from UCLA, but he dropped out of college when his friend Lenny Waronker landed him a record contract with Reprise Records. His eponymous debut album received little attention upon its 1968 release, but over the next few years, his reputation as a songwriter grew as Judy Collins, Dusty Springfield, and Peggy Lee recorded his songs. Three Dog Night took his “Mama Told Me Not to Come” to number one in 1970, the same year Harry Nilsson recorded an entire album of Randy’s songs, Nilsson Sings Newman.

Newman’s second album, 1970’s 12 Songs, was widely praised upon its release, but the record failed to sell. Liverepeated the same pattern in 1971, but 1972’s Sail Awaybecame a moderate hit, due to positive reviews and Newman’s constant touring. He followed the record album in 1974 with Good Old Boys, an ambitious concept album about the South that received considerable controversy over its song “Rednecks,” whose ironic sense of humor was misunderstood by many. The song set the stage for 1977’s “Short People,” a simple satire of bigotry and prejudice taken from Little Criminals. While the irony in “Short People” was barely hidden, the song offended many listeners, and the ensuing furor helped the single reach number two on the charts. Newman supported the album with his first tour since 1974.

In 1979, he returned with Born Again, which received mixed reviews, and Newman began a career as a film composer two years after its release. His first score was for Milos Forman’s Ragtime, and his work was nominated for two Academy Awards. Newman released Trouble in Paradise to strong reviews in 1983, and the album spawned “I Love L.A.,” a parody of shallow yuppie culture that was misinterpreted and became an anthem for ’80s greed. Newman didn’t release another album until 1988’s Land of Dreams, which contained his first attempts at personal songwriting. Like most of his records, the album was greeted warmly by the critics, yet it failed to sell; “It’s Money That Matters,” a rewrite of “I Love L.A.,” did become a minor hit.

Newman spent most of the ’90s composing film scores and working on a musical adaptation of Dr. Faust. The resulting musical, Faust, was initially released as a concept album in the fall of 1995 to mixed reviews. A stage version of Faust opened the same month as the album’s release, and it received better reviews. Newman garnered another Oscar nomination in 1996 for “You’ve Got a Friend,” which was featured in the Disney computer-animated film Toy Story. His career was celebrated in 1998 with the release of the four-disc box set Guilty: 30 Years of Randy Newman.

Newman split with his longtime record company Reprise in early 1999. He signed with DreamWorks and released Bad Love, his first proper album since 1988’s Land of Dreams, in the summer of 1999. A number of film projects followed, and Newman once again put his solo career on hiatus while composing music for several movies. In 2003, Newman signed with the artist-friendly Nonesuch label, and that year he released his label debut, The Randy Newman Songbook, in which he performed new solo piano and vocal arrangements of some of his most celebrated songs. (A second Songbook album was released in 2011, and Vol. 3 appeared in 2016.) Newman returned in 2008 with Harps and Angels, an album that revisited the biographical approach first attempted with Land of Dreams. In 2009 and 2010, Newman focused his creative energies on film music, scoring The Princess and the Frog and Toy Story 3; both earned Oscar and Grammy nods, and in the case of Toy Story 3, wins. He returned in 2017 with yet another Pixar soundtrack, Cars 3.