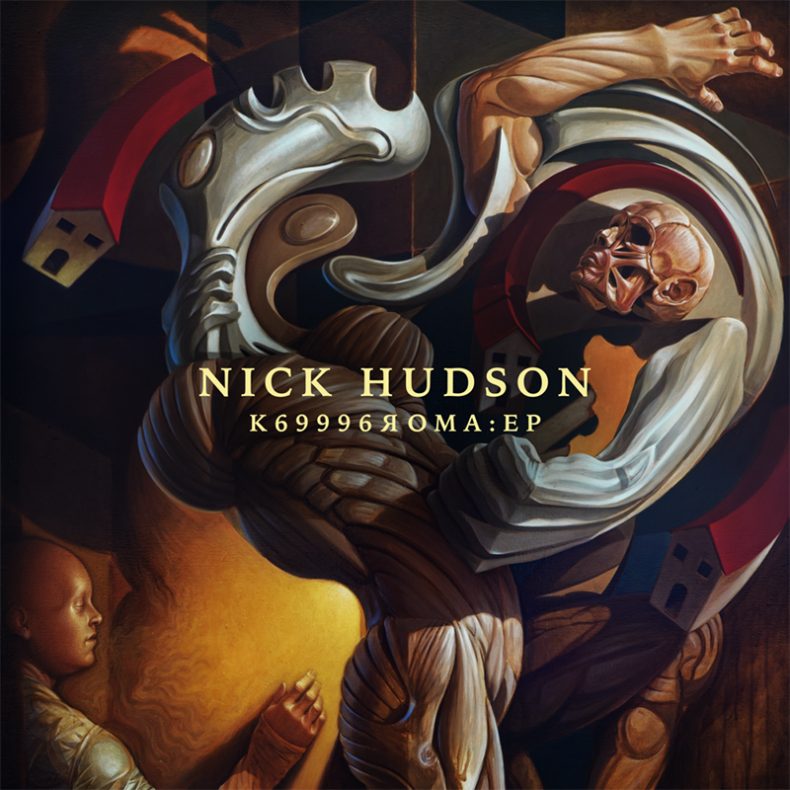 Earlier this year, we introduced you to the fantastic music of Brighton-based singer-songwriter Nick Hudson, best known as frontman of The Academy Of Sun. We premiered “Surkov’s Dream”, the lead track from his Font of Human Fractures album and we also reviewed that full album, his first one in five years. Now he is back with the follow-up EP, called K69996ROMA:EP.

Today we have the pleasure of premiering a short artistic film created by Brighton-based filmmaker Adrian Goycoolea for the EP’s lead track “The Ballad Of K69996 Roma”. Given the subject matter of this particular video, it is not surprising that Goycoolea is involved, given that his films often address issues of location and identity, exploring the intersections of personal memory with social and political histories.

“The Ballad Of K69996 Roma” transposes a conscience upon the slick Alfa Romeo car that was owned by and weaponised in the 1975 murder of queer Marxist filmmaker, poet and essayist Pier Paolo Pasolini.

Here we witness something that resembles a re-enactment of this gruesome yet fascinating story. You can’t take your eyes off this film and you’ll want to watch it again just as soon as you’ve finished (and return to it multiple times subsequent to that).

There’s something haunting in this music and accompanying clip. To boot, the melody and vocal delivery are equally stunning. Hudson, who has quite a lot of famous fans (an artist’s artist, some may argue), has earned the reputation he has for a good reason. Perhaps best put by Mogwai’s Stuart Braithwaite when he said Hudson was one of the most exciting musicians currently operating in the UK, noting that he is “fantastically dedicated, prolific and talented” and “currently at the height of his creativity”. We must concur – Hudson is ascending quickly and we can only enjoy the ride and associated soundtrack. 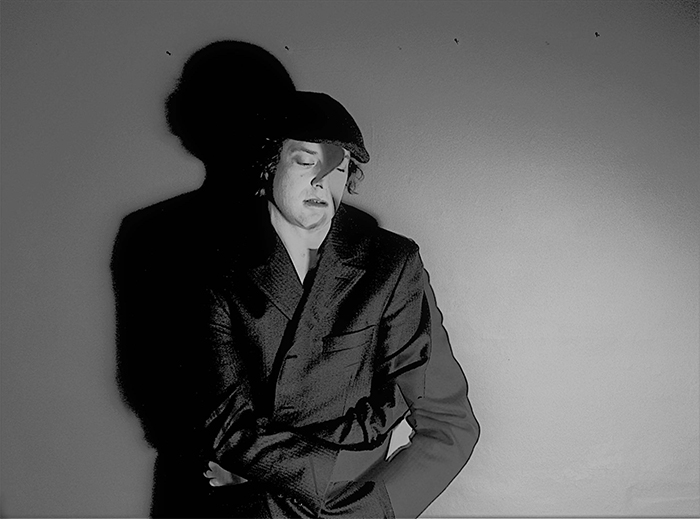 “K69996ROMA:EP is the shadow cast in the desert by the brutalist garret of Font Of Human Fractures – like Amnesiac to its Kid A, if you will. This takes the Pasolini-inspired “The Ballad Of K69996 Roma” from that record and refracting it through a prism of gay communist black metal chamber electronica,” says Nick Hudson.

“While cinema has always been pivotal to my work, it’s never been stronger than here, with references to Alain Delon, French cine-essayist Chris Marker, and the aforementioned Pier Paolo Pasolini, scattered throughout.”

The EP consists of 8 diverse tracks, including “Asymmetric: A Forgery”, a track that was originally composed and recorded for Font Of Human Fractures, but was omitted due to running time restrictions on the vinyl edition. “The Florist”, co-written with Kianna Blue (The Academy of Sun), proposes a kind of metaphysical tabula rasa, as the protagonist self-immolates in a flower shop, and ascends.

“Channeling Pasolini’s communism, and the contradictions within his own ‘brand’ of it – alongside my own contemporarily-heightened anxieties and allegiances –  the political angles are sharper on this release than on others.  As such it felt right to include my interpretation of Robert Wyatt’s beautiful “Amber And The Ambergrines” in the set,” says Nick Hudson.

K69996ROMA:EP will be released digitally and as a hyper-limited edition 4-panel CD digipak of 50 copies, 25 of which will be presented in an ACAB-silkscreened metallic gold envelope, with a bonus track in the form of a score booklet, printed on Nepalese floral paper and featuring an original miniature artwork by Nick Hudson. This and Hudson’s other music and artwork can be ordered at https://nickhudsonindustries.bandcamp.com.

Here are some other audio-visual gems from Hudson’s 2021 ‘Font of Fractures’ album, the first of which was produced by renowned Scottish writer Ewan Morrison:

New Music, Video Premiere
come back when there's nothing leftfont of human fracturesnew musicnick hudsonsky tourismsofiaspill video premieresurkov's dreamthe academy of sunthe ballad of k69996 romathere is no such thing as youtoby drivervideo premiere
come back when there's nothing left, font of human fractures, new music, nick hudson, sky tourism, sofia, spill video premiere, surkov's dream, the academy of sun, the ballad of k69996 roma, there is no such thing as you, toby driver, video premiere
About the Author
SPILL NEW MUSIC

by Ljubinko Zivkovic on April 30, 2021
Nick Hudson Font Of Human Fractures Independent Modern music genres can really be strange constructs. They can be proclaimed on the basis of musical structures, lyrics or just [...]