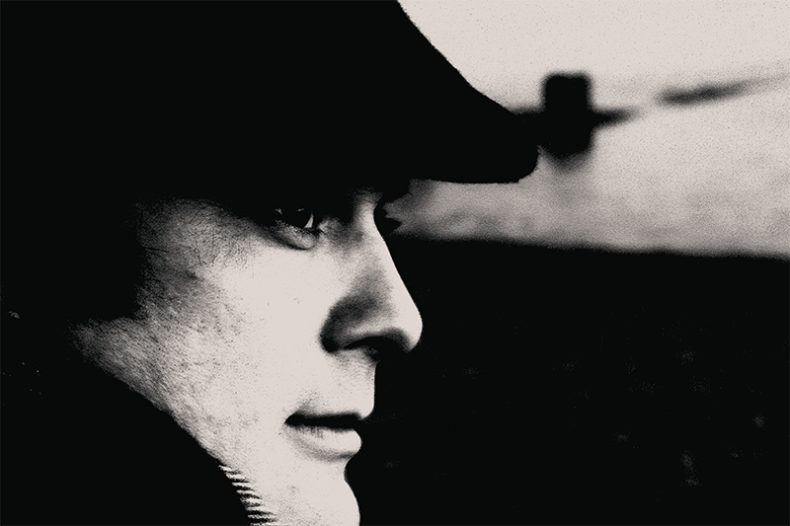 It’s been over a year since we last explored the music of Brighton-based singer-songwriter Nick Hudson via his band The Academy Of Sun. Now the songwriter is back with new music – this time flying solo. His new album Font Of Human Fractures may not be out until the end of April, but today we have the pleasure of presenting “Surkov’s Dream”, the album’s lead track.

With 10 tracks on offer, this is a neo-classical record with electronic undertones. This first single features a MIDI instrument constructed from samples made by Nick and engineer Paul Pascoe (Barry Adamson, Beat Hotel) of the bass pedals of the vast church organ of St. Mary’s in Brighton as it narrates an oneiric monologue from the imagined subconscious of Putin’s Grey Cardinal. This music is surreal and spacey, while keeping you within earthly / human realms through reminders such as a church organ and a vocoder. Eerie and wonderful, with great depth.

This is Hudson’s first solo studio album since Ganymede In A State Of War (2016). Recorded and mastered at Church Road Studios, this is a collection of torch songs, banishing rituals and searing ballads, scored for piano and two violins, underlined with gothic electronica, with dramatic cameos and curveballs. Musically, Hudson is influenced by Coil, Kate Bush, Laibach, Danny Elfman, Nico and Scott Walker.

The new solo release, scored almost entirely for piano and two violins, is a ruminative melting pot from the point of view of a queer man in his late thirties. It is like a dialogue with his younger self, negotiating himself free of toxic programming and banishing the inhibitions that can blight, dull and impotize the best of us.

Nick Hudson is a prolific figure on the UK underground music scene and is perhaps best known as frontman of art-rock band The Academy Of Sun, who released their dystopian epic The Quiet Earth last year to critical acclaim. Apart from music, Nick’s vast output also encompasses painting, film, and he has just completed his first novel.

‘Font Of Human Fractures’ is a kaleidoscopic and emotionally transparent document of the search for self-worth – and ultimately love – in a thorny, unevenly-stacked world. On April 30, this record will be released on vinyl and also digitally everywhere, including Bandcamp and Spotify. Already on February 24, the first single “Surkov’s Dream” should be revealed.

Hudson also recently performed in Sofia, including several tracks from the new album:

by SPILL NEW MUSIC on September 13, 2021
NICK HUDSON – “THE BALLAD OF K69996 ROMA” A SPILL EXCLUSIVE VIDEO PREMIERE Earlier this year, we introduced you to the fantastic music of Brighton-based [...]
8.0