Features
34
previous article
SPILL VIDEO PREMIERE: NICK HUDSON - "THE BALLAD OF K69996 ROMA"
next article
SPILL FEATURE: AND WHERE THE HELL ARE ALL MY FRIENDS? - A CONVERSATION WITH TIM BUTLER OF THE PSYCHEDELIC FURS 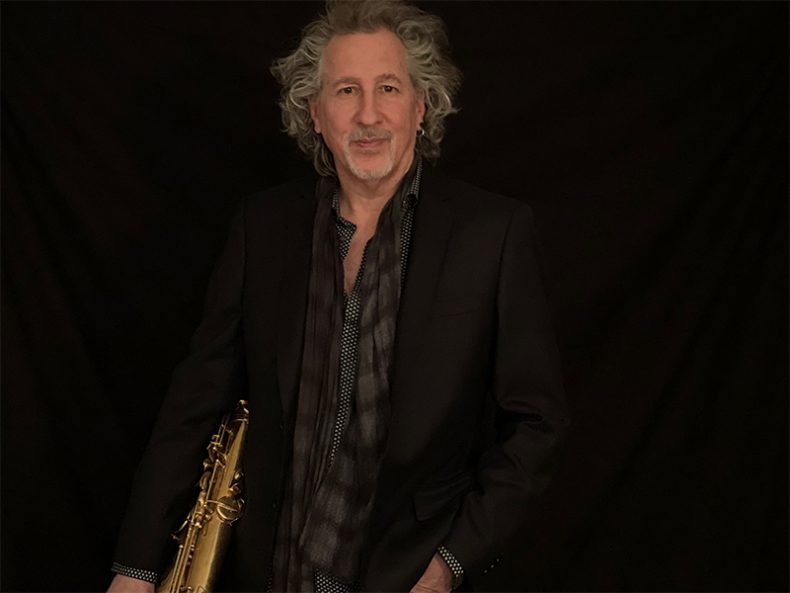 A CONVERSATION WITH STAN HARRISON

Stan Harrison has been making music for a long time. Though best known as a saxophonist, he is also an accomplished woodwind player. He has released two critically acclaimed solo albums, 2000’s The Ties That Bind and 2007’s The Optimist. He also formed Mud Music Ensemble, which allowed him to perform in an experimental ensemble which produced some very interesting material. Over the years, Harrison has also provided saxophone for Bruce Springsteen, David Bowie, Diana Ross, Serge Gainsbourg, Radiohead, Jewel, They Might Be Giants, and Southside Johnny to name just a few.

On February 17, 2021, Harrison debuted the first of a series of 20-second compositions on YouTube “By, Way Of Introduction”. The clip contained contributions from his daughters Sasha and Chloe Harrison, as well as drumming from Billy Ward. I had the chance to talk with Harrison about this unique project.

“I send Ross [producer Ross Cisneros] what I have, my material, and Ross mixes it and masters it and adds processes. I send him the tracks I have un-EQed, no effects and not panned at all and I give Ross some basic notes as to what I am going for and he takes my notes in a a day or two and I give him another set of notes, and the process may take three times maybe and it is there. I can be confusing without meaning to be, if I attempt to be confusing I am really good at that,” laughs Harrison. “Ross understands pretty much immediately what I am saying and we communicate extremely well with one another.”

The project began as an exercise to get his name out in the musical arena and he wanted to do something original. “The purpose of it led me to the concept and the title. In a nutshell, especially during COVID and we have all be so isolated and after being on the road for the good part of two and a half years and then to be off for so long, I kind of dropped out of sight, certainly in the eyes of many people. Combine that with the fact that my reputation has long been as someone associated with rock bands and R&B bands. I decided to do something to solve some of these issues, especially issues with no one knowing I am alive anymore. At the same time I wanted to make people aware I had other interests than the bands I have performed with. People might be surprised at my musical influences. I wanted to put this out in the world. I didn’t know if anything would happen, but I realised that by not doing it, I wasn’t helping myself at all.”

So Harrison opted to perform short pieces so listeners did not have to invest a great deal of time. Also, he thought that visuals maintain the listener’s interest. “Who’s going to sit and listen to long pieces? So, let’s make the pieces short. The benefit of making them short, even though it takes a long time for me to do what I am doing, but it gives me an opportunity to present a variety of things more quickly than if I was doing really extended pieces. I just wanted to make it easier on the listener. And then I thought, ‘what if people are just not into listening at all, I’ll put a video together so if they are bored listening, they won’t be bored watching,” says Harrison.

Harrison is not being kind to himself. The music is experimental, interesting and an absolute pleasure to listen to. The videos are fun too, but rest assured, the music can stand on its own. The videos, however, are as important as the music to him. One video even features his wife, actress Margot Steinberg. And by doing the videos, he came to realize that he enjoys making movies.

“The music always came first, with no idea as to what I would put to a visual. I would ask people with whom I am working, please send me a short video clip and a still shot. I didn’t care what they were doing and preferably not playing your instrument. I would get what I would get, and make something, and the concept had to be broad enough to encompass what they sent so it doesn’t look like it doesn’t belong there. I couldn’t believe how much fun I had doing these.”

Harrison recently released the ninth in the series with a promise of more to come. Number ten is on its way, and this seems to be a project near and dear to his heart. It is also attracting a great deal of attention. But in the end, Harrison’s goal for the project is simple. “I would like someone to hear what I do and like the way I play.”

by Aaron Badgley on September 2, 2021
HAVE GUITAR, WILL TRAVEL A CONVERSATION WITH STEVE HACKETT (GENESIS) Steve Hackett needs no introduction. His guitar playing has influenced generations [...]