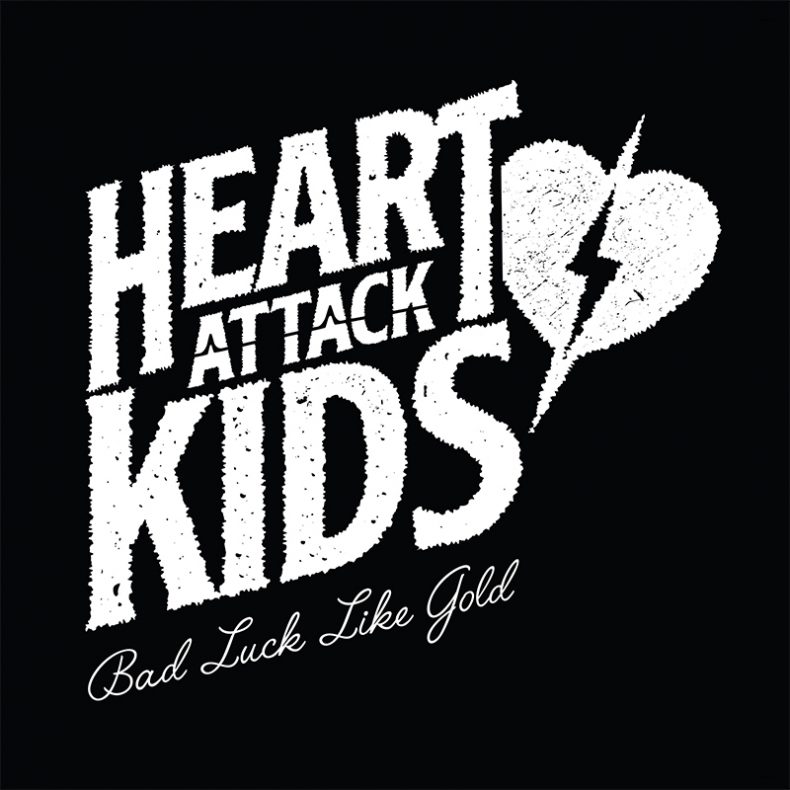 High voltage rock and roll duo Heart Attack Kids release a new video for “City Sleeps” off their electrifying sophomore LP Bad Luck Like Gold, out now via New Damage Records. Their experiences over the last few years heavily informed their lyrical content, with the album title being a not-so-subtle allusion to some of the tribulations of life as a touring band. Blunt, boisterous, and bullshit-free, the record opens with a barn-burning instrumental track that perfectly sets the tone for what’s to come – basically a musical fuse that hits the powder when “Do What You Do” bursts through the speakers. Bad Luck Like Gold is unrelenting as Ellul and Stock smash through song after song of dynamite drumbeats and sludgy riffs as engulfing as quicksand. The explosive sonic concoction is potent and compelling, cut at Vespa Studios with Cancer Bats frontman Liam Cormier as producer. The 12 tracks hit with the energy of an atom bomb and the urgency of its impending detonation. The album builds atop the foundation of relentless garage punk riffs and crushing rhythms established on their debut LP, 2016’s No Future. Their combustible rock n’ roll turned the heads of notable industry influencers, leading to a slew of releases on various imprints and high-profile shows alongside acts Billy Talent, Rise Against, The Gaslight Anthem, and dozens more.

“City Sleeps is all about how things are never quite as they seem, and the struggles of living in a city that feels like a small town. Sometimes you have to dig deeper to find the truth. We really wanted to shoot a music video with a 90s hip-hop vibe. When I was working odd jobs I acquired a 1950s projector with a bag of slides with 1960s Europe on them. They looked great projected on the white t-shirts we wore.”

by Gerrod Harris on April 20, 2018
Cancer Bats The Spark That Moves Bat Skull Records/New Damage Records In celebration of 4/20 or in anticipation of Record Store Day, Cancer Bats have released their sixth album, [...]
6.0