Features
2
61
previous article
SPILL FEATURE: EVERYTHING I AM, EVERY MOMENT NEW - A CONVERSATION WITH NEAL MORSE (D'VIRGILIO, MORSE & JENNINGS)
next article
SPILL NEWS: !!! ANNOUNCES NINTH STUDIO ALBUM 'LET IT BE BLUE' OUT MAY 6 VIA WARP RECORDS | TOUR DATES 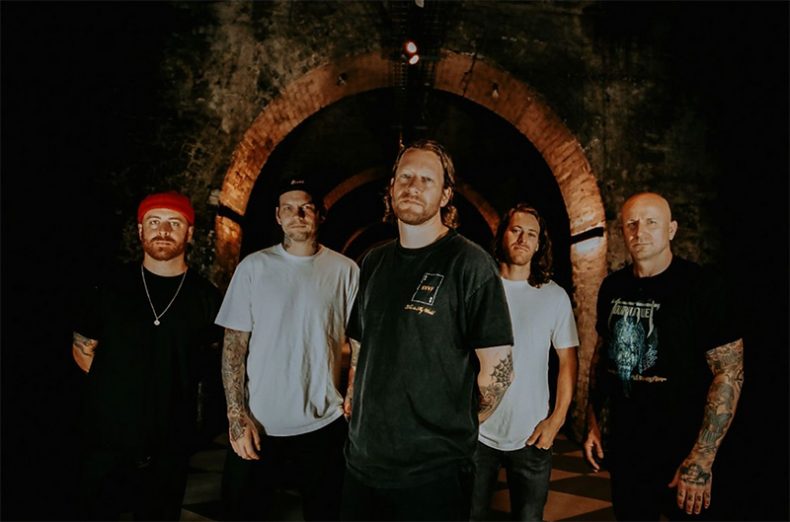 A CONVERSATION WITH ANDREW NEUFELD OF COMEBACK KID: PART ONE

Heavy Steps is no different, challenging the level of brutal soundscapes they have conjured up throughout the years, embracing what it means to be hardcore but with calculated risks. Traditional hardcore hitters like “True To Form” exemplify this point and more. But like any risk you take with a new record, there is always underlying pressure to redefine what you are already doing as an artist, especially when you have been in the music game as long as Comeback Kid has been.

“We ride that fine line,” Neufeld laughs. “I think that historically, I’ve been the one that’s been coming in with somewhat left-field songs. We have a lot of discussions and adjust those songs along the way to keep Comeback Kid songs somewhat in our lane. We have had talks throughout the whole 20 years that we have been a band stating that we don’t want to put out a super different record, that when a fan listens to it they say, “Dude this isn’t Comeback Kid” You know what I am saying? We save that for side projects because we do enjoy other types of music. With Comeback Kid, we feel a sense of responsibility to keep the sound we have built throughout the years and records, but there also is an urge to write cool new stuff. Something memorable, heavy, energetic, but still hardcore with a hint of emotion.”

Heavy Steps comes five years after their huge, underground melodic gem, Outsider. A record violent in its delivery and atramentous with emotion, it would set a massive tone for the record that would manifest later. A record that would foster a faster, heavier, and more vicious sound. “Some of the songs we put a nostalgic face on them,” Neufeld pauses. “That was a discussion that was had. But on the other hand, we did want to make this record heavier and take a few more steps on the production level, vocally, and maybe a few more things musically that we have not necessarily touched on before. There is always pushback even with the band on that stuff. You have the hardheads and those that want to push the envelope a bit more. Those roles change between the songs.” 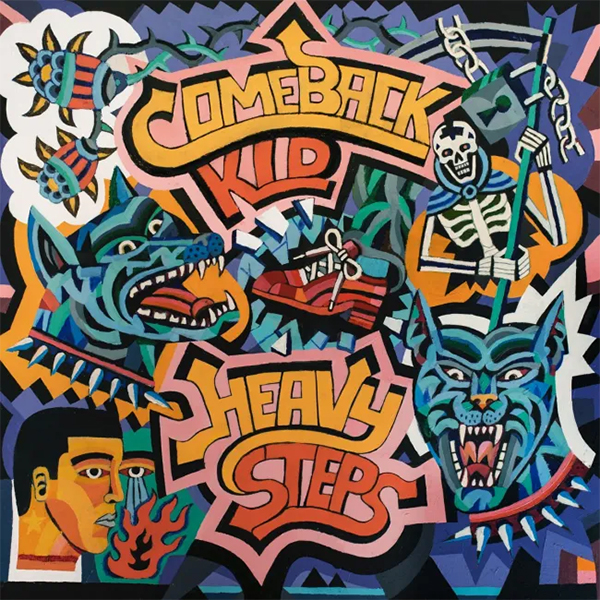 While their style has progressively changed over time, Comeback Kid wanted to work with people that not only understood their sound but also understood that the Winnipeg heavyweights wanted to push the record to new instrumental and lyrical territories. They would engage with mixer Will Putney, who has worked with famous acts in the scene such as Knocked Loose and Every Time I Die, and John Paul Peters, who would bring comfort from working on their first record, Turn It Around.

” I think as far as tracking the record with John Paul, that was a more comfortable space for us,” responds Neufeld. “We knew we had to record in Winnipeg for certain people’s family reasons and stuff, and this is the studio where we primarily have done a lot of work. We trust John Paul and he’s kind of along for the ride. He’s there is make sure all the I’s are dotted and the T’s are crossed,” he laughs. “Vocally, we will have two studios going at the same time, so to have that level of trust in John Paul is great. I like to work with people that want to work with me. I don’t feel comfortable working with people I have to chase down to work with me. I met Will at a bar 10 years ago .. in New York. He always wanted to do a Comeback Kid record. He talked about coming up to Canada to do the record, but Covid restrictions were not allowing that to happen at the time. But thankfully we were able to get him into the mix, I referenced the mix he did with the Kubla Khan record. When you look at our styles, we are nothing alike, but the impact it has is so heavy. The way he can make the bass, kick drums, and guitar riffs sound so heavy at times is something we wanted. We wanted a more in-depth and dynamic sound this time around. I would give an example of what I would want our sound to be like and he would just amp it up, as if it were on crack.”

Heavy Steps would be a page-turner for the band packed with layers of clever instrumental musicianship. Like Outsider, channeling anger and raw inner reflection is not alien to the hardcore veterans. From the beginning of the record, “Heavy Steps,” “No Easy Way Out,” and “Face The Fire” are melodic chaos, allowing us to drink in lively kickdrums, ear-consuming basslines, and guitar riffs; a punch to the stomach, making an instrumental and lyrical statement, as we approach every situation introspectively, it seems we try our best not to crumble beneath the weight. Effectively, Heavy Steps finds a way to build on that concept by facing the music and what we meet when we reach the end.

by Samantha Andujar on March 2, 2022
HEAVY STEPS ON HOLLOW GROUND A CONVERSATION WITH ANDREW NEUFELD OF COMEBACK KID: PART TWO From start to finish, Heavy Steps is a [...]