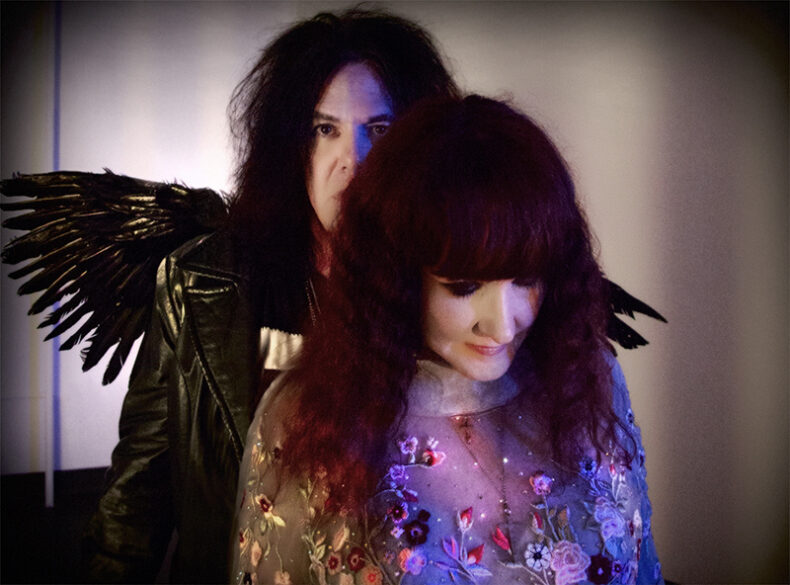 Already several years have passed since we first introduced our readers to the ‘supergroup’ known as Beauty In Chaos, curated by guitarist Michael Ciravolo and involving numerous musical luminaries from across the alternative rock and post-punk scenes, in addition to electronic wizards for their related remix releases. It’s quite the impressive enterprise if we must say so.

Earlier, we reviewed their debut album Finding Beauty In Chaos and premiered the single “Man Of Faith” featuring The Mission frontman Wayne Hussey and The Cure’s own Simon Gallup.  Now they are back with the new single “Afterlife” featuring vocalist / lyricist Tish Ciravolo, The beautiful video was filmed, directed and edited by GABB Productions – it’s very scenic with the musical and lyrical content providing the perfect soundtrack to the cinematic journey offered by the creators. The song itself is stunning with layers of sonic poetry, Cure-like guitar weavings, a score-like structure, together with Tish’s soothing timbre and endearing delivery.

“Trying to capture a near-death experience in a song is an experience that I never knew I would be able to creatively achieve.  Sharing a solo imagery, a solo experience, something that only I had seen in my mind’s eye, then conveying that through lyrics that made sense was my heavenly assignment.  Then, trying to explain that cataclysm, that crescendo to a filmmaker to help capture those moments was the crux” says Tish Ciravolo

“This video brings my own experience between Heaven and Hell and brought out that light, that extremely beautiful contrast, the emotional pull of those few moments between life and death, like I could never have dreamed or imagined.”

This song is on BIC’s new Behind The Veil LP, recently released in multiple formats via the label 33.3 Music Collective and recorded, mixed and produced by Grammy nominated producer Michael Rozon, All tracks feature female vocalists, among whom we also find Cinthya Hussey, Betsy Martin (Caterwaul), Whitney Tai, Elena Alice Fossi (Kirlian Camera) and Pinky Turzo. It also includes re-envisionings of these songs by the likes of Tim Palmer, MGT, John Fryer, Statik, Tommy Hatz, Julian Shah-Tayler and Rozon himself.

“When the music to this track started to come together in the studio, before any lyrics, I knew this would be the album’s lead-off ‘needle drop’ song. It just felt right. The track has a sort of non-traditional arrangement.  I thought it would be a bit challenging for most singers. I loved what my wife had done on ‘Lookup”’ putting herself into the lyrics, yet having a message of hope,” BIC curator Michael Ciravolo.

“When Michael Rozon and I heard what she did with the track … turning it into a song, we were both ecstatic.  I usually go with my first instinct on things, and, to me, ‘Afterlife’ is the perfect opener for this album. It sets a mood I wanted, and Michael Rozon’s production is second to none.”

As with all BIC releases, a 25-track digital version is included with all physical copies of the Behind The Veil LP. As part of a Limited Edition 2-CD set, 33.3 Music Collective has also released the bonus CD Further Behind The Veil, featuring remixes by Paul Wiley (Marilyn Manson), Sin Quirin (Ministry), Kitty Lectro, Bentley Jones, Roman Marisak, Kevin Kipnis, Julian Shah-Tayler and The Phoenix Supernova, as well as an extended album version of Orion.

Behind The Veil is out now on CD and limited-run vinyl. Digitally, it is available across streaming platforms, including Bandcamp. All formats can also be ordered directly from the artist at https://www.beautyinchaosmusic.com/music-store.

Also enjoy videos for the earlier-released singles from this collection:

by SPILL NEW MUSIC on September 24, 2018
BEAUTY IN CHAOS “MAN OF FAITH” FT. WAYNE HUSSEY AND SIMON GALLUP A Spill Exclusive Music Premiere Ahead of the release of their debut [...]