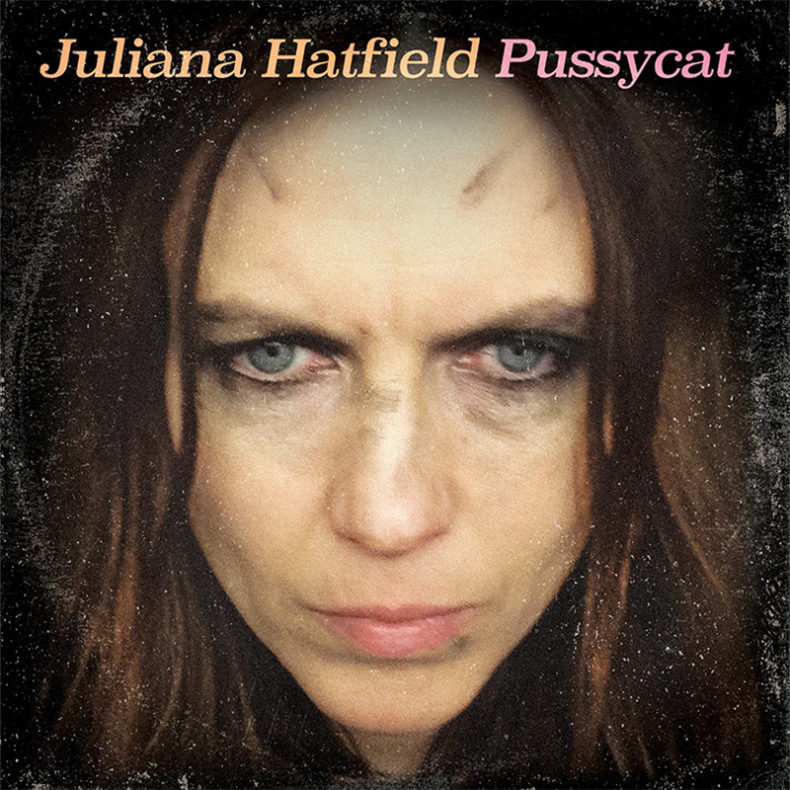 Boston-based singer-songwriter Juliana Hatfield will be releasing a brand-new record titled Pussycat (American Laundromat Records) on April 28th, following the kick-off of a national tour that will start on April 23rd.  The first single, “Impossible Song” can be heard below or HERE.

“I wasn’t planning on making a record,” says Juliana Hatfield, of her new Pussycat album. In fact, she thought her songwriting career was on hiatus, and that she had nothing left to say in song form; that she had finally said it all after two decades as a recording artist. But then the presidential election happened. “All of these songs just started pouring out of me. And I felt an urgency to record them, to get them down, and get them out there.”

Hatfield produced and played every instrument other than drums-bass, keyboards, guitars, vocals. From start to finish-recording through mixing-the whole thing took a total of just twelve and a half days to complete.

“It was a blur. It was cathartic,” says Hatfield. “I almost don’t even understand what happened in there, or how it came together so smoothly, so quickly. I was there, directing it all, managing it, getting it all done, but I was being swept along by some force that was driving and controlling me. The songs had a will, they forced themselves on me, or out of me, and I did what they told me to do. Even my hands-it felt like they were not my hands. I played bass differently– looser, more confident, better.”

Pussycat comes on the heels of last year’s Hatfield collaboration with Paul Westerberg, the I Don’t Cares’ Wild Stab album, and before that, 2015’s Juliana Hatfield Three (“My Sister”, “Spin The Bottle”) reunion/reformation album, Whatever, My Love (American Laundromat Records)

“I’ve always been prolific and productive and I have a good solid work ethic but this one happened so fast, I didn’t have time to think or plan,” says Hatfield. “I just went with it, rode the wave. And now it is out of my hands. It feels a little scary.”

Pussycat is being released into a very tense, divided and inflamed America. The songs are reflective of that atmosphere – angry (“When You’re A Star”), defiant (“Touch You Again”), but also funny (“Short-Fingered Man”), reflective (“Wonder Why”), and even hopeful (“Impossible Song”), with its chorus of ‘What if we tried to get along/and sing an impossible song’).

The tour will kick off in Hatfield’s hometown of Cambridge, MA then head to Philly, Vienna, Virginia and to NYC’s Mercury Lounge with more national dates to be announced soon.

Juliana will also be part of the Boston Stands with the ACLU show at the Paradise in Boston, MA on March 18th.

SPILL NEWS strives to keep our readers up to date with news and events in the music industry. We keep you informed of the most recent information regarding new releases, tour dates, and information items about your favourite artists.
RELATED ARTICLES
american laundromat recordsjuliana hatfieldnews
9.0