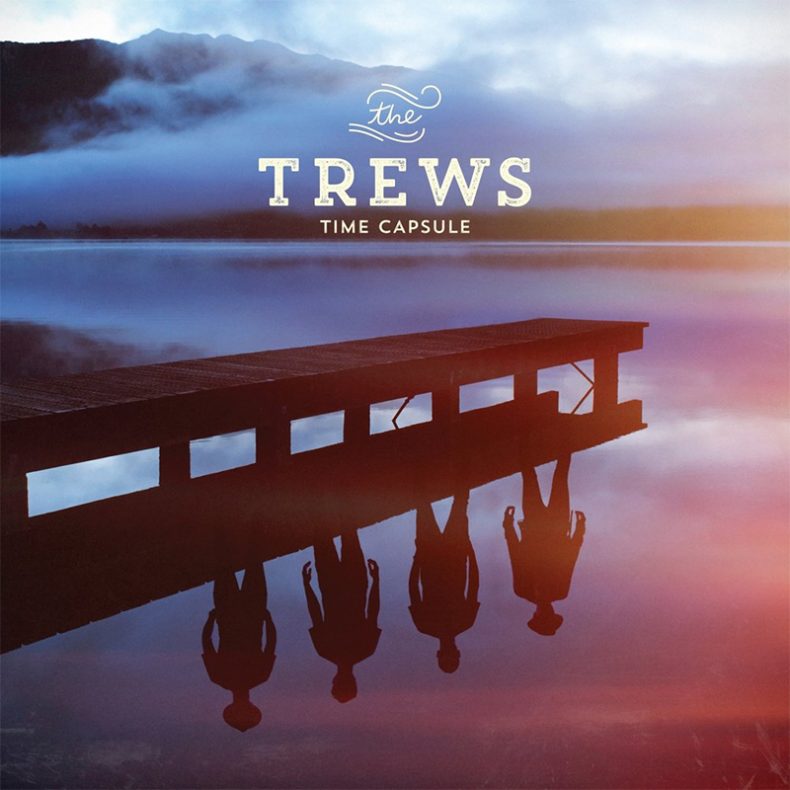 Toronto, ON – Beloved Canadian rockers THE TREWS are set to bring their incredible thirteen year history to life with a twenty-date TIME CAPSULE tour this November in support of their upcoming album Time Capsule, available September 9, 2016 via Home Music Canada / Entertainment One (iTunes preview pre-order here).

The tour represents the start of a new era for the band as Time Capsule simultaneously looks back and forward to what they have accomplished since their debut in 2003, while formally beginning a new chapter with drummer Gavin Maguire, who joined the band in 2015. Fans can expect to hear some of the band’s biggest hits and fan favourites, along with four brand new songs that are featured on the album. The new tracks indeed show that the band has remained true to their rock ‘n roll fire, with the radio single “Beautiful & Tragic” – a co-write with the band and Serena Ryder – notably tipping its cap to ’70s glam rock. The tour will kick off on November 10 at Distrikt in Victoria, BC and wrap on December 16 at The Marquee in their home province of Halifax, NS. Tickets go on sale September 16 via www.thetrewsmusic.com.

“We’re looking forward to getting back out on the road in support of this release. In pouring over the vault to get the material ready for it we discovered all sorts of rare gems that we polished up and will be including in the set lists,” said lead guitarist, John-Angus MacDonald. “We’ve also been writing a ton of new material so this tour will also give us a chance to road test some of that. And as always, fan favourites will be in the mix every night. We look forward to seeing all of your pretty faces this fall and winter, cheers!”

To date, The Trews have played over 1,000 shows worldwide, on their own as well as supporting the Rolling Stones, KISS, Robert Plant, Guns ‘n Roses, Kid Rock and Bruce Springsteen.  Orillia, Ontario natives Bleeker will be on the road with The Trews as direct support for eighteen of the twenty shows. Bleeker are currently working on their follow up album to their recently released self-titled E.P.

SPILL NEWS strives to keep our readers up to date with news and events in the music industry. We keep you informed of the most recent information regarding new releases, tour dates, and information items about your favourite artists.
RELATED ARTICLES
entertainment onenewsthe trews