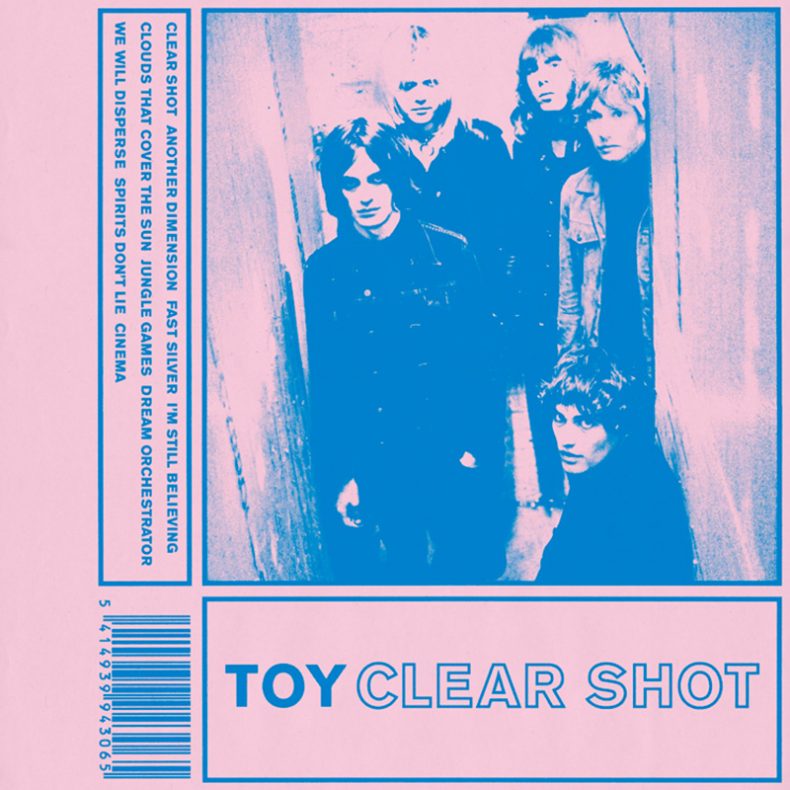 Capped with a signature, elongated break pairing the striking and intricate guitars of Dougall and Dominic O’Dair and the ever-captivating bass of Maxim Barron – the song is a statement from a group still evolving, three records in and able to pull from a wealth of musicianship and experience.The album was recorded with producer David Wrench towards the end of 2015 at Eve Studio.

Splitting their time between Tom Dougall and bassist Maxim Barron’s place in New Cross and Dominic O’Dair’s flat in Walthamstow, where they set up a makeshift studio and laid down the early album demos, Clear Shot began to take shape in the first half of 2015.

Toy previously released their self-titled debut in 2012 and cemented their reputation as the best alternative rock band in the country with Join the Dots at the end of 2013. Such was the reception toJoin The Dots that Toy toured their second record for nigh-on two years, culminating in their biggest London show yet at Shepherd’s Bush Empire in April 2014.