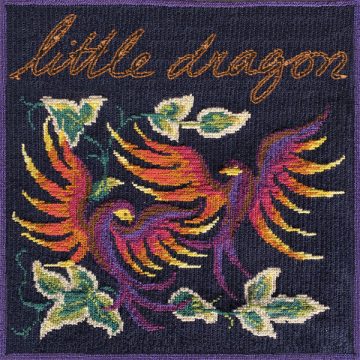 Little Dragon’s last full-length album, New Me, Same Us, was released in March of 2020. It was held back in its early days, preventing the band from taking the project on tour. The band released the New Me, Same Us Remix EP in August of 2021, and this three-track EP, Drifting Out, closes out a difficult year. The tracks include the band’s original version of “Drifting Out”, Kelsey Lu’s remix of the song, and a collaborative effort featuring strings.

The original track is a ballad that accompanies Yukimi Nagano’s stunning vocals with classical piano. The ebb and flow of the piano mirrors the song’s speaker trying to find balance in life. “I’m so deep in a cloud, I’m drifting out.” It follows the speaker’s intimate journey to finding someone who can provide this stability. “Ooh, love / Carry me down.”

Kelsey Lu’s remix pitches down and adds reverb to Nagano’s vocals. It also features dark, propulsive electronic beats that eventually give way to longing strings and an arpeggiated piano. The final track replaces the original’s piano accompaniment with string harmonies from Yo-Yo Ma and Jakob Koranyi. The song transcends when the two cellos swell midway through, shifting the focus from the vocals to the intertwining of the individual melodies and harmonies.

This stripped back approach may remind fans of the band’s earlier work, and with beautiful instrumentals combined with soaring vocals, this EP is worth a listen to fans and newcomers alike.

Alex is a music and film writer based in Seattle, WA. His work can be found regularly at The Young Folks and Beats Per Minute.
RELATED ARTICLES
album reviewalbum reviewslittle dragon
10