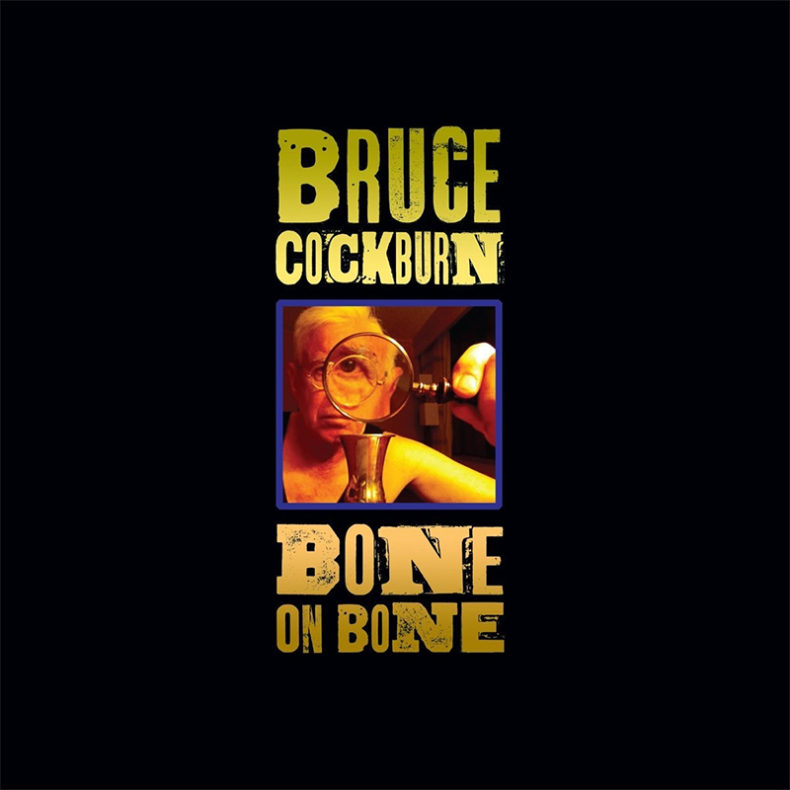 ALBUM OUT VIA TRUE NORTH RECORDS

Bruce Cockburn has announced the September 15, 2017 release of his first full-length album in seven years, Bone On Bone (True North Records). The release coincides with his induction into the Canadian Songwriter’s Hall Of Fame, and the launch of his longest touring schedule in decades.

Few recording artists are as creative and prolific as Bruce Cockburn. Since his self-titled debut in 1970, the Canadian singer-songwriter has issued a steady stream of acclaimed albums every couple of years. But that output suddenly ran dry in 2011 following the release of Small Source of Comfort. There were good reasons for the drought. For one thing, Cockburn became a father again with the birth of his daughter Iona. Then there was the publication of his 2014 memoir Rumours of Glory.

“I didn’t write any songs until after the book was published because all my creative energy had gone into three years of writing it,” Cockburn explains, from his home in San Francisco. “There was simply nothing left to write songs with. As soon as the book was put to bed, I started asking myself whether I was ever going to be a songwriter again.”

Such doubt was new to the man who’s rarely been at a loss for words as he’s distilled political views, spiritual revelations and personal experiences into some of popular music’s most compelling songs. What spurred Cockburn back into songwriting was an invitation to contribute a song to a documentary film about the late, seminal Canadian poet Al Purdy and he was off to the races.

Bone On Bone, Cockburn’s 33rd album, arrives with 11 new songs and there’s a prevalent urgency and anxious tone to much of the album, which Cockburn attributes to living in America during the Trump era. But, more than anything, Bone on Bone amounts to the deepest expression of Cockburn’s spiritual concerns to date. The 12-time Juno winner and Canadian Music Hall of Fame’s “Forty Years in the Wilderness” ranks alongside “Pacing the Cage” or “All the Diamonds” as one of Cockburn’s most starkly beautiful folk songs.

“There have been so many times in my life when an invitation has come from somewhere…the cosmos…the divine…to step out of the familiar into something new. I’ve found it’s best to listen for, and follow these promptings.

“Forty Years in the Wilderness” is one of several songs that feature a number of singers from the church Cockburn frequents, for the sake of convenience referred to in the album credits as the San Francisco Lighthouse “Chorus.” “Among other songs, they contribute call-and-response vocals to the stirring “Stab at Matter.” Other guests on the album include singer-songwriters Ruby Amanfu, Mary Gauthier, and Brandon Robert Young, along with bassist Roberto Occhipinti, and Julie Wolf, who plays accordion on “3 Al Purdys” and sings with the folks from Lighthouse, together with LA songwriter Tamara Silvera.

Produced by Colin Linden, Cockburn’s longtime collaborator, the album is built around the musicianship of Cockburn on guitar and the core accompaniment of bassist John Dymond and drummer Gary Craig. Also very much part of the sound is the accordion playing of Cockburn’s nephew John Aaron Cockburn and the solos of noted fluegelhorn player Ron Miles (check out his stunning work on the cascading “Mon Chemin,” for example).

Cockburn, who won the inaugural People’s Voice Award at the Folk Alliance International conference in February and will be inducted into the Canadian Songwriters Hall of Fame in September, continues to find inspiration in the world around him and channel those ideas into songs. “My job is to try and trap the spirits of things in the scratches of pen on paper and the pulling of notes out of metal,” he once noted. More than forty years after embarking on his singer-songwriting career, Cockburn keeps kicking at the darkness so that it might bleed daylight.

SPILL NEWS strives to keep our readers up to date with news and events in the music industry. We keep you informed of the most recent information regarding new releases, tour dates, and information items about your favourite artists.
RELATED ARTICLES
bruce cockburnnewsstates i'm in