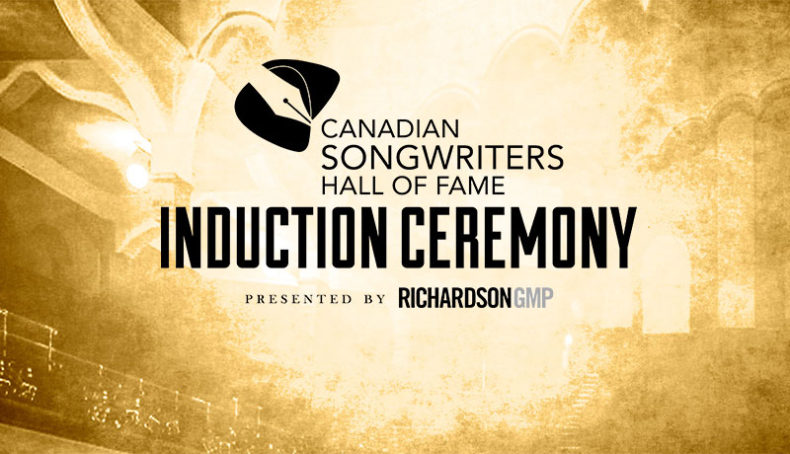 On Saturday, September 23, 2017 iconic Canadian musicians Neil Young, Bruce Cockburn, Beau Dommage and Stéphane Venne were inducted into the Canadian Songwriter’s Hall of Fame. The moving bilingual three-hour ceremony was fittingly held at the legendary Massey Hall and marks the induction after a five-year hiatus. CBC streamed the ceremony for those unable to attend the Toronto event. 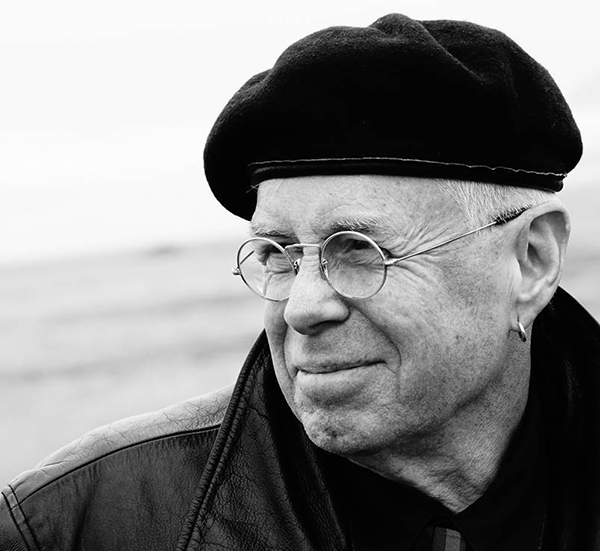 Juno award-nominated husband-wife duo, Whitehorse, honoured Neil Young, who they proudly admit losing out on their Juno win to, with beautiful renditions of “Old Man” and the politically-poignant “Ohio,” a song penned by Young in response to the Kent State shootings. Before performing “Ohio,” which Young actually recorded live at Massey Hall in 1971 (the album wasn’t released until 2007), guitarist Luke Doucet admitted he’s not sure how much has changed in our world.  Whitehorse performed the cover to a backdrop screen featuring the names of young men killed by police, including Freddie Gray, Eric Garner, Walter Scott and Canadian Greg Matters.

Arkells and Randy Bachman later performed a super jam of “Rockin’ In The Free World” in the second half of the evening and K.D. Lang serenaded the room with a hauntingly beautiful standing-ovation rendition of “Helpless.” Bachman entertained the attentive audience with stories of 71-year-old Young, a fellow Winnipegger, including when Young’s mother called a local radio station to brag about her son’s live shows. 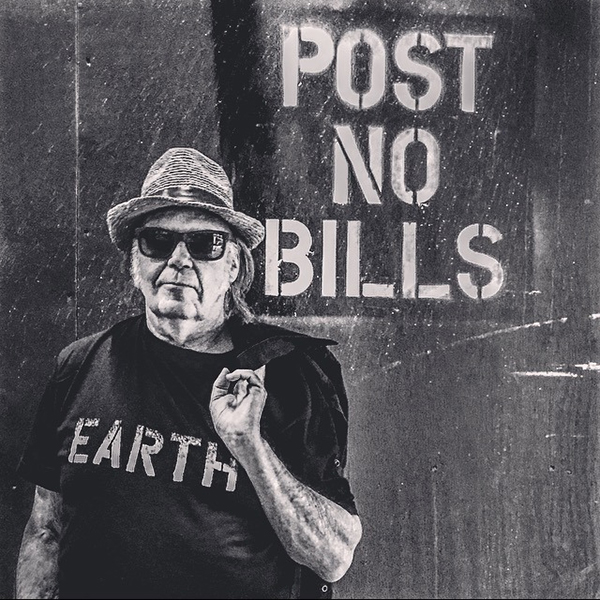 “Songs are like animals,” Young told the crowd during his induction speech. “I thank the Great Spirit for this…. And [although I travel quite a bit], I’ve always been a Canadian citizen.” Young acknowledged his cross-Canada roots and how he followed The Sultans around in Toronto when he was 12 years old. Young also mused he was afraid to come to the ceremony for fear that this was the end of songwriting.

“I’m always songwriting,” he says. “I know I can’t sing, but it really doesn’t matter.” Young’s comment echoes previous Canadian Songwriter Hall of Famer, Leonard Cohen and Venne’s induction speech. “I’m around the notes somewhere… songwriting is great, it’s a lot of fun. To win an award for it, wow.”

The ceremony shifted to honour Francophone Stéphane Venne, who launched his songwriting career with his upbeat Expo ’67 theme song, “Hey Friend, Say Friend.” Kitschy archival footage of Expo ‘67 shone across the backdrop. To induct Venne on the Expo’s 50th anniversary was appropriate, especially given the success he went on to experience as a songwriter after “Hey Friend, Say Friend.”

When he received his induction into the hall of fame later that evening, Venne offered advice to young songwriters: “If you have no voice, no charisma, no nothing, except this [talent], you can leave a mark.” 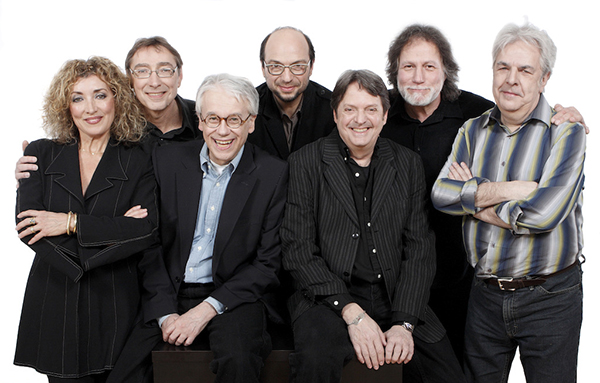 The second half of the evening also included songs for Quebecois Beau Dommage, a group formed in the early 1970s known for popular French folk songs like “La Complainte du Phoque en Alaska.”

Hawksley Workman and Blackie and the Rodeo Kings performed “Silver Wheels” and “If I Had a Rocket Launcher” for political songwriter, Bruce Cockburn, before Buffy Sainte-Marie introduced Cockburn onto the stage. 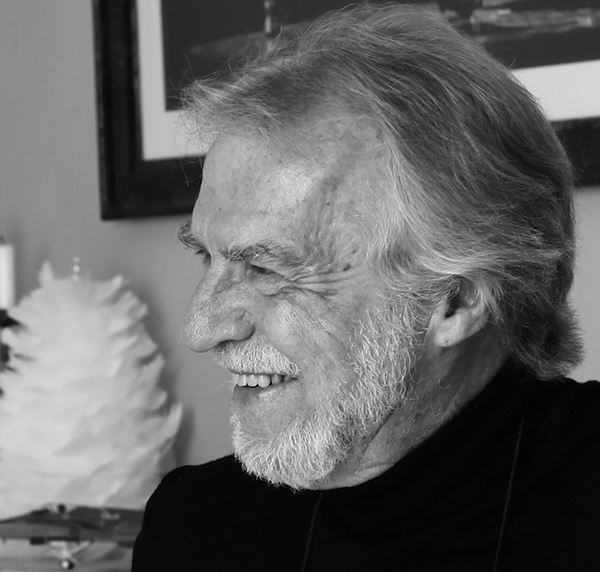 “Bruce is an agitator, an activist, a protester [whose songs] shine the light on injustices,” Sainte-Marie said.

“In a world increasingly defined its by fakery, we together have pulled off the greatest trick ever — we spread truth,” the 72-year-old Cockburn said to his long-time manager Bernie Finkelstein, during his induction speech.

To sit in the legendary Massey Hall and watch four iconic Canadian musicians, two of whom recorded live albums at Massey in the 1970s, was mesmerizing, humbling and inspiring. Given the growing success that Canadian musicians are receiving internationally, to pay tribute to these renowned trailblazers with a star-studded cast marked an evening of true artistic Canadiana pride.

The Canadian Songwriters Hall of Fame returned last night after a five-year hiatus and made a big splash on the music scene.  With a new location in the beautiful Massey Hall and 4 major inductees, the 2017 induction of Beau Dommage, Bruce Cockburn, Stéphen Venne and Neil Young went off with a bang.  Read on for the seven best moments of the evening.

Husband-wife duo Whitehorse were awarded their first Juno this year after losing out to Neil Young several times over in previous years.  Last night, they paid tribute to Neil with two covers- “Old Man” and the much more political and pointed “Ohio”.  Putting a bit of a country-rock twist on the old two, “Ohio” was a solid tribute to this political pioneer.

Also known as the Alaskan Phoque Song, Beau Dommage’s “La Complainte du Phoque” has been controversial and humorous to English-speaking Canadians for a long time.  A short parody video was played in which Michel Rivard of Beau Dommage tried to get money from the government for his song but was turned down for…obvious reasons.   Following that, Damien Robitaille covered the song (which for the record sounded lovely to my English-hearing ears).

5. The induction video of Stéphen Venne

Stéphen Venne’s induction video was by far the most exciting and useful for young songwriters.  As somebody who admittedly cannot sing, Venne has made a solid career of songwriting for others.  His induction video added humour, love and hope to the night as he provided advice and recounted his long, illustrious career.

The most heartfelt speech of the night was when Buffy Sainte-Marie took the stage to thunderous applause.  Seeing this warrior for peace induct a fellow member in the good fight into The Hall of Fame was delightful.  Buffy was specific and descriptive in her speech, pointing out that Cockburn’s songs weren’t just good, they were powerful and meaningful.

Not all the best moments were performances and speeches.  When Tom Wilson promised to read from his upcoming book, I thought “yawwwwn”.  However, he jumped into a section where he discussed at length, the impact that Neil Young’s album Tonight’s the Night had on him.  It was funny, gritty and a fantastic tribute.

In an evening where French and English Canada were represented in a large way and Canada’s Indigenous population was once again underrepresented, William Prince and Elisapie were a breath of fresh air with an important and horrifying message.  Reminding us of how poorly the first peoples of Canada have been treated, the pair created a beautiful version of Bruce Cockburn’s “Stolen Land”.   The deep, thoughtful vocals of Prince contrasted against a feminine and ethereal sound coming from Elisapie that couldn’t be matched.  The message came through in a powerful and soulful way.

Towards the end of the evening, KD Lang came on stage to a moonlit backdrop and no introduction.  With the simplicity of a stand up base, a small melody began to drift across the hall.  Following that, Lang’s haunting vocals cried out “there is a town in North Ontario”.  This simple lyric handed out goose bumps immediately.   Dancing up and down, Lang’s beautiful voice hit the highs and lows of Young’s “Helpless” with ease while still allowing the audience to hear the struggle of the original lyrics.  By far the most emotional number of the evening, Lang’s homage couldn’t have been more uniquely hers or paid better tribute.

The Spill Magazine is a Toronto-based online publication dedicated to covering the independent music scene with a strong focus on our thriving hometown talent. Our writers bring you up-to-date news, in-depth features on musicians and reviews for the latest CD releases. We also travel to the front lines for all local festivals including Canadian Music Week and North by Northeast. Don’t forget to check out our Facebook and Twitter pages for all daily Spill updates.
RELATED ARTICLES
beau dommagebruce cockburnbuffy sainte-marie

by Talia Wooldridge on September 20, 2017
HAWSKLEY WORKMAN ON THE CANADIAN SONGWRITERS HALL OF FAME | #CSHF2017 BRUCE COCKBURN TO BE INDUCTED & HONOURED BY HAWKSLEY WORKMAN On Saturday, September [...]