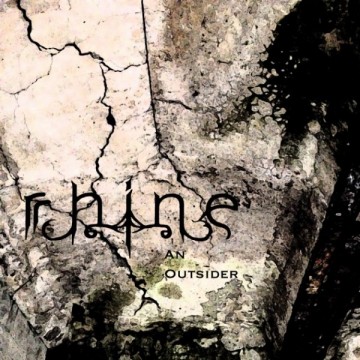 Rhine’s latest full-length release, An Outsider, opens with seriously ominous sounds that will intentionally bend your mind in preparation for its impending sonic doom. The Seattle-based band has a unique brand of melodic tech metal that skillfully blends soft and operatic singing with beastly metal growls that change without notice. Songs take sharp unexpected turns at any given time, leaving the listener constantly guessing; there is absolutely nothing predictable on this release, giving it mysterious appeal. A perfect standout example is the title track, where the song changes from chilled-out ambient keys and guitars to the depths of metal hell with the beast closing in on your soul. At 9:44 it’s a mammoth in length and a personal favourite. As the album rolls on, you come upon another killer track, “Paralyzed,” which has the most addictive and arguably the best melody of the album at the 4:18 mark. This interlude showcases some absolutely outstanding songwriting and guitar playing that is perfectly executed and musically addictive.

As this meandering wonder of an album continues, something rather strange occurs when you reach “P.R.E.Y.” The album completely changes gears with an intricate harpsichord and horns piece that sounds like the melody of a king’s grand entrance. The harpsichord and horns serves as a mere introduction to something much deeper and more sinister as the song breaks into a severely tech-heavy crusher of a song at the 1:01 mark and continues on for a total length of 5:01; the second shortest song on the album.

Rhine’s final opus titled “Fragments” truly shows us how diverse they are. It’s a hypnotic gem that runs deep with reverbs, slow meandering drums and haunting vocals that are beautifully harmonized while taking you away to far unknown places.

For an independently produced and released album, this one’s a keeper and is truly outstanding. For fans of Opeth, Devin Townsend and Death, this is a must.