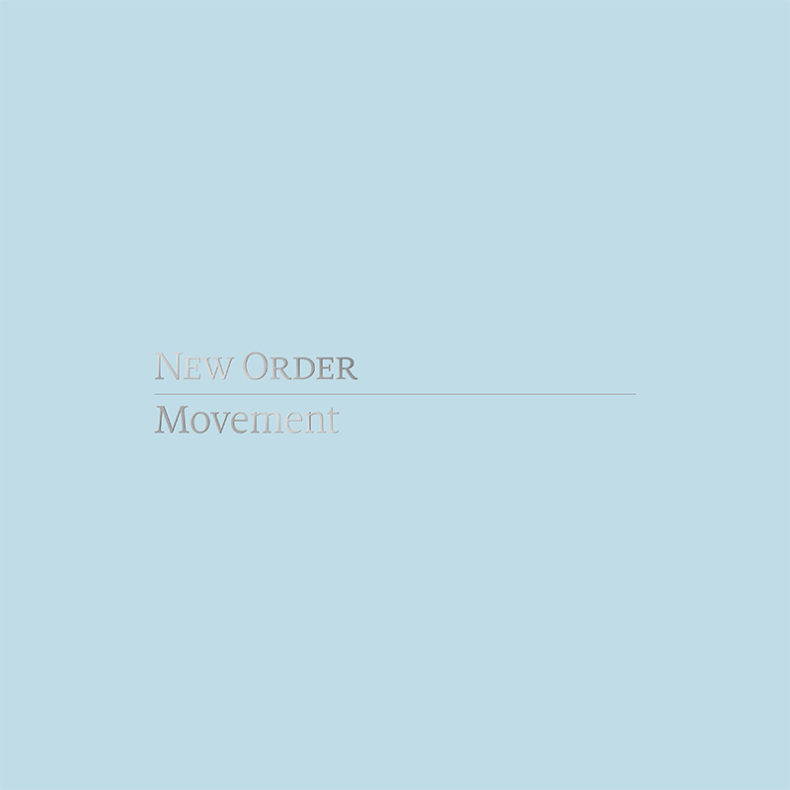 New Order are proud to announce the boxed set release of their debut album Movement on 5th April 2019. The four 12 inch singles that were released around the same period but did not feature on the album will also be released.

Out of the ashes of Joy Division, the remaining members decided to carry on recording under the name of New Order. The band’s debut album Movement recorded between 24th April to the 4th May 1981 at Strawberry in Stockport and featuring all new material, produced by Martin Hannett was released in 11th November 1981 on Factory Records.

The Movement boxed set will include the vinyl LP with its original iconic sleeve designed by Peter Saville, original album CD in replica mini album sleeve, a bonus CD of previously unreleased tracks, DVD of live shows and TV appearances plus hard backed book all housed in a lift off lid box.

The four 12 inch singles Ceremony original version, Ceremony re-recorded version, Everythings Gone Green and Temptation will be released in their original sleeves, one a week starting on 8th March.

Ceremony (version 1)
Recorded at Eastern Artists Recordings in East Orange, New Jersey, during the US visit the previous September, New Order’s first single might, in an alternative universe, have been Joy Division’s next. The 12” single, originally released in March 1981 (the 7” having been released in January) including the original version of ‘Ceremony’, will feature remastered audio on heavyweight vinyl.

Side 1
Ceremony (version 1)
Side 2
In A Lonely Place

Ceremony (version 2)
The alternative, re-recorded version of ‘Ceremony’ now also featuring Gillian Gilbert in the band was released later in 1981 and will feature the later alternative ‘cream’ sleeve rather than the original green and copper. This 12” will feature remastered audio on heavyweight vinyl.

Side 1
Ceremony (version 2)
Side 2
In A Lonely Place

Everythings Gone Green
Originally released on Factory Benelux in December 1981, this 12” featured Everythings Gone Green, which had previously been on the reverse of the band’s second 7” single ‘Procession’ in September 1981,and ‘Cries And Whispers’ and ‘Mesh’ whose titles were flipped on the cover causing confusion amongst fans and compilers ever since. This 12” will feature remastered audio on heavyweight vinyl.

Side 1
Everythings Gone Green
Side 2
Cries And Whispers
Mesh

Temptation
Featuring the full versions of both tracks this 12” was first release in May 1982 and were the first self-produced released recordings. With ‘Temptation’ being a cast iron New Order classic, this is an essential part of any New Order collection. This 12” will feature remastered audio on heavyweight vinyl.

Side 1
Temptation
Side 2
Hurt

by Dan Kennard on March 6, 2020
Phantogram Ceremony Universal Music Lifelong friends Josh Carter and Sarah Barthel, otherwise known as Phantogram, have returned with their first album since 2016, Ceremony, and while it is [...]

by Michael Mitchell on January 27, 2020
CEREMONIES IN THE SHADOWS A CONVERSATION WITH LUIS NAVARRO & JOEL NIÑO, JR. OF TWIN TRIBES Even though the new album has only had [...]
10