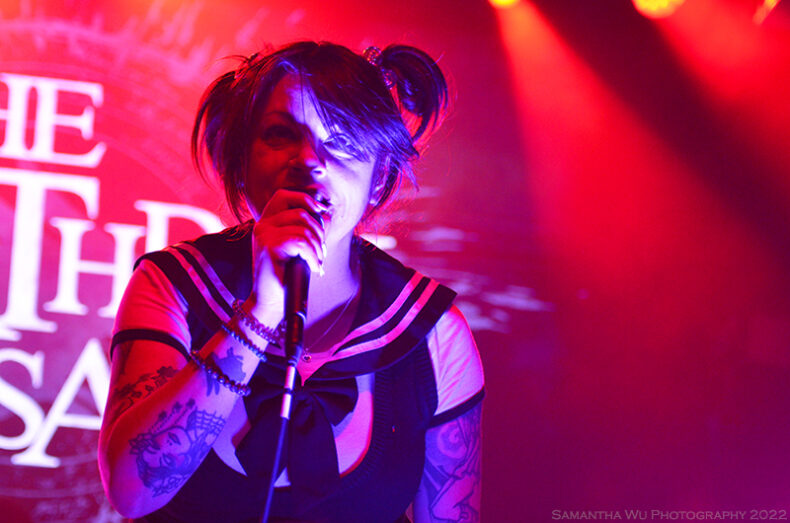 It was a very welcome homecoming this Thanksgiving weekend for Toronto natives The Birthday Massacre. After a month long North American tour promoting their latest album Fascination, the dark wave sextet closed their tour with a performance at the Axis Club along with openers Korine and Dead Posey. The crowd that greeted them were warm, loving, and excited to welcome back the much beloved band after five long years since their last hometown show.

The Birthday Massacre seemed just as eager to greet their fans, friends, and family on this return with lead singer Chibi excitedly exclaiming “We’re home!” when they took the stage. They opened their performance with “Stars And Satellites” off Fascination. Although the tour was meant to promote the new album, they only chose to play a small selection from it, opting instead to fill their performance with fan favourites spanning their last nine studio albums. 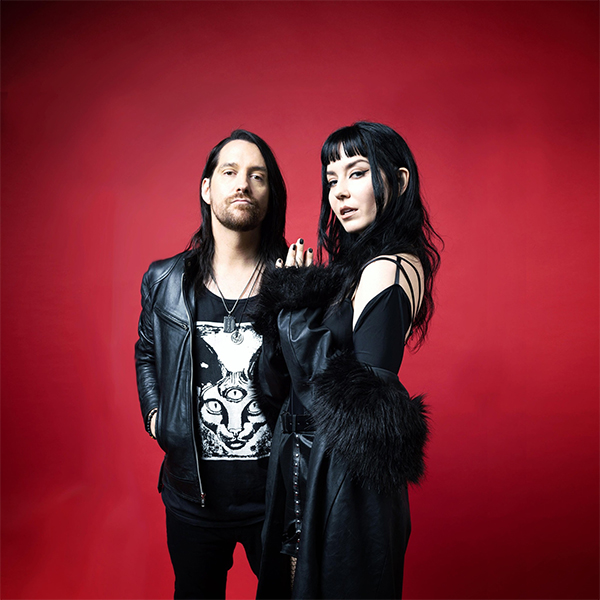 “Superstition”, “Pins and Needles”, “Flashback”, and “Control” were among the many fan favourites. The Birthday Massacre played with passion, as they always do. What’s wonderful about their shows is the fun and love the band have while they perform. They dance around while they play; Chibi interacts with the audience grabbing outreached hands and completing finger hearts. Chibi is often seen joking around and teasing rhythm guitarist Rainbow, keyboardist Owen, and lead guitarist Falcore throughout the show – the beauty of a band who are loving friends on and off stage.

Their stage show is filled with visual elements that pair well with their music that, for the uninformed, is a nostalgic trip of 80s-tinged synth pop as seen through a child-like fantasy filter. The live performance has the stage often flooded in purple-pink light with haze to create a dream-like world. The only downside to the stage set up would have to be the use of bright white strobe lighting pointed at the crowd; it was rather hard on the eyes. 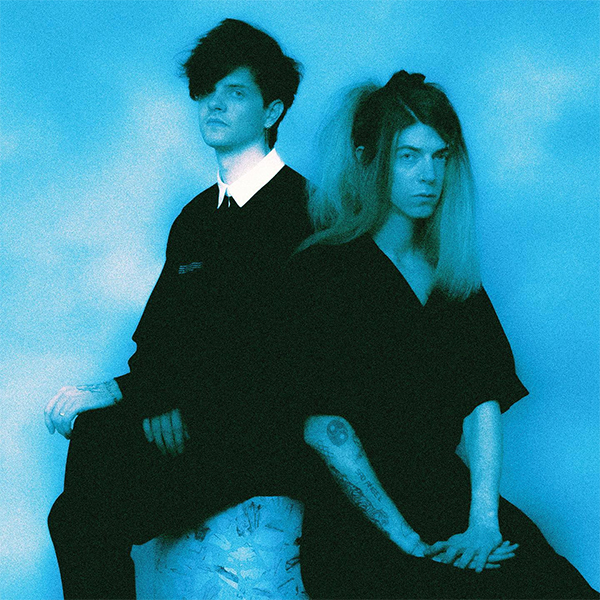 Personal standout moments include their performances of “Red Star”, “Lover’s End”, and “Blue”. I do wish they would have played “Cold Lights”, a personal favourite from the new album. They capped off their performance with a three song encore including “Happy Birthday”, “Falling Down”, and “In the Dark”.

Hopefully, it won’t be another five long years for The Birthday Massacre to return for another hometown performance. It’s clear that the mutual love between their fans and the band is unparalleled and worth the wait.

Samantha is both a writer and a fan of the arts and has been able to find numerous ways to pair the two. Eager to dive head first into writing for Spill, Samantha is an avid partaker and reviewer of live art in Toronto serving as an editor at Mooney on Theatre exploring live local theatre, she's a photojournalist for Go Globehopper, a travel, dining and tourism blog that focuses on Toronto and abroad and previously for Lithium Magazine. She's passionate about music, theatre, photography, and writing -- not necessarily in that order. She drinks tea more than coffee, prefers ciders over beers, and sings karaoke way too loudly. You can follow her on various social media including Facebook, Twitter, and Instagram.
RELATED ARTICLES
fascinationlive reviewmetropolis records

by SPILL NEWS on September 21, 2022
THE HUMAN LEAGUE THE VIRGIN YEARS LIMITED EDITION COLOURED VINYL SIX DISC BOX SET TO BE RELEASED NOVEMBER 11 VIRGIN RECORDS Between 1981 and 1990, THE HUMAN LEAGUE released four studio albums and one extended EP on Virgin Records. Those albums [...]

by Trista Whitman on March 1, 2022
THE BIRTHDAY MASSACRE w/ JULIEN-K & PLAGUE OF STARS @ FINE LINE, MINNEAPOLIS (MN) MARCH 1, 2022 It has been a number of years since The Birthday Massacre and Julien-K played here and based on the crowd size it was obvious this was a [...]
6.0

by Samantha Wu on February 18, 2022
THE BIRTHDAY MASSACRE FASCINATION METROPOLIS RECORDS Toronto natives The Birthday Massacre are back with their 12th studio album Fascination, an offering that is full of the dreamy synth pop and aggressive guitar blend that their fans have loved [...]

by SPILL NEWS on December 13, 2021
THE BIRTHDAY MASSACRE SETS NEW ALBUM FASCINATION FOR RELEASE ON FEBRUARY 18 VIA METROPOLIS RECORDS SHARES NEW SINGLE “DREAMS OF YOU” Veteran darkwave ensemble The Birthday Massacre will release their ninth album Fascination on [...]