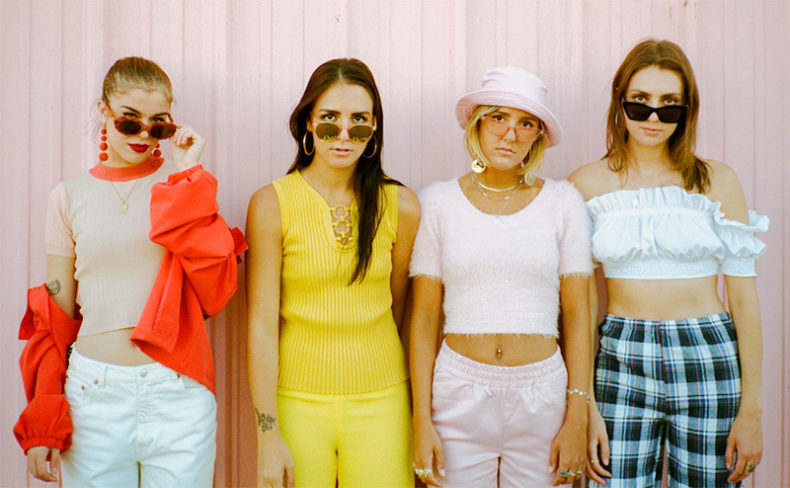 The 16-date run launches April 30th in Tempe, Arizona, wraps May 25th in Washington D.C. and includes two high profile shows at the recently opened Pier 17 at the South Street Seaport in New York on May 19th & 21st. Tickets for the tour available can be found at www.thebeachesband.com. 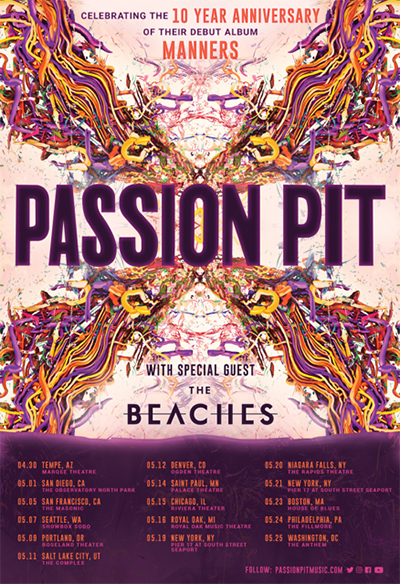 The band’s first tour of 2019 follows the highly successful SOS Tour with The Glorious Sons in November of last year. “We are really looking forward to touring the U.S. again this year,” said Jordan Miller, singer for the Beaches. “Seeing Passion Pit perform Manners every night from the best seat in the house will be awesome. This is going to be a passionate Passion Pit tour.”

Long-time band collaborator Jacknife Lee produced “Fascination,” which followed the group’s breakout tracks “Money” and “T-Shirt” off their debut album Late Show. “T-Shirt,” which was No. 1 on the Canadian rock charts for an extraordinary nine weeks, remains in the top 20 nearly a year after its release.

SPILL NEWS strives to keep our readers up to date with news and events in the music industry. We keep you informed of the most recent information regarding new releases, tour dates, and information items about your favourite artists.
RELATED ARTICLES
fascinationmoneynews

by Samantha Wu on February 18, 2022
THE BIRTHDAY MASSACRE FASCINATION METROPOLIS RECORDS Toronto natives The Birthday Massacre are back with their 12th studio album Fascination, an offering that is full of the [...]

by SPILL NEWS on December 13, 2021
THE BIRTHDAY MASSACRE SETS NEW ALBUM FASCINATION FOR RELEASE ON FEBRUARY 18 VIA [...]