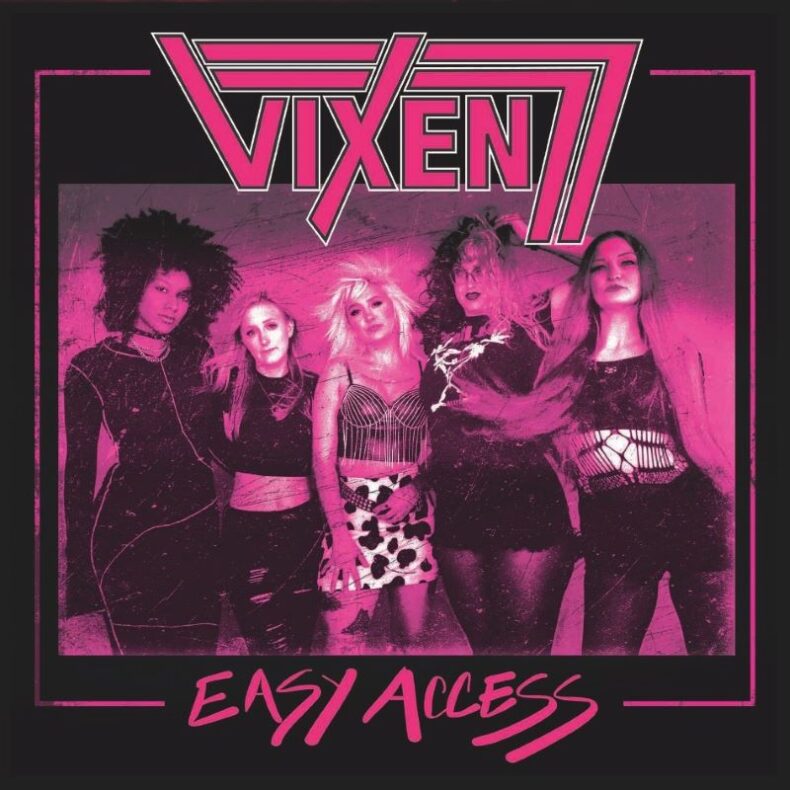 After a run of ripping singles, Philly-based women punk rockers Vixen77 are set to release their highly anticipated debut album Easy Access this Friday (10/14) via Megaforce Records. The album features twelve tumultuous tracks recorded in an impressive seventy-two hours at Retro City Studios that navigate life through love and rock ‘n’ roll, and have already earned support from KEXP, SiriusXM, WXPN and beyond. The band will play a hometown release show at Johnny Brenda’s on Friday, October 21. Tickets are available HERE.

Ahead of the release, today they shared one last peek into the project with the rocking single “Royalty,” first premiered via The Spill Magazine, where they recount their difficulties breaking through the male-dominated industry and take ownership of their throne. “‘Royalty’ is about feeling a sense of purpose in playing music and doing it on your own terms,” the band says. “It’s about loving and playing music your whole life and centering so much of your energy on it. It’s also a good momento mori and reminder to live in the moment because we’re here for a short time, so do what you love.” Buzzy guitars ebb and flow with the snarling lyrics, making the track
a prime example of their fresh take on classic punk, also seen across previous singles “Evade,” “Some Days,” “Record Store,” and “Your Love.”

A bona fide punch in the face, Vixen77 channels influences such as The Stooges, The Runaways, and Johnny Thunders into a snarling brand of Philadelphia punk rock ‘n’ roll. The band is the brainchild of guitarist Caitlin D’Agostino, who dreamt of playing in an all-women rock band since she was in high school. First playing in the Philly punk scene for a few years, she decided to put her dream in motion in late 2018 and formed Vixen77, the name a reference to woman energy and the musical influence of late-seventies punk.

Since reemerging with a new line up after the pandemic, the five-piece has been playing to packed rooms around the Philly area as headliners, and recently opened for the legendary Wayne Kramer on his current MC5 tour. Rock ‘n’ roll should be loud, aggressive, fun, and rebellious — that’s exactly what Vixen77 is ready to bring to the world. Buckle up.

by Contributing Writer on March 13, 2020
THE YETI HAD IT COMING A CONVERSATION WITH BRIAN POSEHN Heavy metal as a genre has a long history of being able to laugh at itself. Anyone with a passing knowledge of Spinal Tap or The Decline of Western Civilization Part II: The Metal Years, or [...]
7.0

by Contributing Writer on February 14, 2020
Brian Posehn Grandpa Metal Megaforce Records Heavy Metal as a genre has often shown that it has a sense of humour. Anyone with a passing knowledge of Spinal Tap or The Decline of Western Civilization Part II: The Metal Years will know that the [...]

by Gerrod Harris on February 19, 2019
GETTING IT ALL OUT A CONVERSATION WITH FRANK BELLO AND DAVID ELLEFSON While the name “Altitudes & Attitude” may not yet ring a bell, it certainly should after the band’s recent full-length debut, Get It Out. Comprised of two of metal’s most [...]
8.0