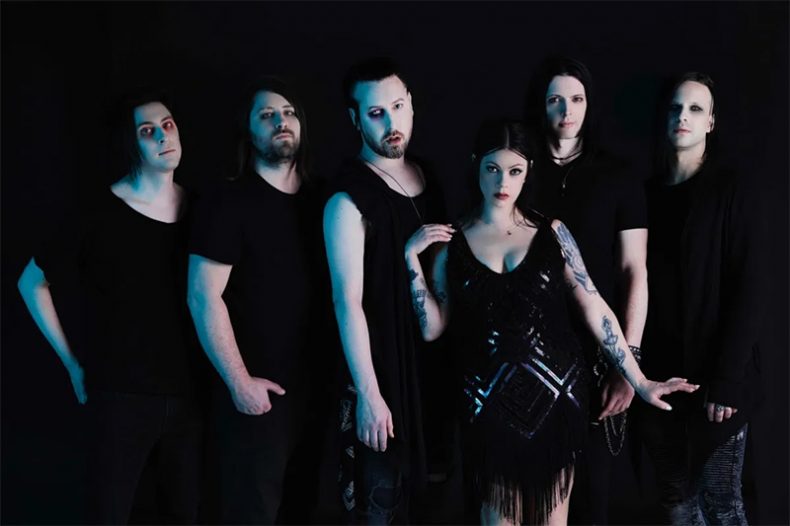 It has been a number of years since The Birthday Massacre and Julien-K played here and based on the crowd size it was obvious this was a much-anticipated show.

Minneapolis-based quintet Plague of Stars, with their doom/gothic metal, seemed a nice fit to be the opener with their dark brooding tones accompanied by vocalist Melissa Ferlaak’s powerful and sometimes opera-like vocals. They played a mix of slower, moody songs and some outright aggressive metal. 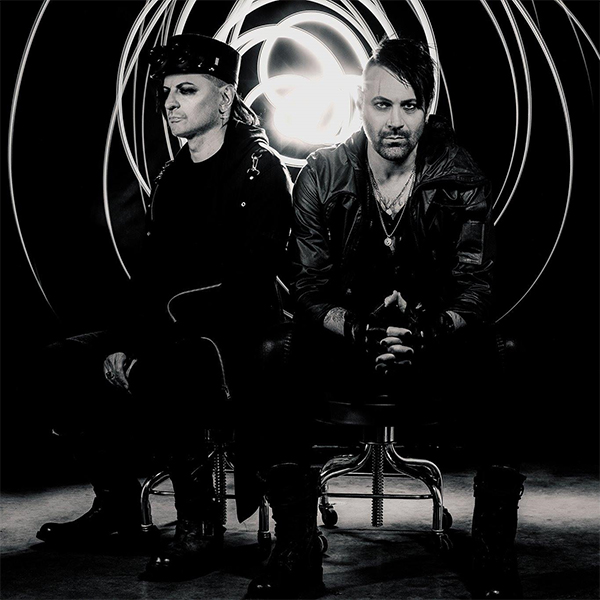 Julien-K, consisting of Amir Derakh on guitar and synth, Ryan Shuck on vocals and guitar, and Galen Waling on drums, delivered an intense level of infectious energy to their performance, leaving audience members who were unfamiliar with them a bit awe struck.  Their mix of industrial, metal, and electronica won the crowd over easily. Shuck was 110 percent with his energy on stage both physically and vocally. Waling’s drum set was positioned to the right side created a new perspective for the crowd as he was more prominent to fuel the energy from his position on stage to the crowd.  To end their set, they surprised the crowd with “Blue Monday”, a cover of a band called Orgy , of which they are former members. 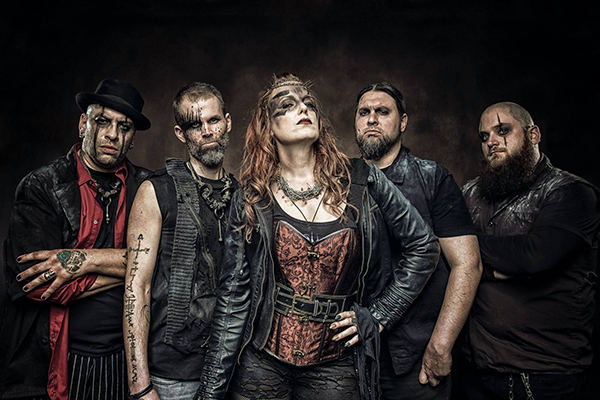 Birthday Massacre played a 20-song setlist including old favorites and newer songs, the crowd got their money’s worth.

There was no slowing down as they swayed and jumped around the stage for over an hour. Bathed in violet light most of the set, it helped set the tone of the dark wave, gothic, and new wave songs that included “Red Stars”, “Under Your Spell” and “Looking Glass.” The setlist varied from dark and bleak, or as Chibi Taylor said “sad, but beautiful.” to heavier electronic rock. The audience also got to experience “Stars and Satellites” and “Fascination”, the title-track of their most recent album release live for the first time. Bleak yet beautiful, dark but romantic. If you’re a fan of Julien-K or The Birthday Massacre, you owe it to yourself to see them live. You won’t be disappointed.

Trista’s a music addict who’s taste in music spans over numerous genres. She enjoys playing her bass guitar, but honestly she’s not very good at it. So she goes to concerts and watches real musicians who are far more talented than her. You’ll find her there in the front row, because, well, she’s short and wouldn’t be able to see the stage very well otherwise, and because she strives to get the perfect photo to capture the experience.
RELATED ARTICLES
fascinationfine linelive review

by Samantha Wu on February 18, 2022
THE BIRTHDAY MASSACRE FASCINATION METROPOLIS RECORDS Toronto natives The Birthday Massacre are back with their 12th studio album Fascination, an offering that is full of the [...]

by SPILL NEWS on December 13, 2021
THE BIRTHDAY MASSACRE SETS NEW ALBUM FASCINATION FOR RELEASE ON FEBRUARY 18 VIA [...]