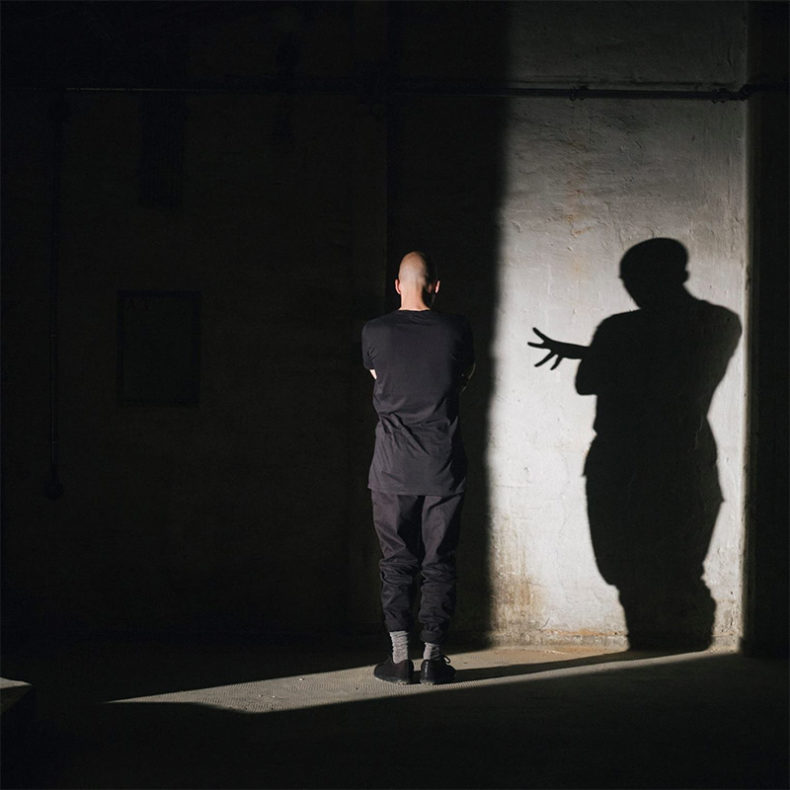 It’s amazing to think that eight years ago only one audience member showed up – late and out of breath – to Nils Frahm’s concert at The Drake.

“When he arrived, I was drinking beers with the promoter” Frahm shared, laughing, to a packed house at Danforth Music Hall. “I explained the piano was broken and not one person had shown up, so the concert was cancelled. Normally a person might join us. But this guy said, ‘That sucks, I just drove an hour to get here.’ And then he was gone…. This is the sort of memory that haunts you like a nightmare” Frahm continued, offering free vinyl to the individual if they were at the concert as an apology.

Frahm shared this charming story as an act of gratitude for his Toronto sold out concert on Friday, March 23, 2018, which formed part of the world tour of All Melody (Erased Tapes), Frahm’s first full electronic album. It fell just 6 days shy of Piano Day (March 29), a date Frahms chose to celebrate the magnificent instrument that catapulted him into the international spotlight.

Since his last world tour in 2014 (he played Adelaide Hall in Toronto), this Hamburg-born composer and producer has been busy in Berlin building Funkhaus, his impressive repurposing of the old East Germany GDR sound studio on the eastern outskirts of Berlin. It is here he wrote and recorded All Melody.

On Friday, a miniature Funkhaus Studio was transported Toronto’s Danforth Music Hall– complete with two performance areas, each crammed with various analog and digital keyboards and a number of knobs, mixers and gear. To the right, an open grand piano and Roland sat amid a number of retrofitted keyboards and gear – which Frahms would go on to meticulously.

Frahm graced a captive audience with a variety of songs from All Melody, opening with “The Whole Universe Wants To Be Touched” and “Sunson.” The audience shhh-ed excited chatterers during Frahm’s mesmerizing performance of his contemplative “My Friend The Forest” wherein a metal gate clacked near the bar, almost perfectly in time, followed by a brief eruption of giggling. 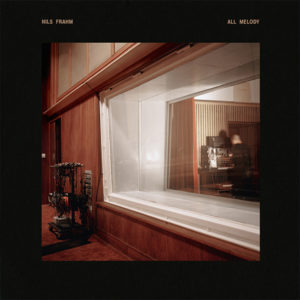 Frahm is recognized for his emotionally poignant, minimalist blend of classical and electronic music and sounds. His perfectionistic nature allows him to create and then near-flawlessly perform vast repertoires of his solo piano and electronic material with an impressive precision. To hear Frahm’s sense of humour on Friday was remarkable – apparently he kept it in reserve at his 2014 Toronto show. As we never know how a serious musician will interact with their fans. Will they turn their back, like Keith Jarrett? Or will they engage the crowd with witticisms, like Frahm?

A funny monologue about Andean panpipes introduced “All Melody.” Frahms explained how he tried to recreate a church organ to tour with – Funkhaus holds such an organ – and, instead, “I ended up with this.” He hit a few notes on the organ – sounds heard in songs “Kaleidoscope” and ”All Melody.” “Critics remarked on the nice addition of pan pipes in All Melody,” he continued, smiling. “There’s nothing wrong with Peruvian music!” But this was obviously not the idea behind the instrument.

Frahm closed his Toronto show on Friday night – pre-encore – with riveting performances of his challenging solo piano pieces “Hammers” and “Said and Done” from his album, Spaces. I was grateful to finally hear these pieces live with the subtle changes he has added after hundreds of performances.  He also performed “Because This Must Be” (7 Fingers).

After a final witty monologue about encores and their lack of spontaneity and how they often include a ‘best of’ medley of all the hits, Frahm promised he would just do one more song – “perhaps my most popular song, even though it is just one note” – an ironic statement given the skill of Frahm’s virtuosity on many keyboards and plethora of electronic machinas. To stay in rhythm during a demanding piano piece is impressive – to do this, while twisting and turning on and off loops, faders, reverbs and washes as a solo musician over a one and a half hour long set is remarkable.  Then, in perfect time, Frahm teased the audience with a quick sample of “Says” (Spaces) before playing the eight minute 20 second multi-instrument piece.

I was sated. Yet Frahm returned to play his percussive and creative “For – Peter – Toilet Brushes – More” where Frahms strikes the piano harp percussively with two white toilet brushes. This followed by the contemplative “Some”.

And, he arrived to greet his fans with a friendly wave of the hand and a bow of gratitude, Frahm vanished off stage. If you missed the concert, you can hear a similar set list from his Netherlands show here.

Talia Wooldridge is an avid music lover, composer and ethnomusicologist who contributes artist interviews, live concerts, festivals and album reviews for Spill Magazine. She has written extensively on the intersection of music, personal identity and cultural symbolism with an early focus on Latin American Hip Hop and female Cuban rappers. In her spare time, Talia writes, composes music and manages Music Can Heal, a non-profit that brings live, award-winning musicians to inspire healing in hospitals, hospices and communities in need. Her next project is an interactive music-travelogue exploring music cultures and music travel around the globe. Follow her here: www.taliawooldridge.com + www.movetoyourownbeat.com.
RELATED ARTICLES
all melodyerased tapesfundamental values

by Talia Wooldridge on January 26, 2018
Nils Frahm All Melody Erased Tapes Nils Frahm fans have been waiting two years for their favourite pianist-composer to retrofit Saal 3, Funkhaus, in Berlin with a new studio. Here Frahm recorded [...]