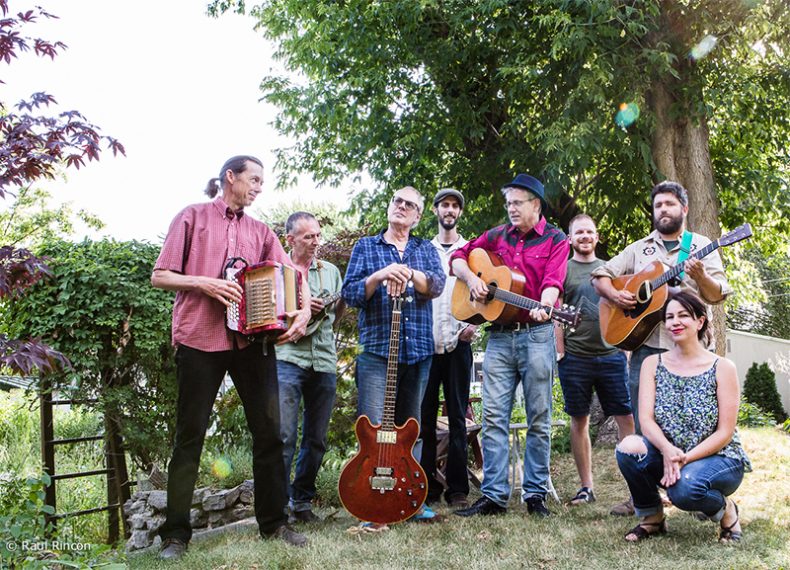 A CONVERSATION WITH CHARLIE ANGUS OF GRIEVOUS ANGELS

Cobalt, Ontario, part of the Temiskaming District region in Northern Ontario, was once considered a ghost town. Although it has a small population, Tesla is now bringing the town back to life. Putting the town back on the map as well, is the fact that this is where we find Charlie Angus, one of the founding members of The Grievous Angels, their current lead singer and principal writer.

The band was formed in 1986 by guitarist Angus. They became a fixture in the Toronto club scene, and by 1989 they had recorded and released their debut album, Toute la Gang. The band became well known for their energetic live show. Believe me, I saw them at The Red Dog in Peterborough and the energy was nothing short of spectacular.  Since 1989, the band has had some changes, but in 2004, even with Angus becoming a Member of Parliament for Timmins-James Bay, the band continued on, albeit with numerous member changes over the years. He is still a member of Parliament. He has just been able to make the two careers coexist.

‘Politics has a way of getting in the way of The Grievous Angels, continually, but you get back together,’ says Angus during our recent conversation. ‘There was a period after I got elected that I wasn’t writing songs at all and I wasn’t playing with The Angels. At a certain point I began to realize that there are certain things a political speech can’t articulate, and there is a power in a song people know if a song is true or not. So I began to write a couple of songs, for the last album, Great Divide, and we went into the studio to record it. It made me realize the power of songs.’

Juggling two careers is not an easy task, especially when both careers are in the public’s eye. But Angus and the band have found a way to make it work for them. ‘I think the amazing thing about The Grievous Angels is that they put up with me. I disappear from their lives for a long period of time, and they are all very cool about it. Then I call them, and I say, “do you want to do something”, and everybody realizes that we don’t know when we will be able to get together again, so everyone comes, totally at the top of their game. And that is very much what happened with this album.’

The band comes together to record and perform and in the case of Summer Before The Storm, an album was not originally planned. “It really wasn’t going to be an album. I think I had two or three songs in mind. But when everyone came together I realized we might not get to do this again, so I thought, ‘could we get four songs, can we get five songs?’  Then I thought, ‘is this possible, for two and a half days, to record an album?’ But that meant I was literally writing songs, on the floor, in between takes to get this album done. There is a real spontaneity, as people were learning the songs just before the red light came on.” 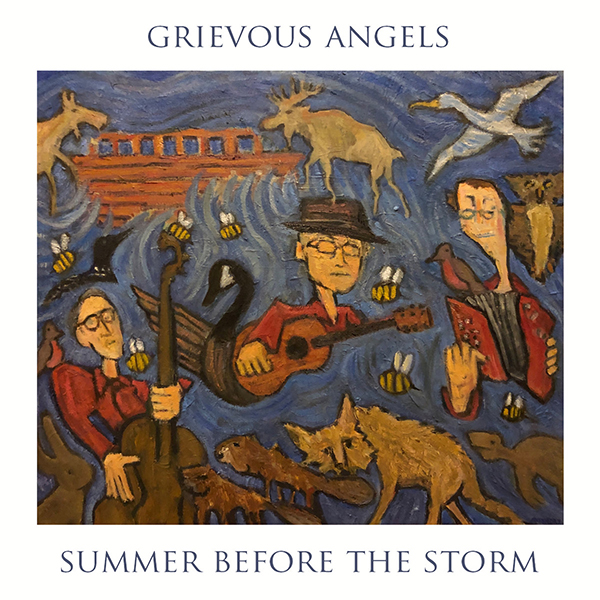 SUMMER BEFORE THE STORM ALBUM REVIEW

One spin of the album and one knows that it was a group effort, and the spontaneity Angus noted is felt in the grooves. This is the sound of a band with a few things to say, but having a great deal of fun saying them. As Angus points out, ‘the crazy experience was really a lot of fun, and everybody seemed to enjoy the fact that we were literally creating it on the spot.’

Some of the songs on Summer Before The Storm have been with the band for a while, waiting to be finished and to find a home here.  ‘The song “House Where Love Died”, that song has been kicking around with the band in various forms for a long time, and it never felt right. So I said to the guys, why don’t we just try it. We’ll do one take, and see if it works. I had a slow, sad ballad in mind, with Janet Mercier I said, “Let’s divide the song up and make it a conversation about a couple breaking up.” And then the band decided to drive it, and suddenly it went from a sad ballad to a driving song. So I said, “Now we have something to work with, let’s record it.”’

Janet Mercier is one of two guests on the album. ‘Tim has become sort of the keeper of the band and keeper of the band’s songs. So if I don’t show up he puts a band together. They invited Janet Mercier. So when we went to record, I asked Tim to invite Janet out. I always loved the duet as a form, especially in a country album. Janet came out, she is really gracious.’

Andy Maize of Skydiggers features prominently on the album as well. With his distinctive vocals he literally joins the band. ‘I remember playing with Andy when I was with L’Étranger and he was with Directive 17 in punk bars. The Angels started playing in the Cabana Room the same time The Skydiggers started. It was a place to learn your chops. Lowest of The Low used to play there. We played with Andy, I don’t know, 10 million times. So playing with Andy is something we wanted to do forever. And we wanted to do “Red Deer To  Margaree” in particular, because The Skydiggers do it, and it is one of their signature tunes, but it is a Grievous Angels song. I wanted to take another shot at it. So Andy came for just that song. So then I asked him to join us on “Iron Working Man”, and Andy is so easy going. I said “can you stick around ?”, and he was like “sure, whatever you want”’

As fun as the album is, Angus does tackle some very serious topics. ‘I did not set out to lay out these themes. “Fields Of Normandy”, “Child Of God”, the issues of war, the issues of refugees. “The Morning After” is just so incredibly pressing after what just happened in Washington. I wrote that the morning after the shootings on Parliament Hill. A lot of the album has these dark threads that weave through our society and we have to address them now.” But that does not mean that the album is depressing or leaves the listener feeling hopeless, quite the opposite. As Angus points out, ‘all our songs are songs of redemption. I believe in the smarts and survivability of working class people, and those are the people I like to write about.’

‘I want the songs to be heard by people. It is not about financial success. We really believe in the songs. You survive in a band like ours for 30 years because you believe in the integrity of the music and you love playing together in a band. We really are a band of brothers.’

Born and raised in Whitby, Aaron discovered music through his love of The Beatles. This led to a career in radio, writing for various publications, and ultimately a radio show about The Beatles (Beatles Universe), which ran for over four years. When not immersed in music, Aaron enjoys spending time with the loves of his life -- his wife Andrea, and daughters Emily and Linda (all of whom have an intense love of music too).
RELATED ARTICLES
andy maizefeaturesgrievous angels

by SPILL NEW MUSIC on January 24, 2021
GRIEVOUS ANGELS – “CHILD OF GOD” A SPILL EXCLUSIVE VIDEO PREMIERE “A brilliant folk album and one for our times.” – Spill Magazine Critics are saying [...]
9.0