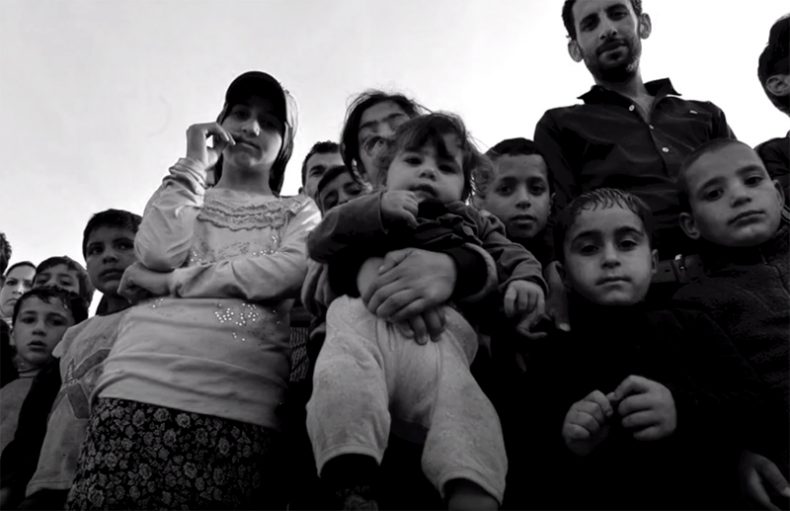 “A brilliant folk album and one for our times.” – Spill Magazine

Critics are saying that the new Grievous Angels album invokes the spirit of Johnny Cash and Woody Guthrie. If you want to know why – check out the video for their new song “Child of God”. It is a haunting portrait of the mass dislocation of people from wars, intolerance and climate change. The song is from their new album Summer Before the Storm. It tells the story of a displaced mother and her child in a world of war and closed borders.

Angels front man Charlie Angus said he was haunted by images of children in the detention centres on the American border. The song fits into a larger album theme about a world of growing social uncertainty and Alt-right backlash.

“We are in deeply unsettled times. Sometimes a song is the only way to articulate the emotional impact on our collective spirit. “Child of God” uses the old gospel format to remind of us the humanity of the millions of people being dislocated by social upheaval. It reminds us that the migrant children being jailed in detention camps are the children of all of us.”

Skydiggers front man Andy Maize participated in the recording of the song. He shares vocals with Angus and the band’s newest addition Janet Mercier, a bluegrass singer originally from Liverpool. Reviewers are saying that “the combination of the voices is stunning and adds a great deal of emotion to the song.”

Summer Before the Storm is the 8th album in the Grievous Angels 30-plus year musical career.