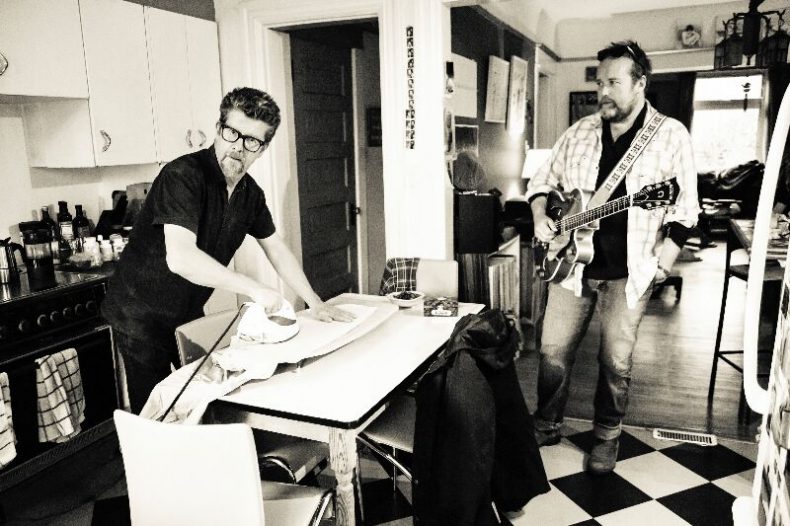 “We are putting this out because we are proud of it and we achieved what we wanted to achieve in the making of the recording,” says Andy Maize about the new Skydiggers album, Let’s Get Friendship Right.

Thirty years ago Andy Maize and Josh Finlayson formed Skydiggers with other friends. Who would have thought that 30 years and 17 studio albums they would still be Skydiggers and would release one of their best albums. From the beginning to today, Skydiggers have made their own sounds and carved their own path often flying in the face of fashion. Members have come and gone, but what it is clear that  Maize and Finlayson as the core of the band have grown Skydiggers in a manner that has not only kept fans intrigued but also became a major influence on the music scene. But it has not always been easy for the two.

“When we signed our deal, as the Skydiggers, in the fall of ‘89, we really wanted to make our first record a live record,” remembers Andy Maize during our recent conversation. “We were playing a lot live, and I thought we had a great repertoire that sounded great live and the record label said that the first record is not a live record. So we said, ‘OK, fair enough’. It was a new relationship and we did not want to start the relationship, saying no.”

Their new album, their 18th, is called Let’s Get Friendship Right, and it is not the usual folk/roots album. A week in Banff on a songwriter’s retreat served as an opportunity to begin the creative process for this album. Not a bad place to be inspired. A beautiful setting resulted in an incredibly beautiful album.

“Both Josh and I have lost our fathers over the last couple of years and a number of friends had passed away. Josh has always said music is good medicine, so we are very fortunate to express ourselves through music when these sort of things occur in our lives. We specifically set out to write, or make a recording, to write songs based on the five stages of grief. We did want to express ourselves and pay tribute to our fathers and friends who are no longer here.” 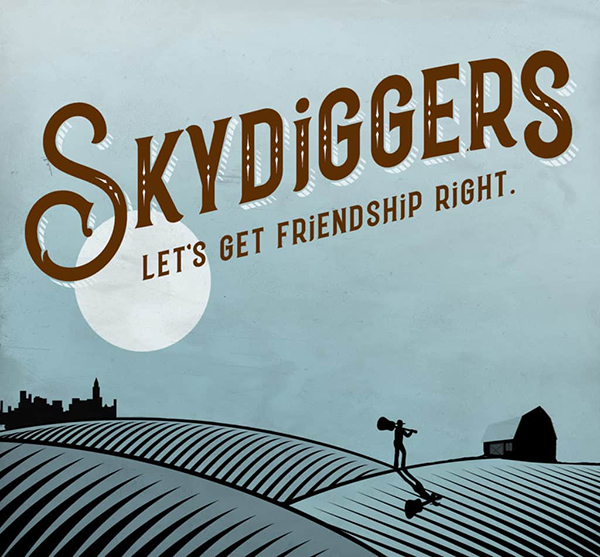 The fact that the album has been accomplished and recorded is the hopes the band had for the record. “We did it,” agrees Andy. Not that there was resistance, but there was a great deal of looking inward and reflecting on life, although Andy is quite clear, “we are not dwelling on nostalgia”

But what is very clear is that this is an album that should be listened to as a whole. “The record is almost like two EPs put together as an album. [On] side one are five songs we specifically wrote in Banff. The second side, or the other EP,  would be material that we had, either older material, and a cover of “It Was A Very Good Year”, the  Frank Sinatra standard. It was in keeping with the overall theme of the album, but it was almost a separate thought in a sense.”

Although it works best as a complete album,  a single has been released, “If I’m Spared”.  The song fits in perfectly with the album, and has an interesting origin. “Josh and I were in Banff. He had this title, I believe was a Great Aunt who would be invited to family functions and she would say ‘I’ll be there, if I’m spared’. I just thought that was a great line. And taking that as a cue and the idea of one of the stages of grief is bargaining. So that is how that song came to be. Using the ‘If I’m Spared’ line and then bargaining for more time, a better outcome or however one wants to interpret it.”

“We are doing a handful of shows. We were just in Winnipeg this past weekend, then Kitchener in October and Edmonton and Calgary in November.”

But fans have something to look forward to come December. “We are doing our 30th Anniversary of our Horseshoe Christmas shows, and we are going to move it to the Danforth Music Hall. We wanted to try something a little different. We are keeping it all in the family as we have for the past thirty years, just changing it up a little this year. The Danforth is a wonderful venue.”

Let’s Get Friendship Right is a stellar album, and one that people can identify with and will be a find comfort and a friend. “For Josh and me it was a way to express ourselves about these momentous moments in our lives, these losses. I say losses, but there must be a better word than that because you never lose these people who mean that much to you, they become a part of you. Either physically through your DNA or emotionally and intellectually through friendships and collaborations.”

Born and raised in Whitby, Aaron discovered music through his love of The Beatles. This led to a career in radio, writing for various publications, and ultimately a radio show about The Beatles (Beatles Universe), which ran for over four years. When not immersed in music, Aaron enjoys spending time with the loves of his life -- his wife Andrea, and daughters Emily and Linda (all of whom have an intense love of music too).
RELATED ARTICLES
andy maizefeaturesif i'm spared

by SPILL NEW MUSIC on January 24, 2021
GRIEVOUS ANGELS – “CHILD OF GOD” A SPILL EXCLUSIVE VIDEO PREMIERE “A brilliant folk album and one for our times.” – Spill Magazine Critics are saying that the new Grievous Angels album invokes the spirit of Johnny [...]

by Aaron Badgley on January 24, 2021
TOMORROW COMES FROM TODAY A CONVERSATION WITH CHARLIE ANGUS OF GRIEVOUS ANGELS Cobalt, Ontario, part of the Temiskaming District region in Northern Ontario, was once considered a ghost town. Although it has a small population, Tesla is now [...]
9.0