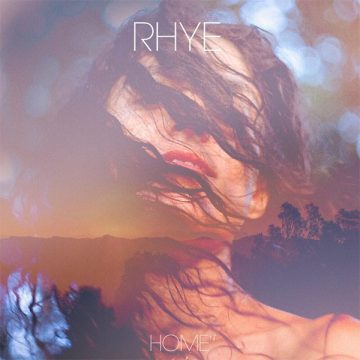 Toronto-born Michael Milosh has been able to cultivate something both unique and engaging with Rhye–a sultry, soothing mix of R&B and indie pop which toes the line between energetic and beautifully quiet.

In his third full-length effort, Milosh expands the limits of Rhye’s typical palette by just enough that the record stands a head taller than the preceding two.

If the infectious, unapologetically disco-heavy single “Black Rain” is any indication, the production has never been clearer. Perhaps a nod to the mixing of Alan Moulder, or simply to the effortlessness it feels that Milosh puts into the songwriting – adding new layers of synth and back-shelf instruments which collaborate effectively underneath his smooth croon.

Rhye’s vocal elements, however, do seem to be the limiting factor on a handful of these tracks. “Need a Lover” exudes heavily produced vocals over a beautifully arranged ballad which would have benefitted most from remaining stripped down. The reverb and vocal echo take the song from a simple emotional piece to something that has too much on its mind. Closers “Fire” & “Holy”, conversely, feel incredibly subdued and forgettable. While the former bares likeness to some mix of Massive Attack and Radiohead, the track never meets the likes of its influences.

Where the album does shine, however, is in the first two thirds when the music feels wholly alive, the coalescence of complex arrangements aiming to produce easy listening. “Safeword” gets this right – a sonic adventure that seems to pull international influence, evoking images of islands in the middle of crystal-clear waters. “Come in Closer” feels unique and ethereal before bellowing into a burst of classic instruments over soaring high vocals. Even “Sweetest Revenge” manages to elevate itself from previous Rhye efforts, beginning in a familiar place but punctuated by a groovier bass and amplified by a breakthrough in vocal range.

With Home, it’s clear Milosh has found the sweet spot with his brand of alternative pop. It remains to be determined, however, if Rhye has exhausted the limits of this format and whether Milosh is brave enough to take bigger risks on Rhye’s next outing.

Robert Defina is an avid critic both on paper and in person. He spends more time writing album reviews than he does worrying about his future. He hopes that this sort of procrastination never grows old.
RELATED ARTICLES
album reviewalbum reviewsblack rain
10