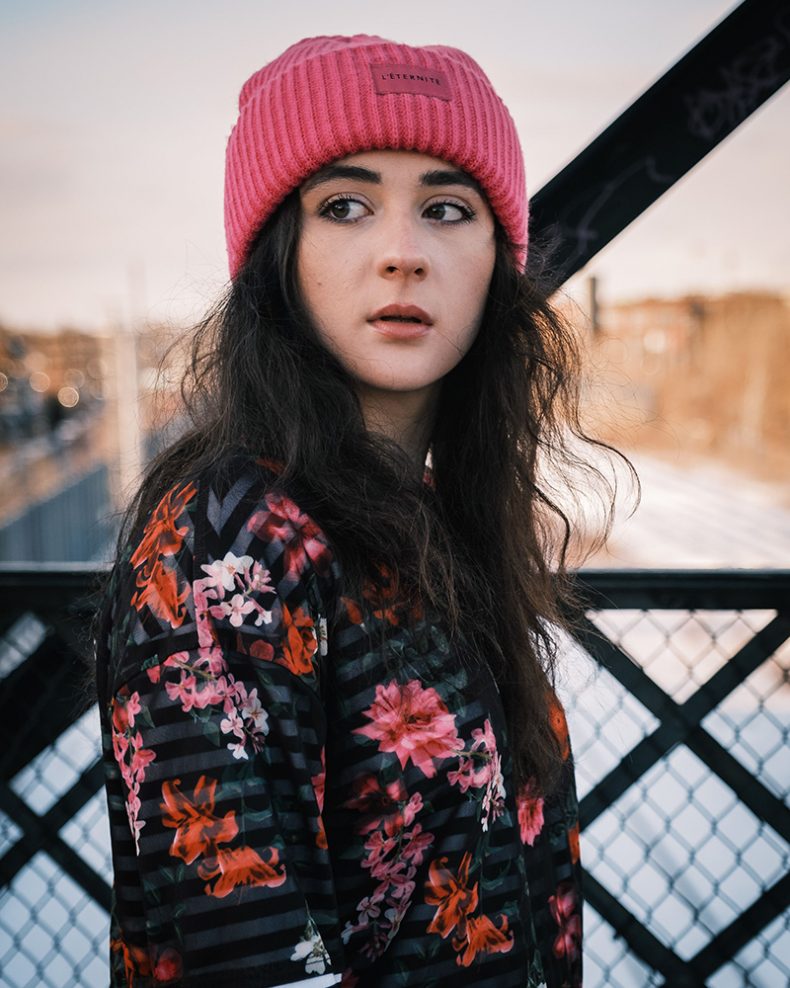 THE PROMISE OF A DISAPPOINTMENT GIRL

A CONVERSATION WITH DELYN GREY

Musicians often refer back to some dark places and thoughts in their lives and try to turn them into best possible music they can. This is probably one of the toughest artistic processes. Personal darkness is something very intimate, and turning it into music that matters to more people than just you can be quite painstaking.

Whether that is something Toronto singer/songwriter Delyn Grey went through when she came up with her latest two singles, “Battle” and “Ghost Town” may stay a mystery for now. But listening to them, you are hit with both the dark places she visits and some exciting sounds and lyrics she comes up with.

The first thing that hits you is Grey’s exceptional voice. It has been described it as “a cross of Jeff Buckley with Patti Smith, P.J. Harvey, early Soundgarden and Adele.”

Grey seems a bit puzzled by this comparison, but also flattered at the same time. Actually, it seems that is where here main influences come from.

“I’d say, wow, HUGE shoes to fill…no pressure, right? Whoever said that definitely nailed down some major influences of mine, notably Jeff Buckley, Adele, and Soundgarden,” says Grey. “Buckley, Adele, and Cornell are arguably some of the most incredible vocalists this world has seen. It’s whacky to be compared to individuals that I idolize so greatly. I used to perform Adele songs at my piano concerts as a kid (those poor people listening). I can’t count the times I sat on my bed listening to “Grace” and “Down on the Upside” and never having felt so connected to music. Those artists gave me hope, motivation, and drive to hone my craft so that one day I could accomplish a slice of what they had.”

But Grey doesn’t just try to emulate one or all of her influences. The two singles and the forthcoming EP Disappointment Girl actually mark some sort of personal musical rebirth – rebirth that signals a Delyn Grey sound that is distinctly her own. At the same time, all that darkness she sings about for her seems to be process of harnessing deep feelings, and the music that surfaced was the product of her processing the hurt she felt. 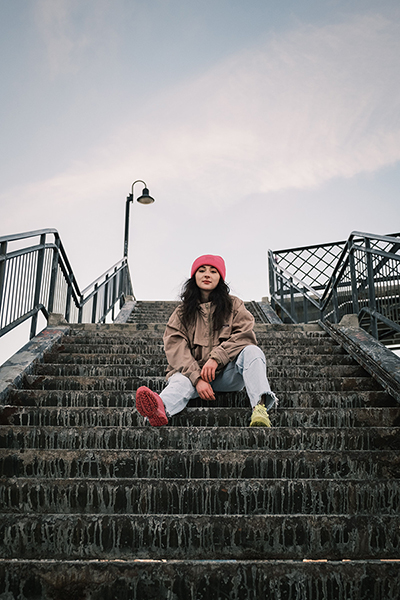 As she explains, most of the songs that will be released on the EP were written in 2017, when Grey was just 17 years old. “I still connect to them, arguably more powerfully than when I wrote them,” explains Gray. “I love that. Early on, I shied away from giving myself away to the music and writing about real life struggles because I didn’t want people to think less of me or think that I was hungry for attention. Needless to say, I’m happy I took the jump.”

Talking about her songwriting process, Grey explains it as ebb and flow. ” I try really hard not to force anything. If I’m feeling it, I’m feeling it, and I may get a song out. Sometimes lyrics come before melody, vice versa, sometimes nothing comes for months and then handfuls of songs come flooding when I dedicate time to reconnecting with my creative world.”

As she explained elsewhere, she took the advice of producer Justin Abedin who told her to “stop trying and just let it flow.” Based on “Battle” and particularly “Ghost Town”, the advice worked.

But getting it to work was not just owing to her inborn talent but the fact that Grey took her music seriously as soon as she felt it. Her family raised her on music ‘classics,’ from Elvis, The Beatles, Elton John and David Bowie. So, it is no surprise that she started out as a choirgirl, is a trained pianist and a self-taught guitarist.

It seems that the upcoming Disappointment Girl EP could be the big break Delyn Grey deserves, particularly if it continues the promising trend of the two singles. “I haven’t made my final song selection yet, but all of the songs live in an alt-rock world. You’ll definitely hear “Ghost Town” and “Battle Influences” with dashes of newness.”

But what will that newness be? If Grey continues to release music ‘fearlessly,’ as she puts it, letting all the feelings come out, it seems that her obvious talent will prevail.

“I’m a dreamer. I can see my music in movies and show soundtracks, winning awards, and taking me around the world. I’ll always be working towards achieving that, but I’ll be satisfied so long as I do what I can to give my songs a chance at finding the people that needed them like I did when I wrote them,” says Grey as she talks about how she sees her music develop from here.

So far, the reaction to her music has astounded her in many ways, and she’s not mincing her words about it. “I’ve had 12-year-old Disney-crazed kids and 55-year-old classic rock fans tell me they love it. I think any kind of music fan can find something in my music because it’s truthful. I put everything I have into it, man. It’s the real stuff.”

And yes, Delyn Grey seems to be “the real stuff”. A disappointment girl that shows some incredible promise.

Formerly a lot of things, including a journalist and a translator, currently a freelance writer living in The Netherlands.
RELATED ARTICLES
featuresghost town