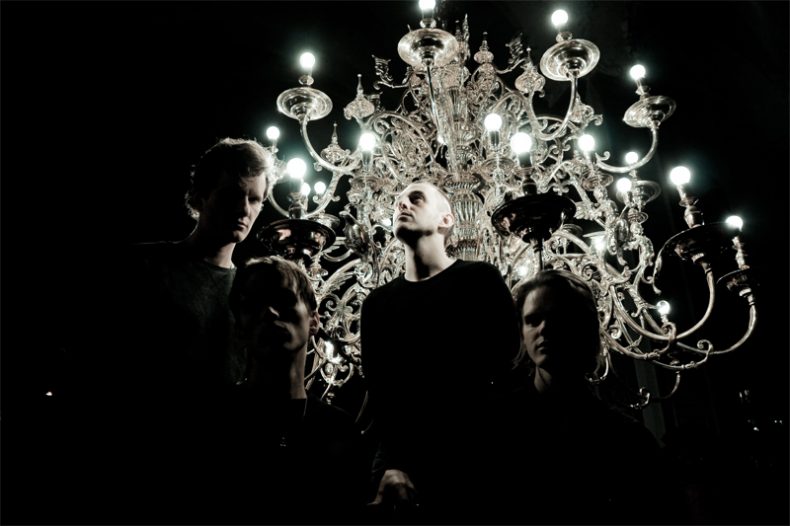 LEARNING TO LIVE WITH MUSIC AGAIN

A CONVERSATION WITH JONAS SMITH & SØREN BUHL OF BLAUE BLUME

Since releasing their debut EP Beau & Lorette in 2014, Blaue Blume has garnered positive reviews and a loyal fanbase with their blend of indie-pop, with unusual elements such as the use of synthesizers and creative recording techniques.

Their latest work, Bell Of Wool, marked a new sonic direction, disrupting traditional methods of music composition. They immersed themselves into experimentalism, and drummer Søren Buhl took some time to share insight into their new album. “The opening track “Swimmer”, which is this big pad that’s almost the entire track, all of the sounds of that song are guitar and vocals, like even the bass drum that comes in, in the end, is a distorted guitar.”

In times of Spotify’s playlists, cookie-cutter songwriting, and new artists lacking originality trying to conform to what it’s perceived popular, Blaue Blume, through their whole discography, showed signs of not being afraid to experiment and challenge the status quo. In the new album, they took this one step further. “I think mainly just the desire to try to expand our sonic palette, so at the core of everything is still those instruments but just a with a bigger amount of processing.” On songs such as “Rain Rain”  “Lovable” and “Sobs”, noteworthy atmospheric beds blended with synthetic melodies that at times sound organic, at times artificial, transformed the album in a unique sonic experience. 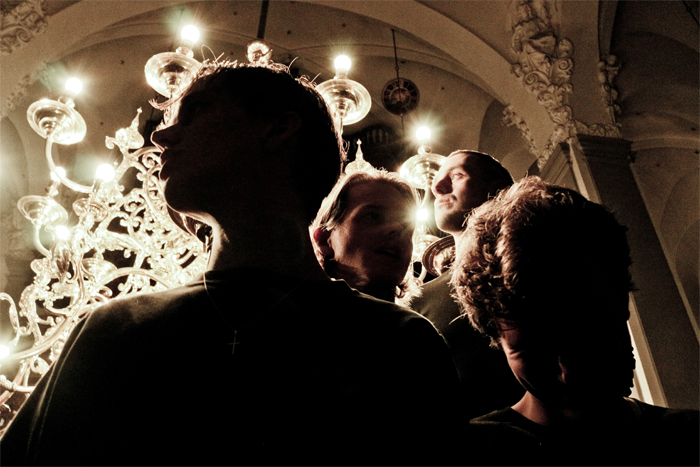 Bell Of Wool distanced itself from their previous work as synthetic soundscapes, processed vocals, and acoustic textures evolved the band’s sonic aesthetic to new heights. Influenced by the New Romanticism made famous by bands such as Duran Duran and Spandau Ballet, the four young musicians always displayed interest in the intricate, ambivalent and alternative ways of working. “I think that a very big influence for us is Talk Talk, all of their work actually, but especially their method of working on the last two records Spirit of Eden and The Laughing Stock.”

Sometimes life takes unexpected turns, and during the process of recording Bell of Wool, Jonas Smith, the charismatic singer, struggled with depression and found himself reviving a lot of the images he painted through his own lyrics. “When we continued the work on the record trying to finish it, that’s when I became aware that a lot of the pictures I write about I found myself in.” Through a mix of modern production techniques and traditional songwriting methods, the band infused old and new influences that resulted in a special sonic blend.

It’s hard to keep a positive mindset when such things happen, Smith channeled positive emotions through tunes such as “Swimmer” and “Someday” where lyrical flair projects a hopeful desire for better days. In a soft tone he comments, “I don’t know if it’s important for me to say that this is not necessarily a record that deals with this theme, It’s also a very hopeful and light record in many ways, and it can be heard on different days with different moods on your bike.” 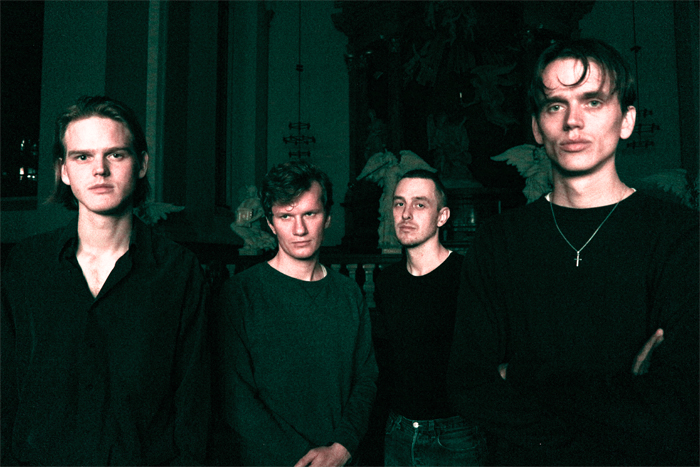 Being part of a band is a similar dynamic to being in a marriage where the commitment to support each other feels natural and underlies the core of the relationship. A lot goes into making an album, therefore, overcoming challenges is inevitable so they took a step back during the recording sessions and waited for the storm to end. As to how they dealt with those issues, Buhl explains: “I think it was just a delay in a way, something that we couldn’t get around and we had to just take a break and sit down and relax and be together as friends for a time before we could work on the record again.”

A lucid nightmare fueled the creative atmosphere of the album where Smith dreamed of a flying bell ringing without sound, this experience changed his conceptions about life and led to a process of self-discovery. This incident resulted in the name of the album, and the marvelous artwork amplifies the message as Bell of Wool is an adventure into experimentation and beyond. Through music and the connection with his bandmates, Smith escaped into a new reality whilst freeing himself from the darkness within him.

Change leads to growth, and to achieve a healthy balance between making great music that fulfills the soul and keeps feeding the group’s creative drive, this experience has thought them how to approach their artistic career into the foreseeable future. “I think we can all agree on that, that we’ve actually learned to live with music again, not from it anymore and that’s really a relief.”