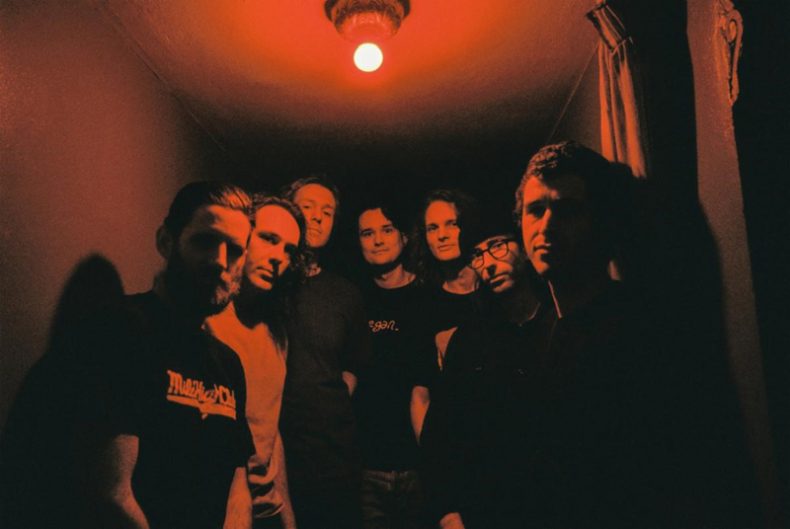 King Gizzard & The Lizard Wizard have announced a run of 2020 North American tour dates, set to take place in between their unprecedented career-spanning marathon sets at The Greek Theatre in Berkeley, CA and Red Rocks in Morrison, CO. These new dates are set to begin April 19 at the Crystal Ballroom in Portland, OR and will end on May 2 at Franklin Music Hall in Philadelphia, PA just days before their two-night Red Rocks run. All dates will feature support from Leah Senior. The artist presale for these new dates begins on Wednesday, December 11 at 12pm EST, and they will go on sale to the general public on Friday, December 13 at 12pm EST. See below for the full itinerary.

Due to popular demand, the band has now added a second career-spanning marathon show at Red Rocks on May 5, 2020, the day before the originally scheduled May 6 performance. These performances will run for three hours and incorporate material from all 15 of the band’s records without repeating a single song between sets.

The stats on King Gizzard’s colorful career are stacking up fast: 15 albums in 7 years (including five in 2017 alone), 10 of them charting in the Top 20 in Australia, where they are now arguably the country’s most innovative, important and productive rock band. International critical acclaim. Headline festival appearances. And perhaps most importantly, a fervent worldwide fanbase who share endless memes, mixes, videos, graphics, theories and discussions, all through which they explore and expand what they have termed “The Gizzverse.”

This was a banner year for the band, who also released the thrash-metal worshipping Infest The Rats’ Nest alongside the decidedly mellower Fishing For Fishies in 2019. Infest The Rats’ Nest saw the group scoring their highest-ever first week sales and chart positions — the album sold just over 8,600 copies / 10,000 album-equivalent units in its first week, debuted at #1 on the Vinyl chart and #2 on the Alternative Albums chart, and also came in at #3 on the Independent Albums chart, #4 on the Rock Albums chart, #7 on the Billboard Top Albums chart, and #64 on the Billboard 200 chart. Fishing For Fishies peaked at #1 on Billboard‘s Tastemaker Albums chart and #2 on the Heatseeker and Vinyl Albums charts.

King Gizzard also embarked on a massive world tour this year, with U.S. highlights including Los Angeles’ Greek Theatre, NYC’s Central Park Summerstage, Washington, DC’s 9:30 Club and many more. The band then went on to perform across Europe and Asia, and will resume touring with a run of festivals starting in Jakarta, Indonesia in November. See below for the full list of currently-announced tour dates.

Before releasing the “Mars For The Rich” video game, the band shared three singles from the album — the wildly heavy “Planet B,” the chugging “Self-Immolate,” and the blastbeat-laden “Organ Farmer” — and their absurdly dark accompanying videos. These new tracks prove that King Gizzard & The Lizard Wizard aren’t mere dabbling dilettantes when it comes to thrash and metal. Their love of this ferocious music runs deep, and was previously explored on 2017’s apocalyptic concept album Murder Of The Universe, hinted at during the award-winning Nonagon Infinity’s more bludgeoning moments and elsewhere in numerous hardcore psychedelic freak-outs in their back catalogue.

In a display of their defiant creative restlessness, the prolific group released the decidedly mellower Fishing For Fishies (ATO) earlier this year, which featured the stomping electro-shuffle “Cyboogie” and the playful title track.

SPILL NEWS strives to keep our readers up to date with news and events in the music industry. We keep you informed of the most recent information regarding new releases, tour dates, and information items about your favourite artists.
RELATED ARTICLES
fishing for fishiesking gizzard & the lizard wizardnews