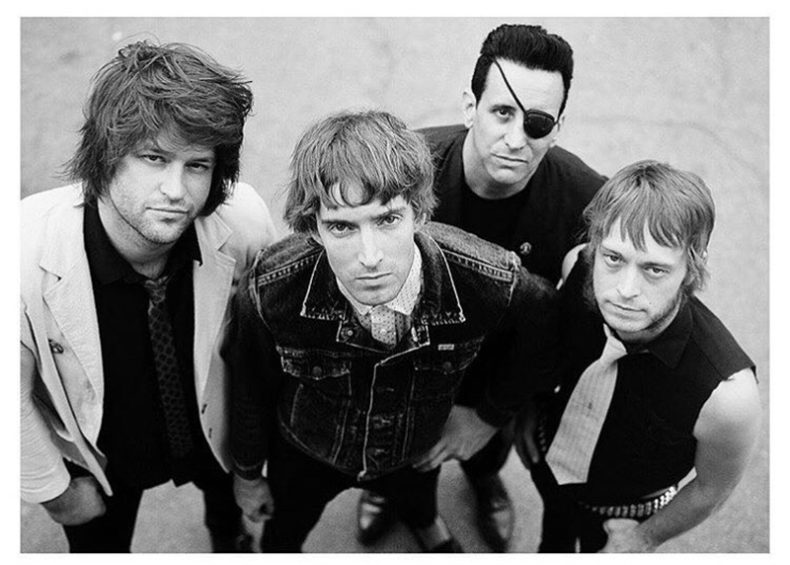 FEED THE CHILDREN, YOU DUMMY

A CONVERSATION WITH CHEAP TISSUE

The eclectically-named garage punk band Cheap Tissue brings back the nostalgia of old school punk rock with its no-bullshit attitude, mocking the inauthenticity of new age politics and the hyperreal LA social scene to a backdrop of fast, banging riffs. They’re all about the music, without a trace of diva: “I prefer to not listen to my own music”, Andrew Taylor (guitar/vox) says, “I’m not Mariah Carey or Anton Newcombe”.

The band members have all been playing music since childhood, and have hopped from band to band ever since.  Matt Spizer (drums) played in The Hunns and was later in a band with The Damned’s Brian James; John Tyree (bass/vox) was a member of Richmond Sluts and plays with Derv Gorden from The Equals. Jesse Youngblood (guitar/vox) and Taylor played in a band together about ten years ago, and when they started thinking about getting together a new band, it “all just kinda worked out”. The process of finding a solid lineup for a band can be grueling: “Jesse and I started writing, we switched a couple members in the beginning, tried various people out”, Taylor recalls, conceding, “but this lineup has been solid for a while”. Though the bandmates have all “played several different styles of music”, the “different styles come together”, lending a clarity to Cheap Tissue’s wild, frenzied sound. “Everything we’ve all done relates to our influence and playing style”, Taylor asserts, “we all enjoy and take from various elements and put it all together in our own way”.

Most of the band members are originally from California, with Taylor from Long Beach, Tyree from Riverside, and Spizer from Hollywood, making their transitions to LA life fairly natural. Youngblood grew up in Uruguray and later lived in Santa Barbara, which is where he and Taylor met, as Taylor had “moved there briefly, trying to chill out”. Though none of the band members grew up in LA, it is “definitely all of our homes, and we love it here” – though it seems like a strange breed of love, given their lyrics heavy LA-mocking bent.

“A lot of our songs are about social commentary in the LA world that we live in” Taylor says – and Cheap Tissue’s music definitely echoes its classic punk rock predecessors in condemning the fakeness of Hollywood culture. The band’s first album, Cheap Tissue, was released in March and is a quintessential punk band’s first LP, complete with distorted vocals and guitars, fast tempos, and lyrics that celebrate old school rock ‘n’ roll. “The main thing about the first album was basically that all of your ridiculous new age ideals are selfish bullshit that you justify by telling other people that they are mean and/or insensitive”, he explains. “I’m not condoning bullying or any sort of fascism, I’m just being honest. Some of this shit has gone too far and it’s laughable. Everyone just needs to shut the fuck up and live the best way that they can. Be respectful to others, but do not condone bullshit sympathy cards”. 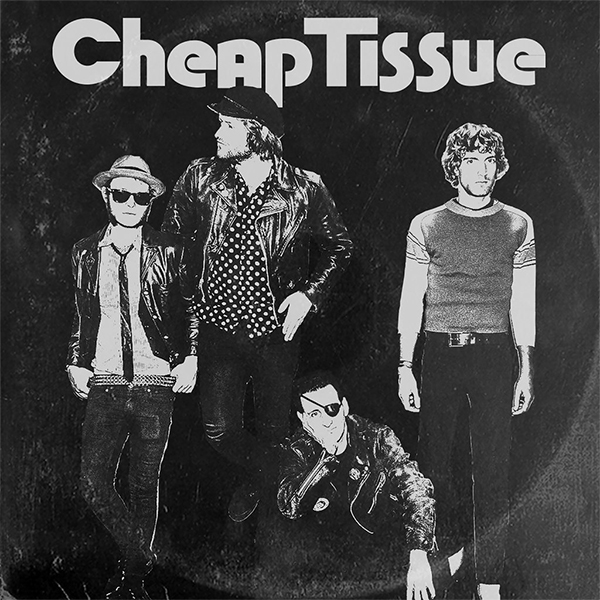 The first track on Cheap Tissue is a catchy, hard-edged riot song called “Feed the Children” and “the first song Jesse and [Taylor] wrote together”. Its tune and lyrics are prototypical ‘80’s garage punk, with gritty guitars and a punk-rock agenda:

In line with the no-diva attitude of a true rocker, the two “bullshitted it forever until [they] actually wrote the lyrics”, yet the song’s message is genuine. “This is basically it”, Andrew explains. “Cut the shit. Your problems are privileged and stupid and you’re being a baby 99 percent of the time. Care about something more important than yourself, because you’re not important at all. Feed the children, you dummy”.

The band’s songwriting process is unplanned and organic; the songs sound like a whirl of chaotic sonic energy, fueled by passion, booze, and impromptu late-night jam sessions. “Sometimes I will finish a song both lyrically and melodically and then other elements come in…sometimes a song gets written with the entire band and the lyrics get written last”, Taylor says. “We all have so many influences from the ‘40’s to present…our influences are derived mostly from ‘60’s garage and ‘70’s and early ‘80’s punk, but we all like blues, soul, girl groups, jazz…. all that shit’. Though Cheap Tissue is “obviously…of a certain cloth”, they have “tons of songs that [they] haven’t put out yet that span genres”, so while they might stick to their classic punk routine, expect the band to integrate other genres into their music, as “New Promotion” did on Cheap Tissue, fusing punk rock with a ‘50’s vibe and Elvis-style modulated vocals.

“Band names are usually musicians’ least favorite part of being in them”, Taylor maintains, and Cheap Tissue’s name is a common point of misconception: “it’s not about toilet paper, despite popular belief”, they insist, though they admit, “we have thrown it out at shows as a joke occasionally”. Though the name “Cheap Tissue” was flippantly posed “as kind of a joke” by Taylor’s girlfriend, it is a name with substance behind it. Given the band’s propensity to criticize LA culture, “it just was funny to all of us to refer to everyone as cheap human meat bags. Tissue refers to flesh. Not toilet paper”. “Toilet paper is also fun”, Andrew muses, “it doesn’t really matter anyway”.

When asked about plans for future music, Cheap Tissue answered that they’re ‘gonna do the same thing…do what we want’. “Some things we’ve been working on are similar, some are different”,Andrew adds enigmatically, “you’ll see pretty soon”.

Isabel is an English major at the University of Toronto, and spends most of her time reading books, listening to punk rock music, and writing for anyone and everyone willing to read it. Raised in Toronto, her somewhat eclectic music taste has been shaped by a healthy mixture of mosh pits and Mirvish musicals. She thinks live music is the highest form of entertainment.
RELATED ARTICLES
apemancheap tissuefeatures
7.0